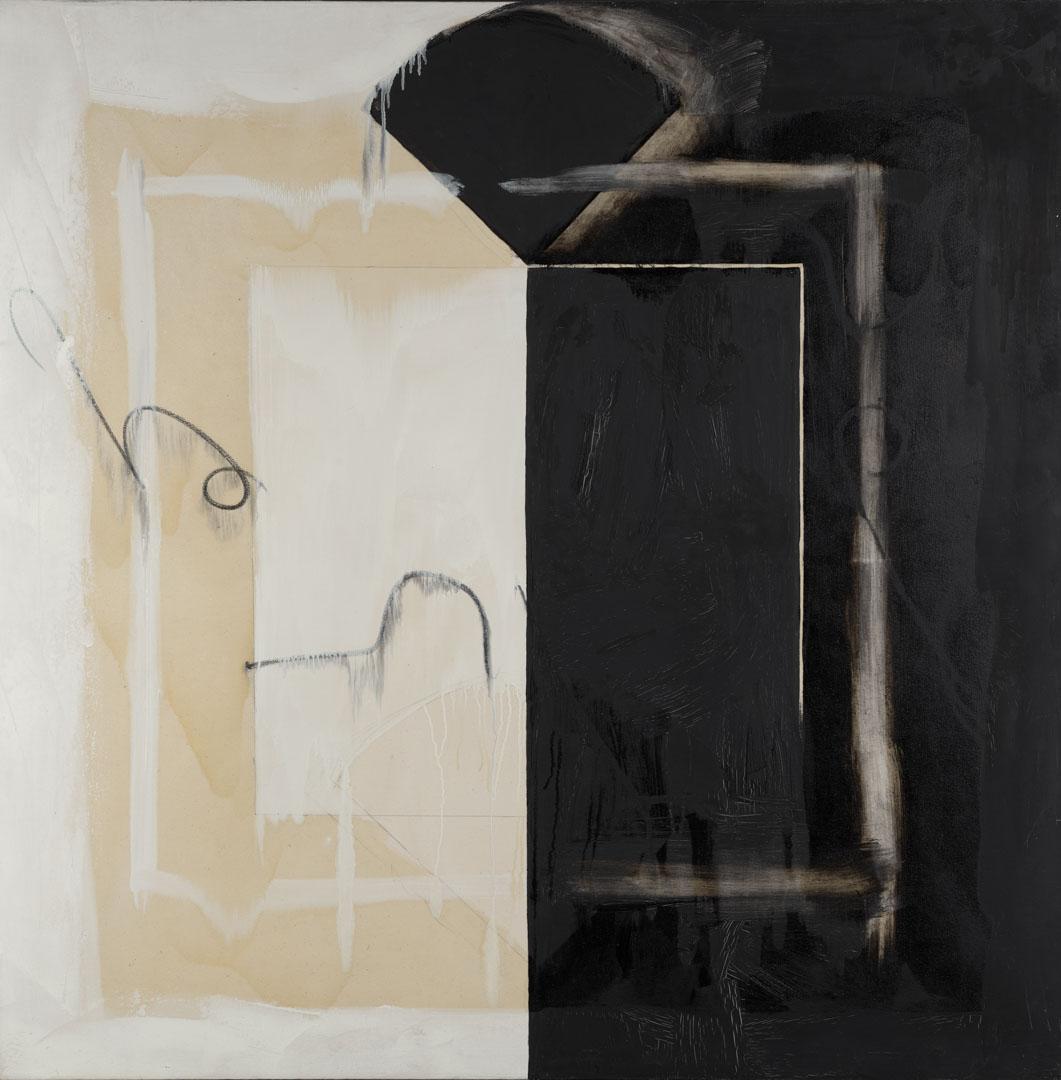 For biographical information see Acc. no. 1983.001 'Additional information'. 'Modern tart' is an example of the group of paintings by Denise Green incorporating the fan shape, a motif that carries a wide range of connotations, including femininity, codified social behaviour and concealment. Painting and drawing play equally dominant roles in Green's work, as this monochrome black and white painting demonstrates. Drawn gestures and strokes of diluted paint are freely combined. Like most of her work done since relocating to New York in 1970, 'Modern tart' is concerned primarily with the inter-relationship of drawing and painting, and with challenging the blandness of minimalist traditions. Scribbles, smudges and washes of turpentine animate the surface of the work beyond the strict simplicity of its minimalist geometric composition. Sections of bare canvas, as well as the non-colour, emphasise the painting's resemblance to a drawing. This ambiguous appearance is reinforced by a series of paradoxes relating to freedom of execution and effervescent calligraphy, combined with tight symmetry. The artist describes the black and white paintings which include 'Modern tart' as representing a sudden change in direction in her work, commencing in 1991. 'A distinctive motif based on a square, two fan-like shapes and the whole with calligraphic markings asserted itself as I painted a series of large canvases. A square functions like an inner zone or aperture, and the two quadrants, by sitting on their point, became stable in relationship to each other and the square. The images in these ... paintings are vessels, fans and architectural elements like porticos. These shapes are again charged, like my earlier "new image" paintings, with symbolic meaning ... it occurred to me that my work was being stimulated by suppressed emotions surrounding my father's death [twenty years earlier]... I began to realise that the new drips and runs that had formed in my paintings were like tears. Many of the new paintings were outlined in black, appearing much like a death notice.'(1) 1. Green, Denise. 'Painterly thought and the unconscious'. 'art press', Feb. 1994, unpaginated. 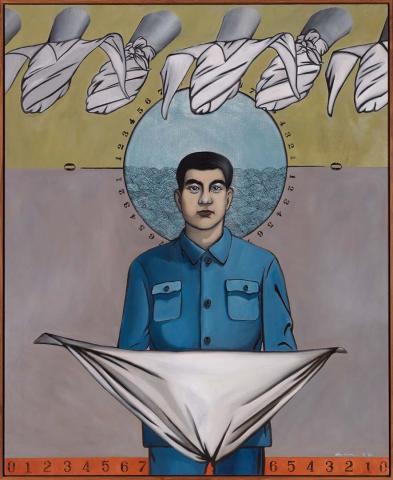 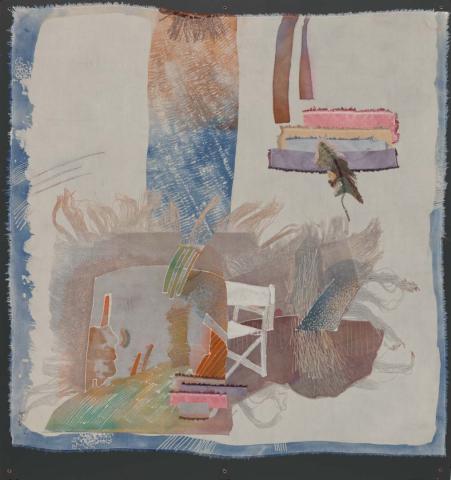