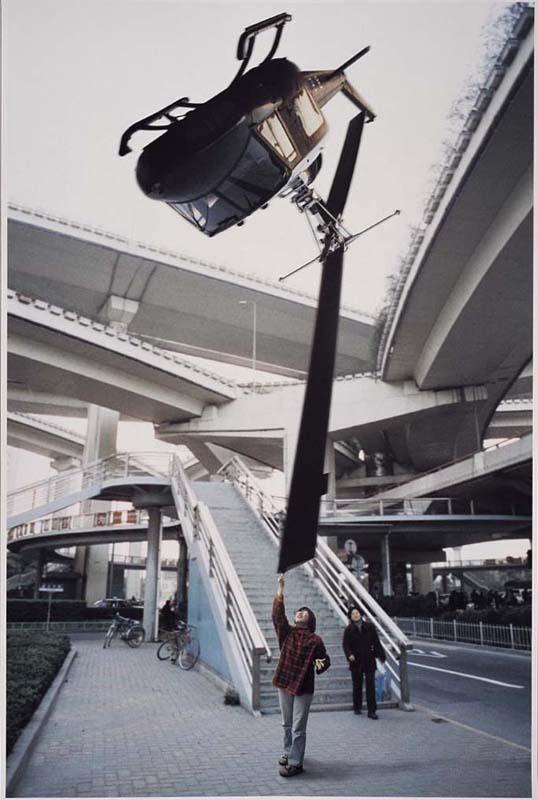 Yang Zhenzhong's clever visual ploys often make use of humour and the absurd to powerfully provoke satirical comment on contemporary life in a rapidly changing China. He engages with political, social and cultural issues in an effort to confront the assumptions of everyday life.

For the series 'Light and easy', Yang Zhenzhong uses the streets of Shanghai as the backdrop to situations in which the logic of gravity has been suspended. Objects such as a helicopter, a magazine vending machine and a military truck teeter at alarming angles balanced on a youth's outstretched finger. Digitally composed, these images play with the signifiers of social order, capitalism and wealth. Speed (a motorbike), control (a police car), desire (vending machines) and war (a military truck) are metaphorically referenced; these objects are held in death-defying balancing acts which feign invincibility and ease. These bold feats of strength display a showmanship that goes beyond necessity, suggesting an exaggeration and mockery of ambition and will. In this fast-modernising city, Yang displays objects related to social order and wealth as feather-light, their weightlessness calling into question their usefulness and longevity.

'Light and easy' encapsulates the dreams of middle-class Chinese people who, given the choice to leave behind traditional and political ideals, are thirsty for the experience of personal gain. In the largest of these photographs, which is not part of the smaller series, Yang inverts the Shanghai skyline and extends his own hand to one of the city's most famous landmarks, the Oriental Pearl TV Tower, in Lujiazui. Ten years ago this area in Pudong was a slum, but today it is densely populated with skyscrapers. The advance of China's 'economic miracle' is most evident in this city: a glittering horizon signals its eclectic architectural history, entwining cosmopolitan past, prosperous present and future potential. Yang underlines the social and political agenda implicit in China's urban renewal, and the imperative to maintain Shanghai as an international centre for contemporary culture. 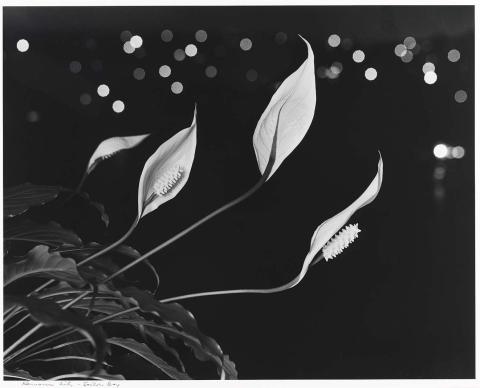 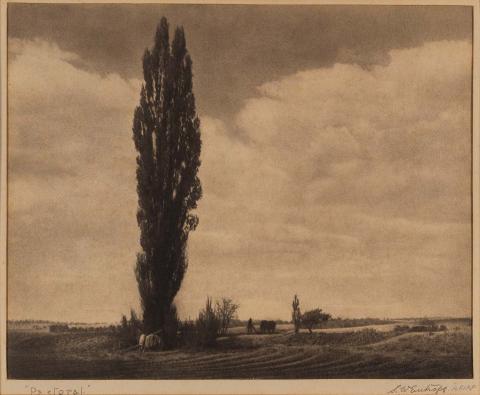 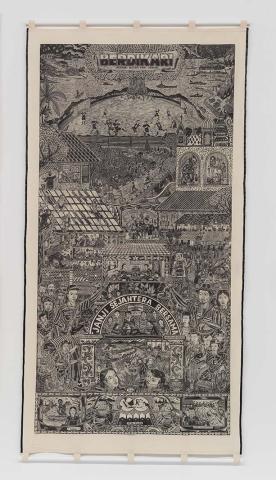 Janji sejahtera (The promise of prosperity) 2008 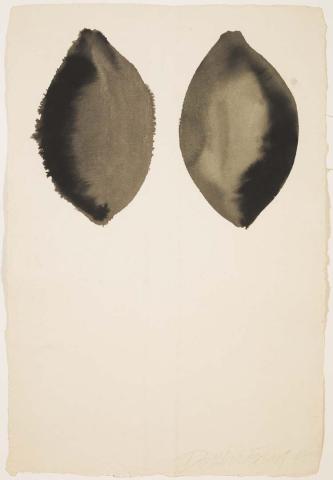 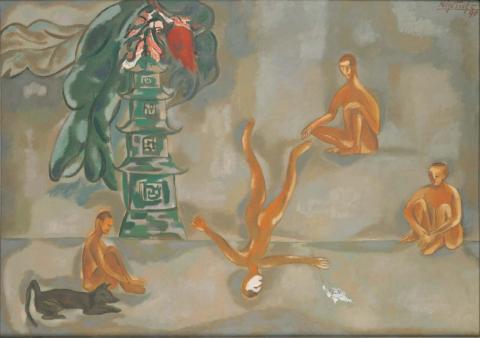