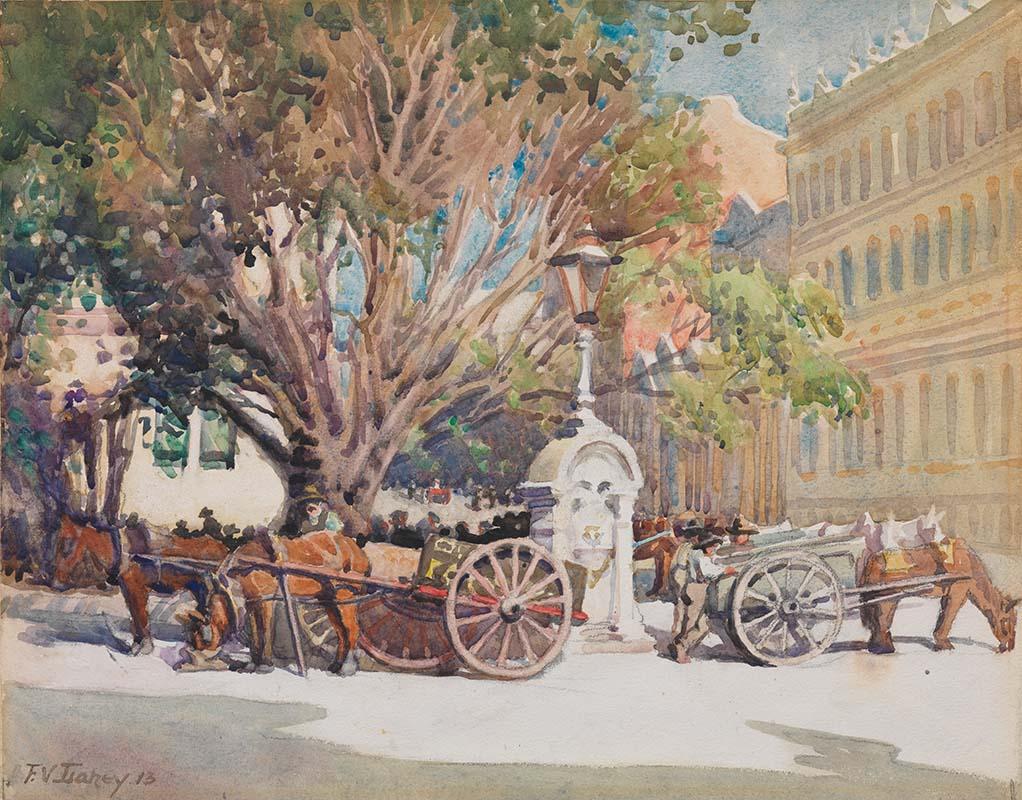 The pristine colours in this work show Lahey's accomplished technique at an early stage of her career. The painting depicts the historic Eagle Street Fountain in central Brisbane and features some of Brisbane's commercial activity. Here, Lahey shows the carters and horses, then employed by Bryce's City and Suburban Parcel Delivery, resting in the shelter of the tree before venturing out on their rounds of the suburbs. Twenty years on, the horses and carts were largely replaced by motor vehicles.