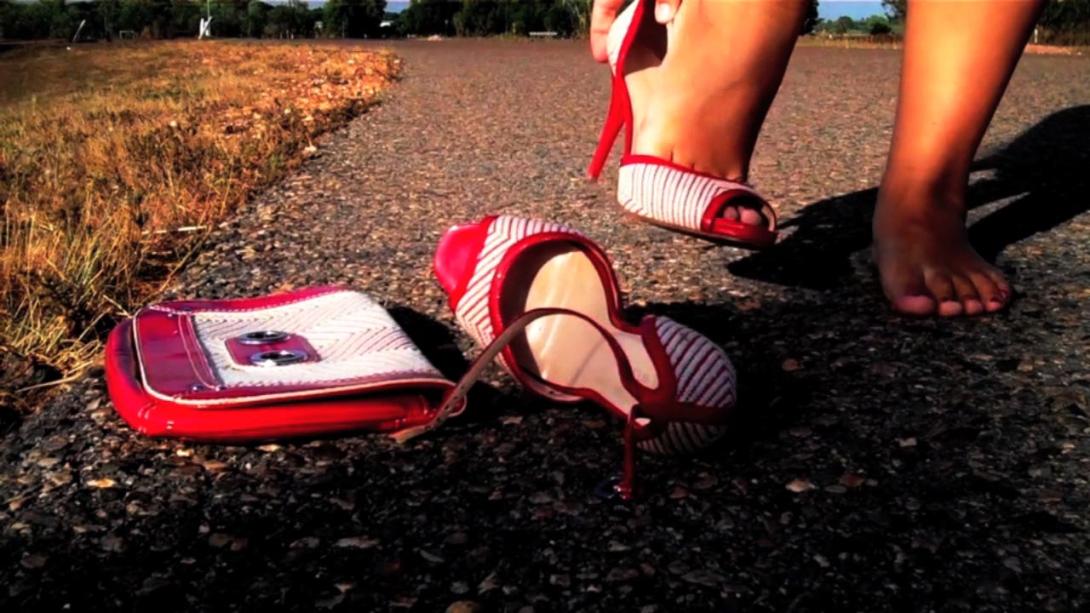 Over a career spanning decades, Julia Mage’au Gray has creatively responded to her Pacific heritage and culture. Inspired by its performance traditions Gray revives and adapts customary forms, working across dance, photography, tattoo and video to create compelling multimedia works. A characteristic choreographed work by Gray for her company Sunameke Productions, for example, brings dance together with photography and highly polished video projections.

In the 2011 production Who Born You?, to which Best foot forward contributes, Gray explores ideas of cultural heritage and belonging. As a performance piece, Who Born You? draws on an extensive repertoire of Pacific dance traditions to structure and develop a narrative about contemporary Pacific identity. The video components of the work provide a parallel thread, intersecting at times with the performers movements, at other times providing an expanded view of contemporary Pacific culture.

Central to the work is the exploration of Gray’s own sense of ‘Nesian identity’. Gray deliberately uses the term ‘Nesian’ to challenge the colonial imposition of ‘Melanesian’, ‘Polynesian’ and ‘Micronesian’ labels and to articulate the long standing connections between all peoples of the Pacific. Born in Papua New Guinea to a Papuan mother and Australian father and now living in Australia with a Maori husband, Gray’s work refuses the idea of essential ‘identities’ exploring the movement across and between.

The spectacular golden grass skirts worn by women in her mother’s Mekeo culture for performance often provide a metaphor for this movement. A close shot of a swaying Mekeo skirt worn by Gray’s sister Yola opens the video segment and dance passage for Best foot forward. As the camera pans out from this, the music tones up and a fully clothed woman in high heels strides away from the viewer, along a bitumen road. Without turning to face the camera Yola stages a dramatic performance centred on the shedding and retrieval of the heels. A seductive tension is created between the ways in which the skirt extends the performers body, its organic fibres fluidly moving in unison with her movement, and the spiky, restricting impact of the shoes which are desired, discarded and then picked up again.

An exploration of the intersection between urban and traditional lifestyles and the artist’s dual Papuan and Australian heritage, Best foot forward also responds to the huge archive of colonial video and photography of Papuan women in traditional bilas. The opening shots of Gray’s Best foot forward more or less replicate the pose and adornments of this plethora of archival material, with Yola pictured as a set of seductively swinging hips. A sense of life, power and identity is however restored to Yola as she takes control of the scene, and the choices made around the markers of her identity and sexuality. Best foot forward strongly asserts a sense of a Papuan bodily inheritance as well as acknowledging the historical agency of photography and film - the very mediums that Gray now employs - in the colonial administration of her people. Gray thus retrieves the power over representation that many of her anonymous female ancestors were denied and, by copying their stance and dress, asserts the continuation of Mekeo womanhood.

Bold, sassy and deeply layered, Best foot forward packs a punch. The work provides a strong statement on contemporary Papuan culture, life and identity in the face of urbanisation and a history of cross cultural interactions.