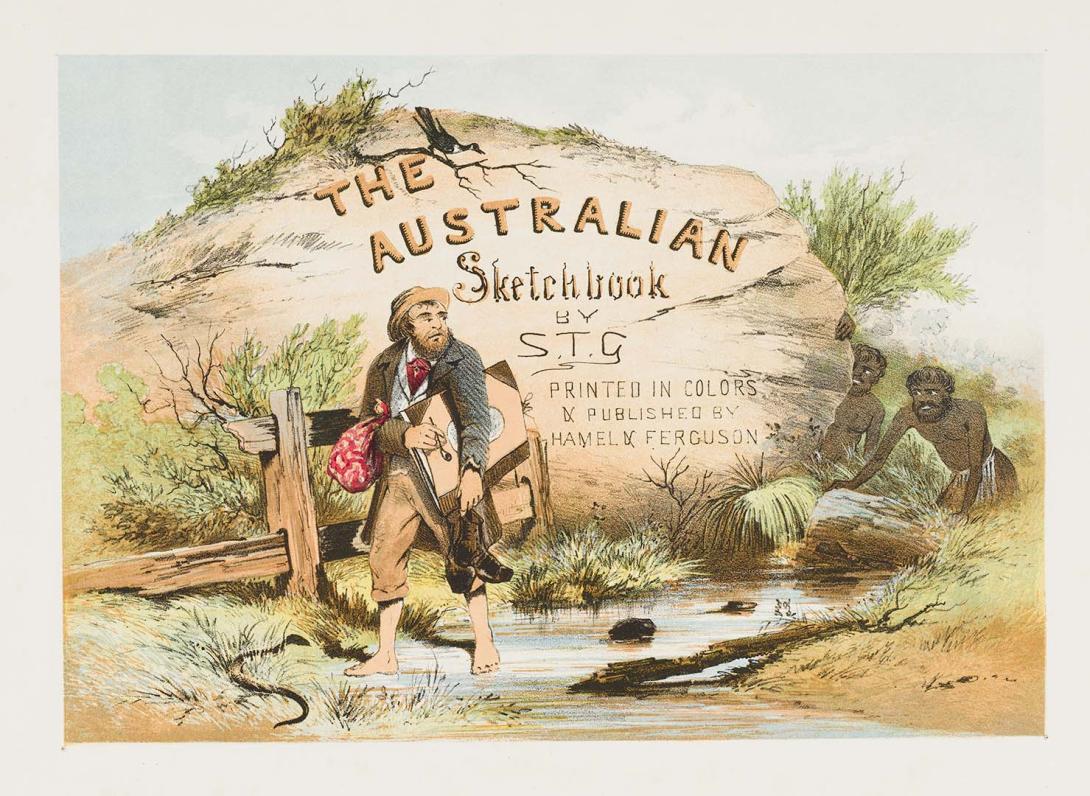 For biographical and background information see Acc. no. 1988.048 'Additional information'. S.T. Gill's 'Australian sketchbook', although not dated, was published in 1865. The lithographs (Acc. nos 2:0503-2:0527, plus cover 2:0528) were produced either from earlier drawings or based on memory. These images chronicle life on the gold fields as well as depicting scenes of rural life and Aborigines. An artist (S.T. Gill) with his portfolio under his arm, knotted handkerchief over his other arm, holding his clay pipe and pair of boots, is crossing a shallow stream. He is unaware of a snake on the bank beside his feet as he is looking back over his shoulder toward two Aborigines half-hidden behind rocks on the other side of the stream. The title appears on the flat rock behind the artist. Julius Hamel (active 1853-73) joined Campbell and Ferguson (previously J.C. Campbell and Co.), lithographic printers and publishers, Melbourne. 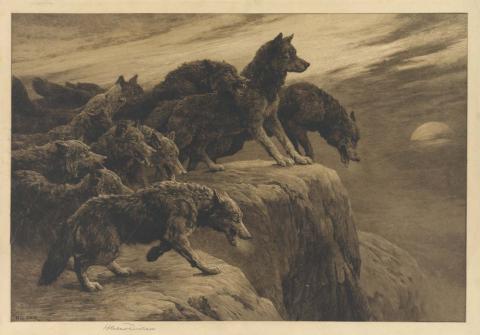 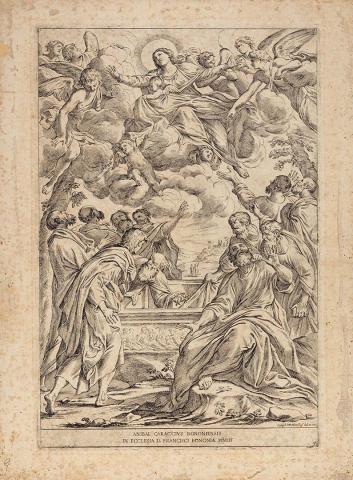 The Assumption of the Virgin 1678 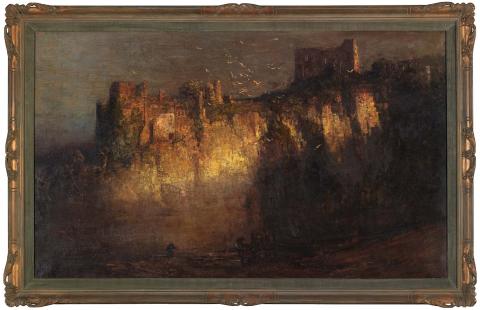 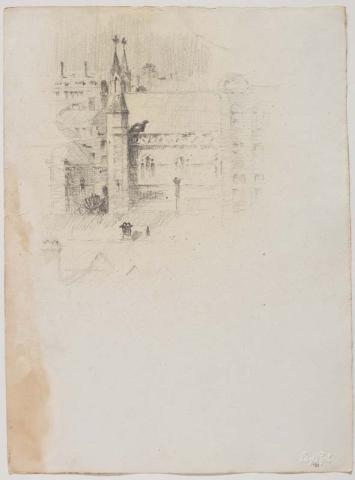