For biographical information see Acc. no. 1995.005 'Additional information'. Ian Burn returned to making art at the end of the 1980s after almost two decades as an activist/writer bridging the art world and the labour movement. He had abandoned the institutionalised avant garde (which he himself had helped to create, in Australia, England and the United States, as a conceptual-minimalist artist in the late 1960s and early 1970s) because of the avant garde's detachment from the concerns of normal daily life. In this 'Value-added landscape' his use of an amateur painting by an untrained hobby artist is a gesture intended to demonstrate that the thinking and meaning entailed in an amateur landscape reveals as much about Australian culture as the work of a celebrated artist. In his widely read writings of the 1980s about Australian landscape painting, Burn pointed out ways in which people's beliefs in and attitudes toward themselves and their society can be inferred from the images they create of their land. In a lecture to students at the University of New South Wales delivered in September 1993, the month when he drowned, Burn commented that, '...a picture isn't just a picture, it is a particular visual construction with all sorts of implications - for both the artist and the viewer'. In 1989, as a precursor to the 'Value-added landscape' series, he made a work consisting of a large colour transparency of a watercolour by Albert Namatjira superimposed with the words 'Landscape is not something you look at but something you look through'. Burn's late work was a study of the subtext, the meaning which could be perceived through an artist's rendition of landscape. By combining image and text in the 'Value-added landscapes' he created an analogy for the way a painting can be 'read'. The painting by W.F. Shaw used in 'Value-added landscape no. 10', was found by Burn in a charity second-hand shop in Townsville, and presumably is a romantically enhanced painting of the Townsville area. Burn superimposed text over this on heavy perspex (he was concerned that these 'found' paintings he used should not be physically altered), providing a verbal commentary on the visual image. By colouring the text with the average all-over colour of the landscape, Burn caused some fragments of text and certain random phrases to stand out while others dissolve into the painting. The total work is an aesthetically harmonious interweaving of text and image, yet the verbally expressed ideas constantly undercut any sense the viewer might have of spontaneously responding to a direct transcript of nature. Instead the viewer experiences, in Burn's words inscribed on this work, 'Words interrupting romantic formulae...'. The term 'value-added' in the title is lifted from the economic principle, to which Australia frequently aspires, of processing raw materials. Burn draws a parallel between the mechanical processing of the physical substance of Australia by industry and the conceptual processing of the country's physical appearance by art. The term also carries a political and social irony in an era of promoting the arts for economic reasons, projecting an enhanced vision of Australia as an encouragement to foreign investment and tourism. The loss of aesthetic innocence produced by his decoding of the landscape implies a loss of national innocence. 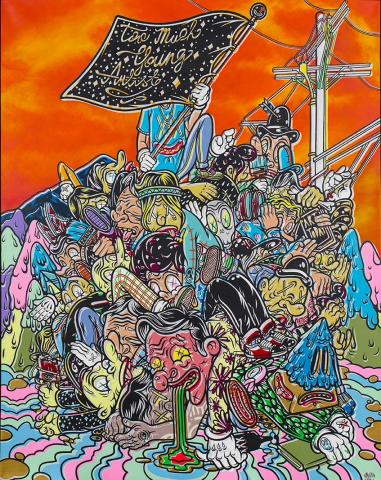 Letters to the Great Saatchi 2011 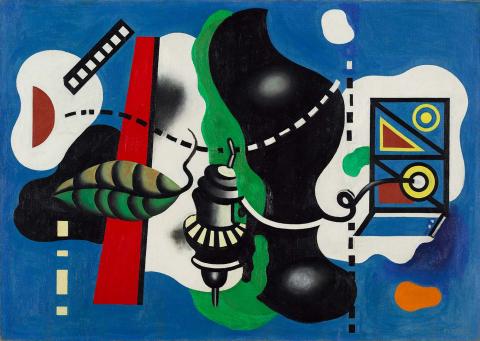 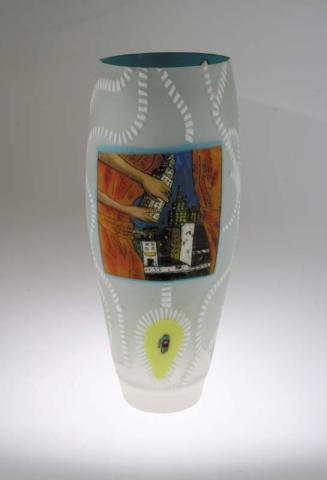 Equal Employment Opportunity: Improving the workplace for all of us (from untitled series) 1987 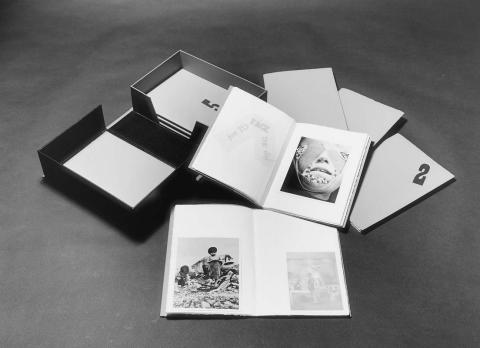 The products of wealth (portfolio) 1997