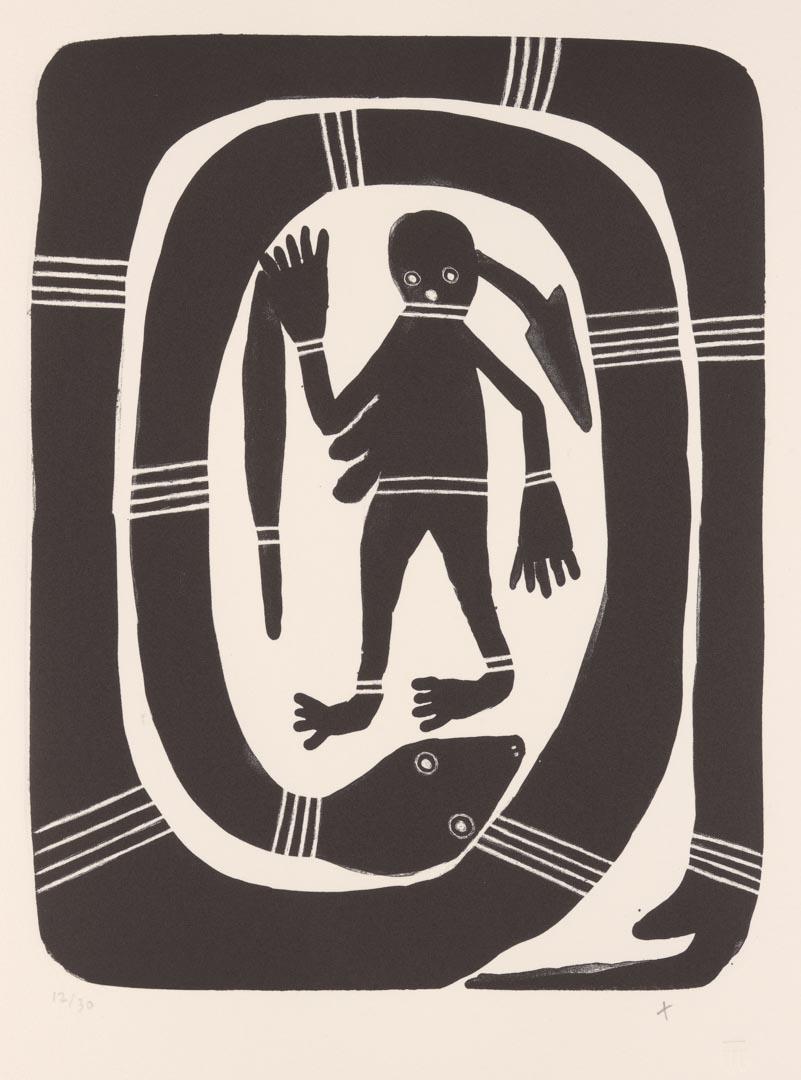 Limited edition printmaking by Aboriginal artists has had a relatively brief history in Australia, with the earliest known prints being produced in 1965. These prints, 'Totality' (Acc. no. 1991.009) and 'My Father's studio' (Acc. no. 1991.010), were made by the political activist Kevin Gilbert who was then in jail and forced to work with primitive tools, gouging the designs into brittle pieces of lino from the cell floor using nails and a spoon. Beginning in 1970, a succession of collaborative commercial ventures were established which saw the promotion of editioned prints, as well as various other objects inspired by traditional indigenous designs. In more recent times, governments have placed greater emphasis on providing education and employment for Aboriginals and this has led to the development of institutions like the Cairns Aboriginal and Islander Arts School, where printmaking and other art-production skills are taught. As a direct result of the increasing urbanisation of the Aboriginal people, a number of contemporary Aboriginal printmakers have also been trained at major metropolitan art schools. Although printmaking can be linked to the ancient practice of stencilling images onto rocks and cave walls, it is not a traditional Aboriginal art-form. Early Aboriginal printings on canvas were criticised and regarded as valueless because they were not executed in traditional materials. Applied to all contemporary forms of art by Aboriginal artists, this argument reveals the arrogance of the critic who is thus limiting these artists to past traditions, when their white counterparts are continually involved in radical experimentation in both technique and subject matter. Clearly, as stated by Nogel Lendon: ... each creative act is an assertion of both cultural and individual identity, and thus political in essence, whether in invention or recovery of language forms. (Lendon, Nigel. 'Black and White' quoted in McCuigan, Chris (ed.), 'New tracks old land', Aboriginal Arts Management Associaton, Surry Hills, 1992, p.21.) Regardless of the type of medium used, all these images act in such a way that they restore the individual artist's unbreakable bond with the land and their ancestral traditions. Buboo Ted Thomas, an elder from the Yuin tribe of south eastern Australia, explains this relationship succinctly, likening Aboriginal tradition to a great tree: The roots connecting to mother earth represent the unseen mysteries of nature. The lower trunk is the main body of knowledge and cultural information. It is the strength and most enduring part of the tree. Ceremonial secrets are stored here in the memories of the trusted for safe keeping. The main limbs stretch upward and outward away from the trunk, representing the different forms of expression such as dance, song, painting and craftwork. New branches are constantly being formed. Video, photography, crafts, popular music, and many other forms of expression are budding and thriving giving the tree shape and texture. (McCuigan, op. cit., p.18.) Born in 1935, Philip Gudthaykudthay is from the Raminginging region in central Arnhem Land. A number of his bark paintings are in the NGA's collection and, in the distinct style of artists from this area, they often focus on a central image - usually a figure from a Dreaming story - which conceptualises the fact that the stories depicted revolve around that specific locality. In a similar vein, this print depicts a scene from the story of the Wagilag sisters which is associated with that geographical area, and shows one of the sisters encircled by Wititj (the giant python). 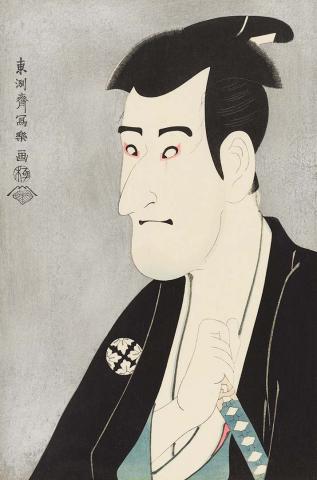 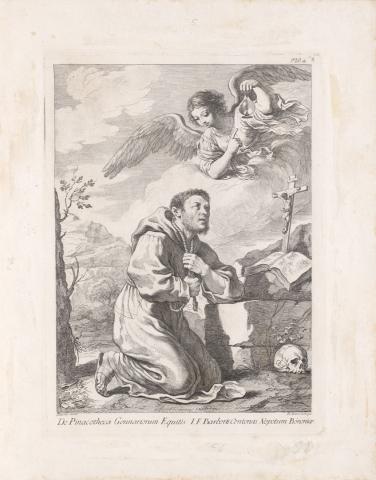 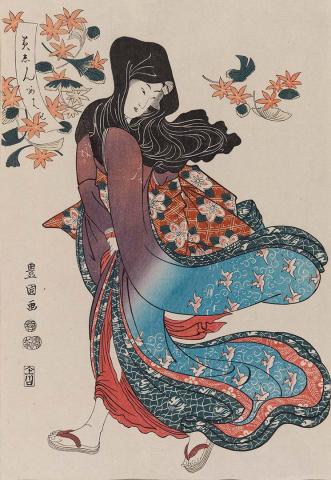 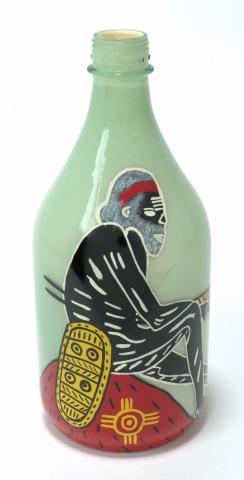 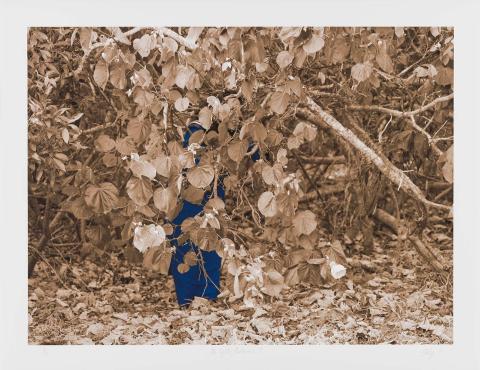