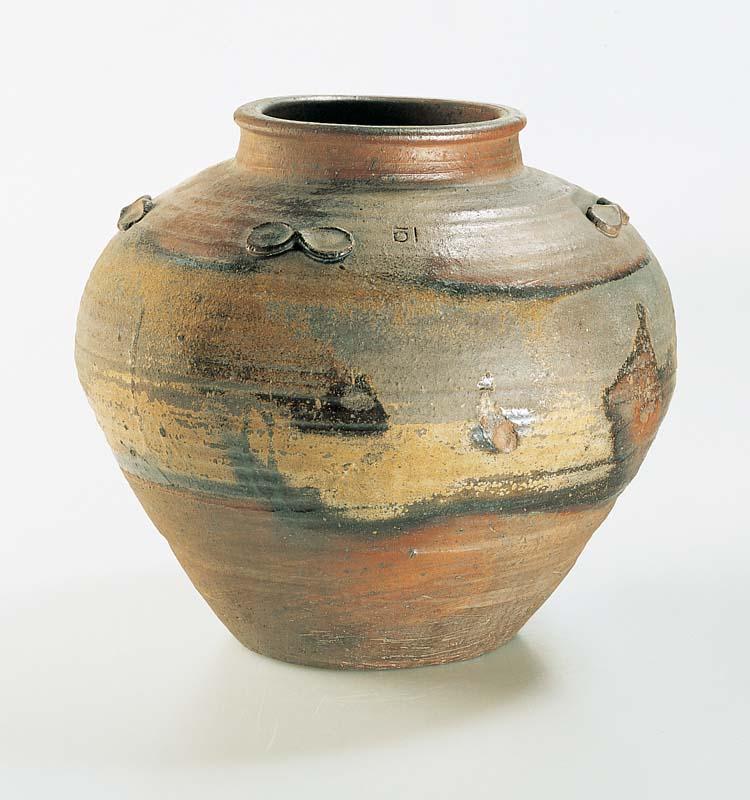 Within the rich tradition of ceramic production in Japan, the stonewares of the Six Old Kilns have been renowned since the fifteenth century when they first came to the notice of the exponents of the heavily Zen-influenced chanoyu (tea ceremony).

Although these were later admired for their aesthetic qualities, they were initially produced for practical domestic, agricultural and industrial applications. What made the Six Old Kilns wares so appealing to connoisseurs of chanoyu was their individuality and irregularity. The firing processes created unevenly coloured and randomly glazed surfaces, often spotted with particles of fired earth that dropped from the kiln ceiling.

These qualities made the stonewares perfectly suited for use in the tea ceremony which, from the late fifteenth century, had become increasingly imbued with the newly emerging wabi sensibility, emphasising an admiration for the imperfect over the perfect.

This jar produced at the Bizen kilns was used for the storage of leaf tea.