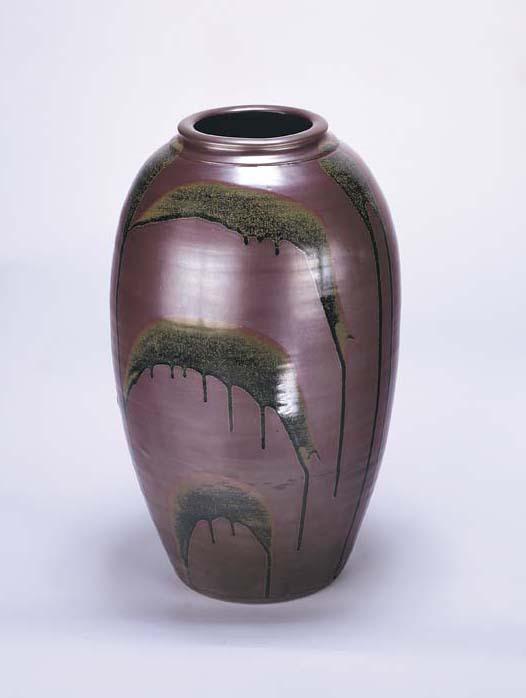 Carl McConnell has come to be regarded as Queensland's most significant potter of the postwar generation. He introduced stoneware and porcelain firing to Queensland and subsequently, through the quality of his work, achieved nationwide representation. His importance in the ceramic history of both Queensland and Australia was recognised by a 1986 survey exhibition at the Queensland Art Gallery, 'Carl McConnell: Master Potter'.

This large vase, testament to McConnell's exceptional throwing skills, exhibits the spectacular 'Pinjarra plum' glaze, named after his pottery in the outer Brisbane suburb of Pinjarra Hills. Many may think that McConnell achieved this glaze by some combination of reduced copper glazes when it is, in fact, iron-based. The black and gold brushwork emphasises the intensity of the even, reddish purple glaze. This pot may be considered one of the major examples of the post-Bernard Leach tradition in Australia.