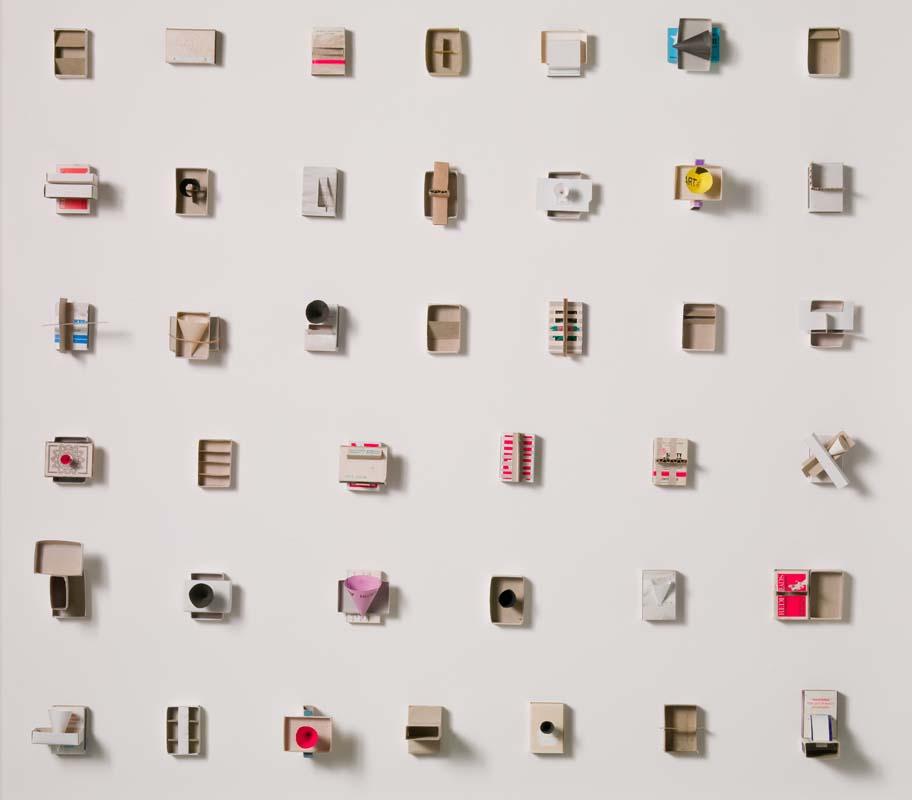 For biographical information see Acc. no. 1988.102 'Additional information'. The miniature matchbox sculptures by Eugene Carchesio are a distinctively idiosyncratic contribution to contemporary Australian sculpture. The extreme commonplace simplicity of materials is a subtly humorous reflection of the altruistic intentions surrounding the emergence of the Russian Constructivist movement, the forms of which are directly alluded to in these tiny works. The original Russian style, which is associated with the 1917 Revolution and agitprop, was heroically monumental in its intentions, and was intended to foster a modern age of rationalism. Carchesio's matchboxes are by contrast a kind of nostalgic reverie, a much more private and playful doodling with art history. They are deliberately eccentric rather than rational. The materials also refer to the ephemeral construction of the radical propaganda art, which was created out of a mixture of intense ideological fervour and dire poverty. Carchesio reveals this pathos of his source by making art which is openly pathetic. He is an artist inclined more to poetic introspection than fervent propaganda. Like several younger Australian artists (such as Kathy Temin and Rodney Spooner, both of whom are represented in the collection) he explores and undermines the geometric purism which was the basis of much of the modernist movement. In an attempt to question the supposed anonymity of pure form these artists introduce irregularities and a sense of human foibles to the strict language of modernism. This is to some extent intended to parody the lofty abstract ideals the avant-garde, but it also aims to reclaim the humanity of art. The undisguised physical frailty of the matchbox sculptures expresses something quite different from confidence in industrial progress, a modern optimism which has faltered in the intervening years between his work and the works which inspired it. His use of a matchbox as the basis for each sculpture gives a democratic air to the works, and also a certain universality as the matchbox is found virtually everywhere (and some of the ones used in this group are from foreign countries). Yet because the matchbox is a once-ubiquitous artefact which like the typewriter is likely to suddenly become redundant, his choice of medium sustains the nostalgic character given to the works by their recollections of an art movement based on ideals which are now obsolete. 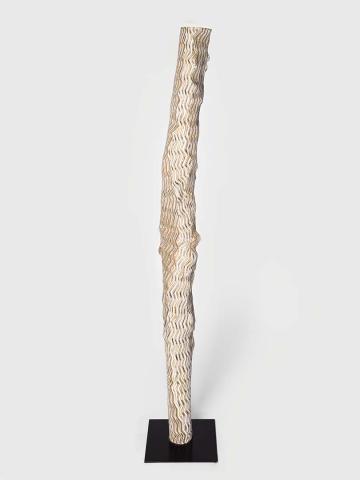 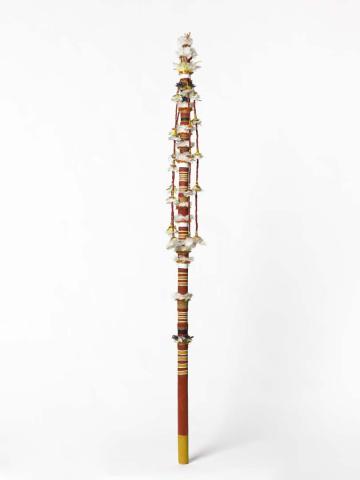 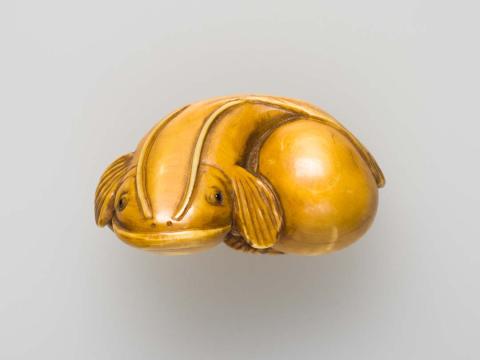 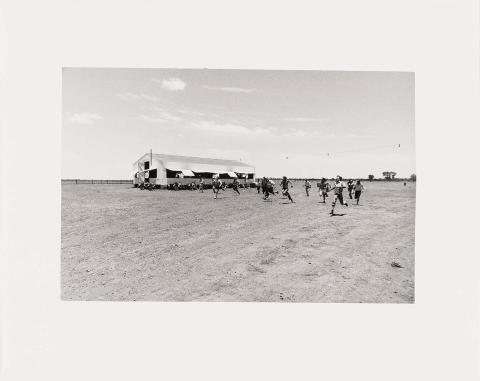 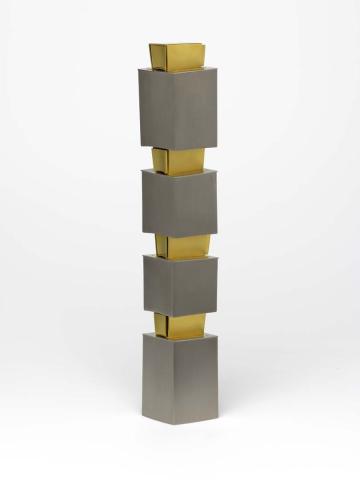 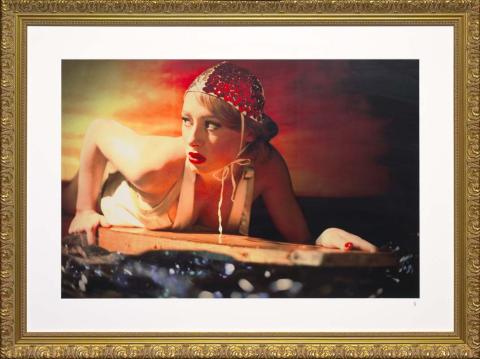 She Kept An Eye Out For Sharks (from 'Heart of Gold Project 5: The All Australian Surf Lifesaver' series) 2008