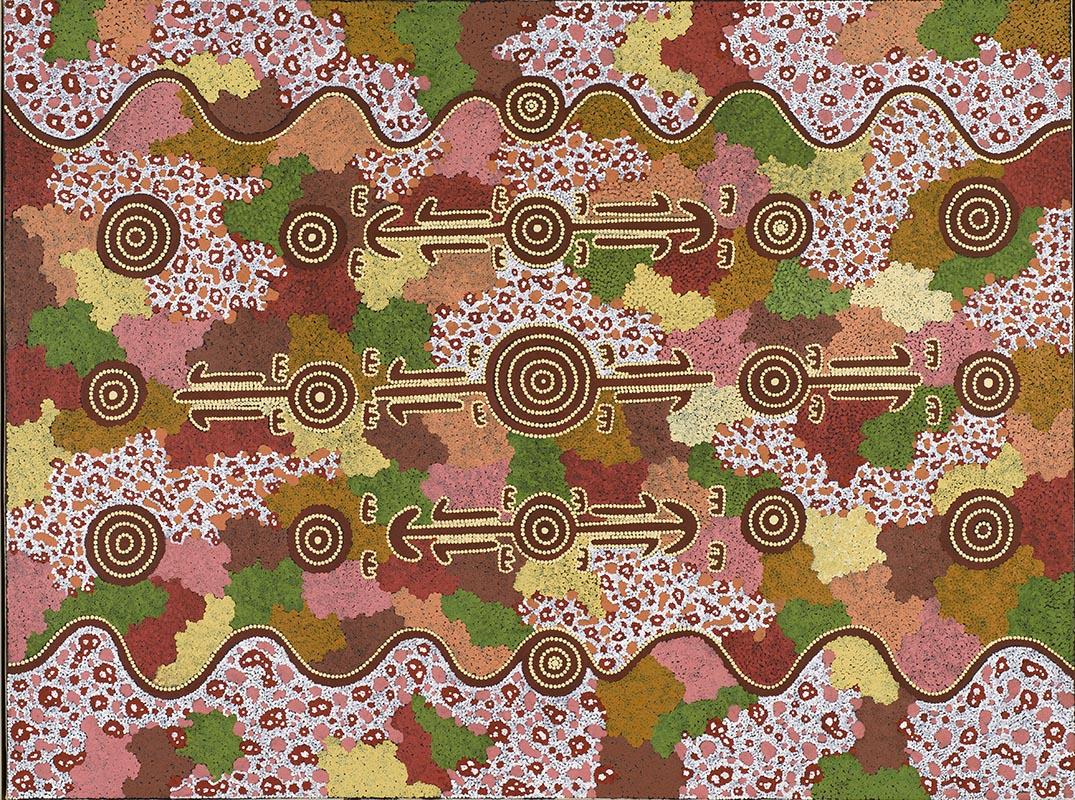 For biographical information see Acc. no. 1998.148 'Additional information'. For information on the Papunya art movement see Acc. no. 1993.385 'Additional information'. Note: The artist's language group is sometimes described as 'Warlpiri/Luritja'. There is no Luritja language as such, it is an Arrernte word meaning 'from somewhere else'. It is used by Western Desert Aborigines to describe a Creole, or hybrid version of a traditional language. The following statement was received in March 1996 from Papunya Tula Artists Pty Ltd with regard to this work and the artist: 'The Rain Dreaming at the site of Palinyanu is depicted in this painting. The sinuous lines depict the rain which travelled from the north through to this area. The white represents cloud formation. The central area represents Wantapi, west of Mt. Singleton. At this location the old Kangaroo Men were sitting and resting. Shown are their tracks and campsites.' 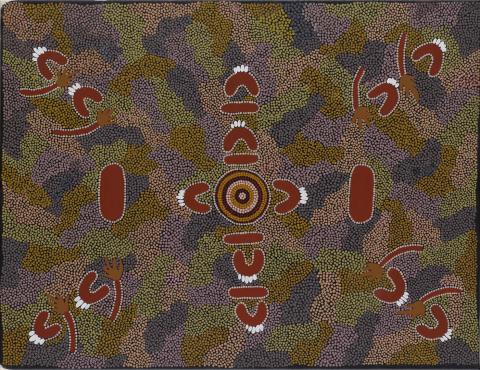 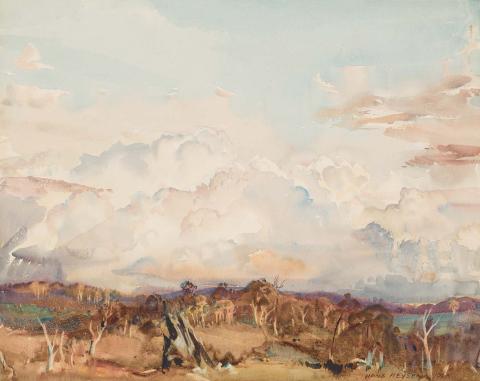 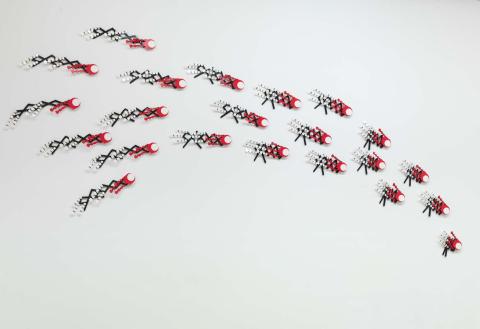 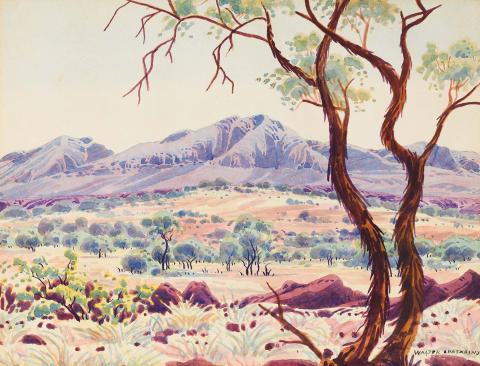 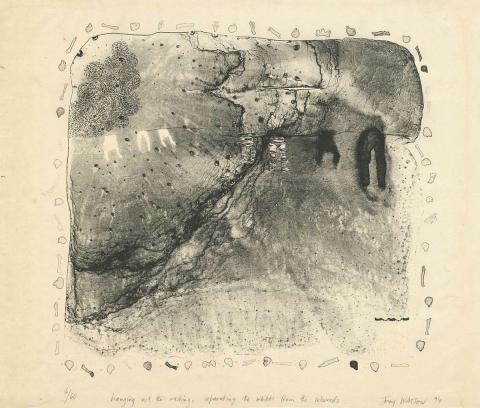 hanging out the washing, separating the whites from the coloureds (from 'Volatile alliances' 1995 portfolio) 1994