For biographical and background information see Acc. no. 2:0440 'Additional information'. Eric Wilson completed two distinct series of representational works which were based upon earlier drawings of European cities. This work, 'Snow on the Rue Poulettier, Paris' is a part of the second series which was produced during 1944 and 1945. In this series the streets are covered in snow while in the first series of 1941-43 the streets are depicted as wet. Compared with his other works around this period, both series, while retaining some aspects of the abstract style he had developed in Europe, are more conventional in both subject matter and treatment. He simplifies form and colour and employs a tonal technique of cross-hatching with thick impasto. Throughout this series, buildings are represented as pale abstract blocks, often dissected by lampposts and tree trunks. This painting suggests the effect of fading memory, of Wilson's reflections on his time in Europe. The figure is disengaged, faceless and solitary in the still and chilly surroundings. This ghost-like figure may indicate a second influence, an unavoidable reference to the old men and the environment of the Lidcombe geriatric hospital where the artist was obliged to work during the war. The faces of these patients feature in other drawings and paintings from 1942-1944. Prepared by Fay Edis, Curatorial Volunteer, Apr. 2001, from material written by Candice Bruce, 'The Languages of Modern Art' in 'Brought to Light: Australian Art 1850-1965'. Seear, Lynne & Ewington, Julie (eds). QAG, Brisbane, 1998. 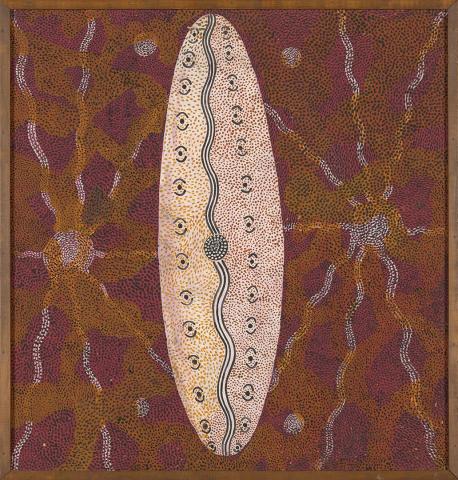 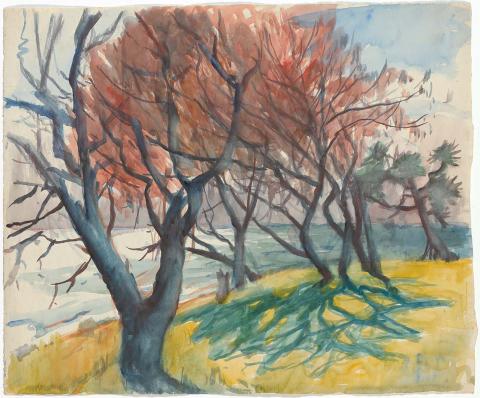 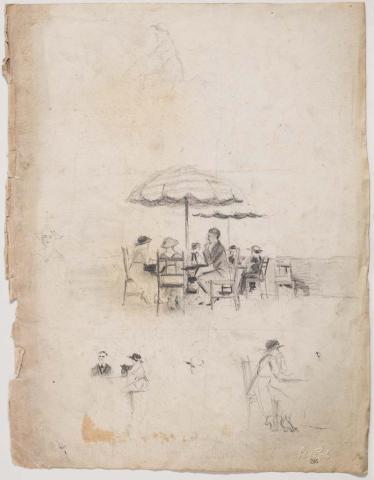 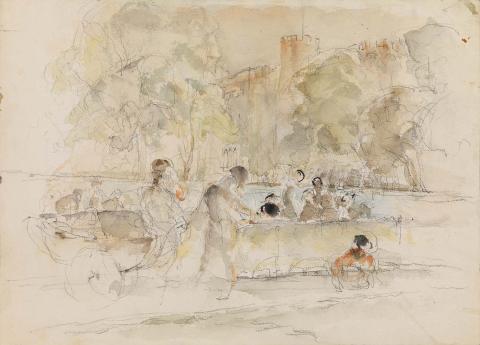 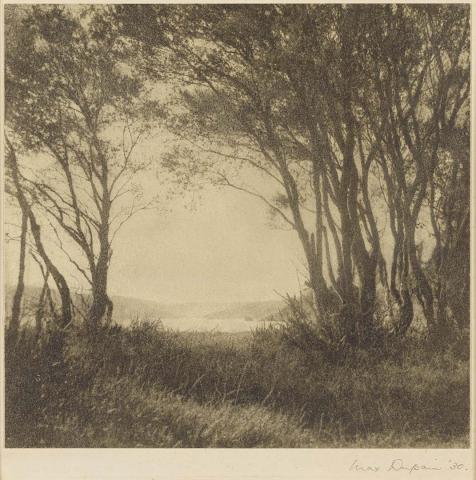