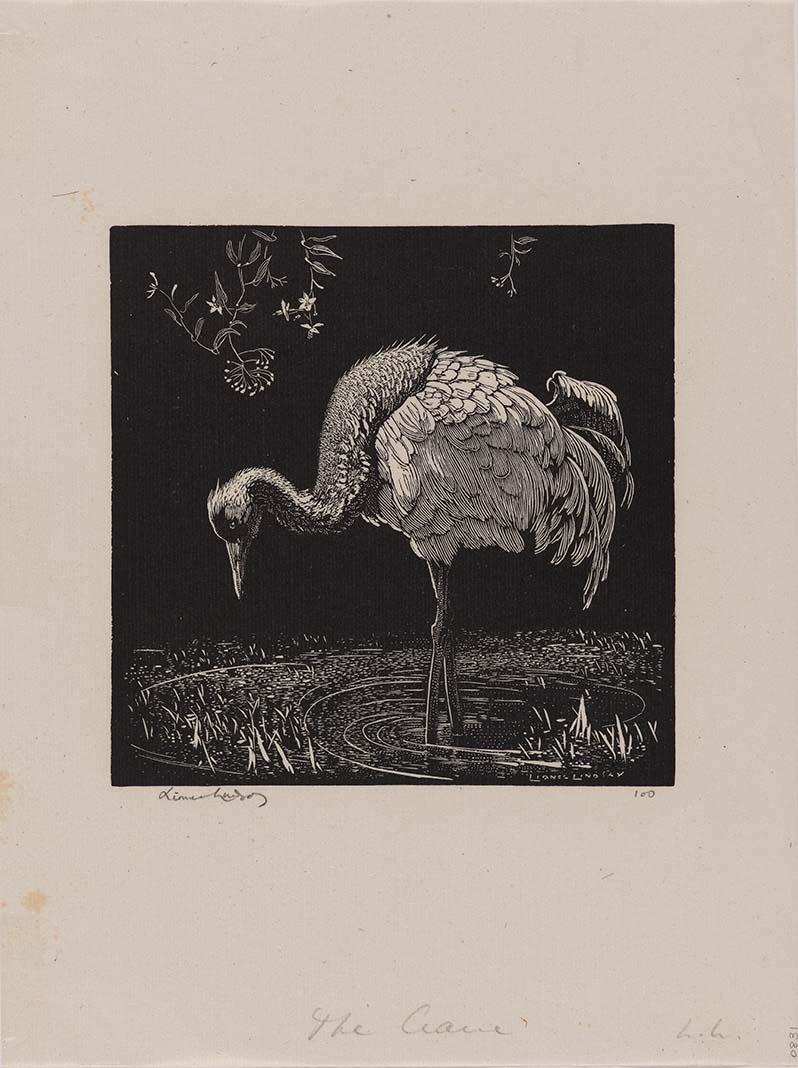 For biographical information see Acc. no. 1:0304 'Additional information'. When Lionel Lindsay first started to work as an artist in the late years of the last century the style which became known as Art Nouveau was the dominant popular 'modern' art movement. A drawing room variant of curvilinear nymphs and decorative trees was the tempera paintings of solitary birds in ponds... 'The Heron' relates more to the basic composition of these paintings than any other aesthetic influence. Lionel Lindsay has captured the curvilinear nature of the bird and the vulgarity of the large protruding feathers as it stands awkwardly by its pond. There is all the flatness of space which typified those old decorative paintings, which were after all often used as wall panels in red brick houses. It is as though he has decided to take a popular tradition and turn it into a fine print. By squaring off the usually elongated composition and making the bird a solitary figure rather than one of a group, Lindsay has shown that there were beauties in the old cliche after all. Extract from: Mendelssohn, Joanna. 'The art of Sir Lionel Lindsay, Vol. 1, Woodcuts', Copperfield Publishing, Brookvale, 1982, p.122. 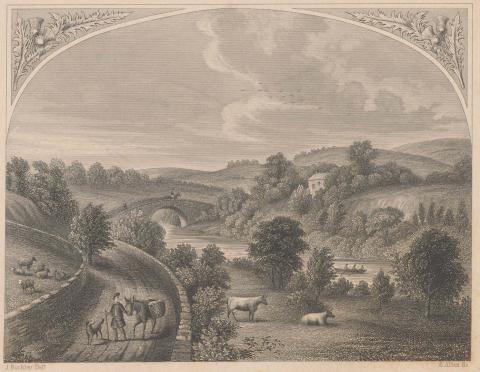 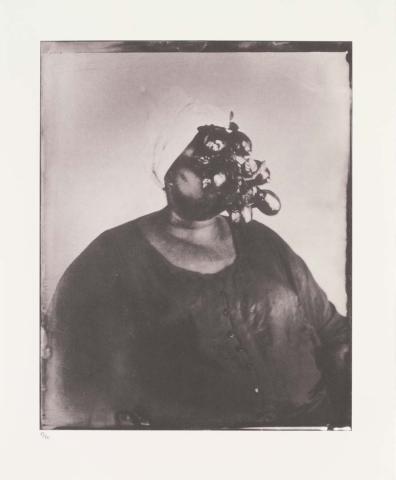 Limoŋ (from ‘Dwelling: in this space we breathe’ series) 2018 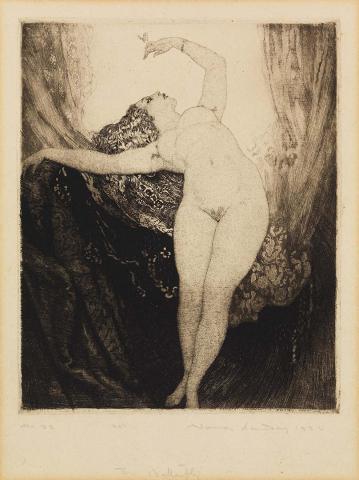 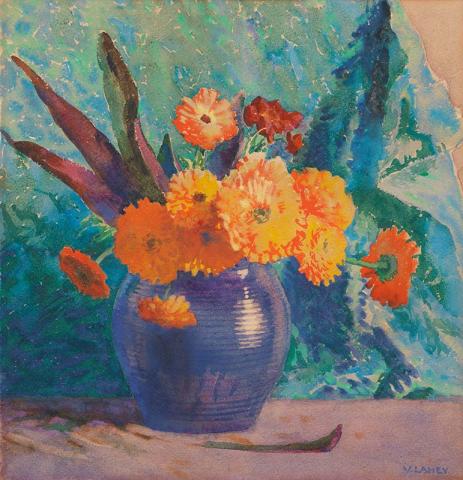