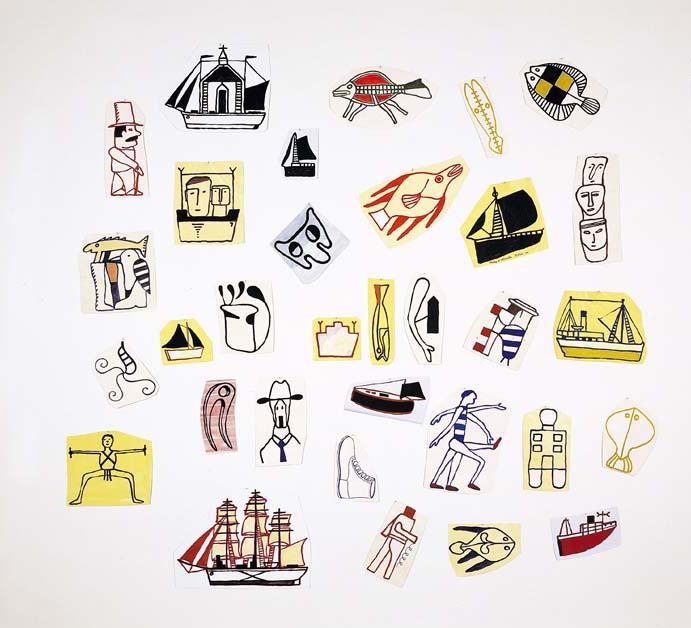 Richard Killeen is regarded as one of New Zealand's leading art practitioners. Born in Auckland in 1946 Killeen studied at the Elam School of Fine Arts, University of Auckland where he graduated in 1966. After working part-time as a signwriter, Killeen won the Tokoroa Art Award in 1975, and in that year travelled to Sydney and Melbourne. In 1976, after winning a QEII Arts Council of New Zealand grant, he travelled to Europe and the United States. He became a full-time artist in 1981. In 1982 and 1986 Killeen was represented in the Sydney Biennale. In 1995 he travelled to Korea as an exhibitor in the 1st Kwangju Biennale. Since the late eighties he has held solo exhibitions in New York and additionally regularly shows his work at the Peter McLeavey Gallery, Wellington and Ray Hughes Gallery, Sydney. The artist lives in Auckland. Killeen has made the idea of the 'cut-out' a hallmark of his work. These are shaped metallic fragments which have been painted with recognisable symbols as diverse as biological specimens, architectural forms and parts of the human body. One writer states that Killeen's 'cut-outs': '... are all allegory of disjunction, disassociation, discontinuity. A disjunction without pain or pathos. Disjunction presented, perhaps, as if it were just a matter of fact - simply how the world comes.' (Pound, Francis. 'NZXI'. Auckland City Art Gallery, 1988, p.61.) 'Mickey of Ulladulla' comprises thirty-two cut-outs which can be hung in any configuration. The synthetic polymer paintings on aluminium relate to the work of Mickey of Ulladulla, a nineteenth-century Aboriginal artist. He was born in the 1820s and lived in the area around Ulladulla on the south coast of New South Wales. His drawings, along with those of Tommy McCrae and William Barak, are the most important bodies of works by Australian Aborigines during the period. Mickey depicted fishing and shipping, both local industries, as well as ceremonial drawings. Killeen has taken elements from Mickey's work, including ships and fish, to create this series of cut-outs which can be seen as a comment on displacement and Killeen's own interest in folklore. Mickey of Ulladulla has only recently been written into the narrative of Australian art history, and this 'discovery' interests Killeen. Killeen purchased Andrew Sayer's book 'Aboriginal artists of the nineteenth century' (1994) on a visit to Sydney in 1995. Mickey of Ulladulla is one of the main artists discussed. Killeen's interest in the artist relates to his interest in societies and who belongs to them: 'I am attracted to the notion of the outsider. Also included in this work are images relating to Alfred Wallis - another outsider. I like to address the issue of race and indigenous people in N.Z. and I tend to do that through analogy to other cultures. Mickey interested me a lot because he is so good and also is an outsider but is identifiable as a person - has a biography etc... I am also attracted to fish and ships so the images are there. I wanted to reinforce his existence.' (Letter from the artist to Peter McLeavey, 29 Feb. 1996.) This work has relevance across departments: it is an international work, with indigenous Australian references, as well as the inherent ephemeral appearance may be associated to works usually found within Prints and Drawings. The cut- outs may, in fact, be related to Mickey of Ulladulla's own work, with their scattered placement and continuous, flowing narrative. Anne Kirker, Curator, Prints, Drawings and Photographs, June 1996.

Richard Killeen is one of New Zealand's leading art practitioners and has made the idea of the 'cut-out' a hallmark of his work. A large component of his practice consists of transforming shaped metallic fragments into recognisable symbols as diverse as biological specimens, architectural forms and parts of the human body.

Mickey of Ulladulla 1995 comprises 32 painted aluminium fragments. The work refers to nineteenth-century Aboriginal artist Mickey of Ulladulla, who lived on the southern coast of New South Wales. His drawings are now considered one of the most important bodies of works by an Indigenous Australian from this period.

For Mickey of Ulladulla, Killeen has reworked Mickey's iconography of expressive and simple outlines that depict dancing figures, ships, fish, and moustached men in top hats and lace-up boots.

Mickey of Ulladulla's canonisation, from virtual anonymity, was of particular interest to Killeen's longstanding exploration of the formation of classification and knowledge systems. 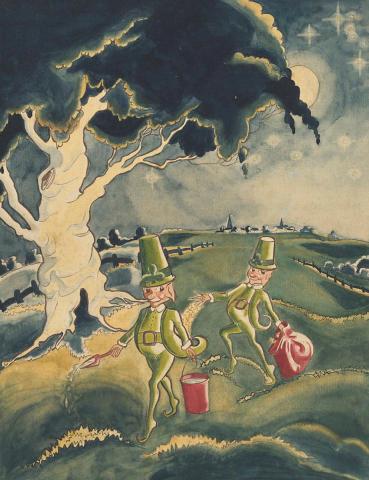 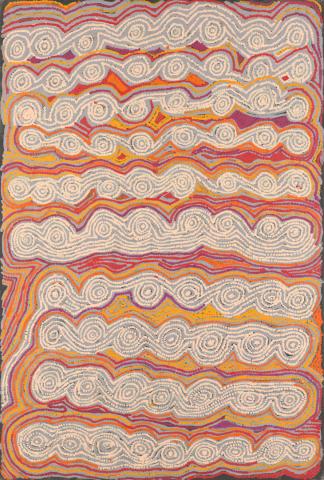 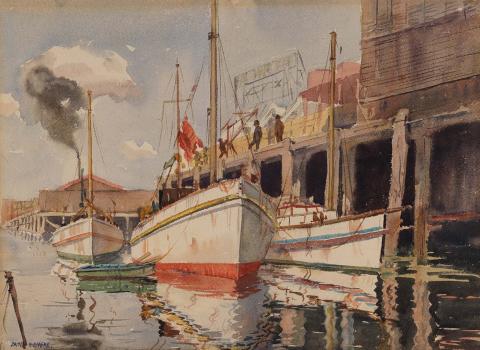 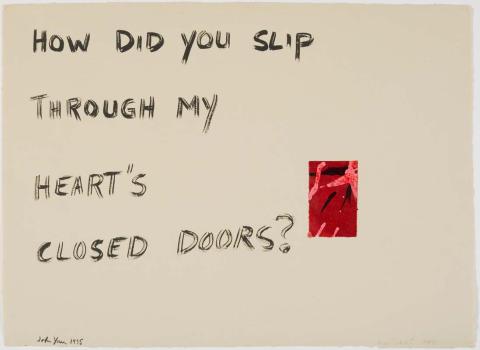 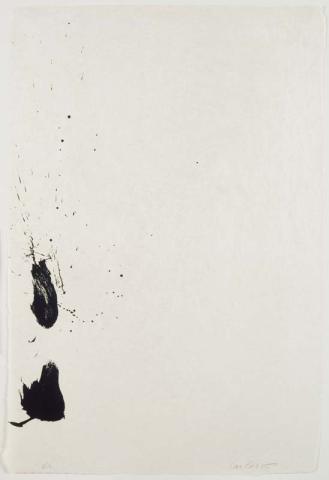 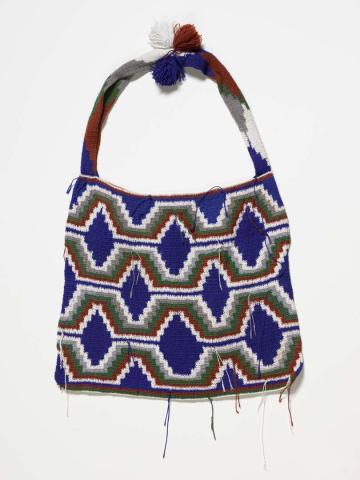