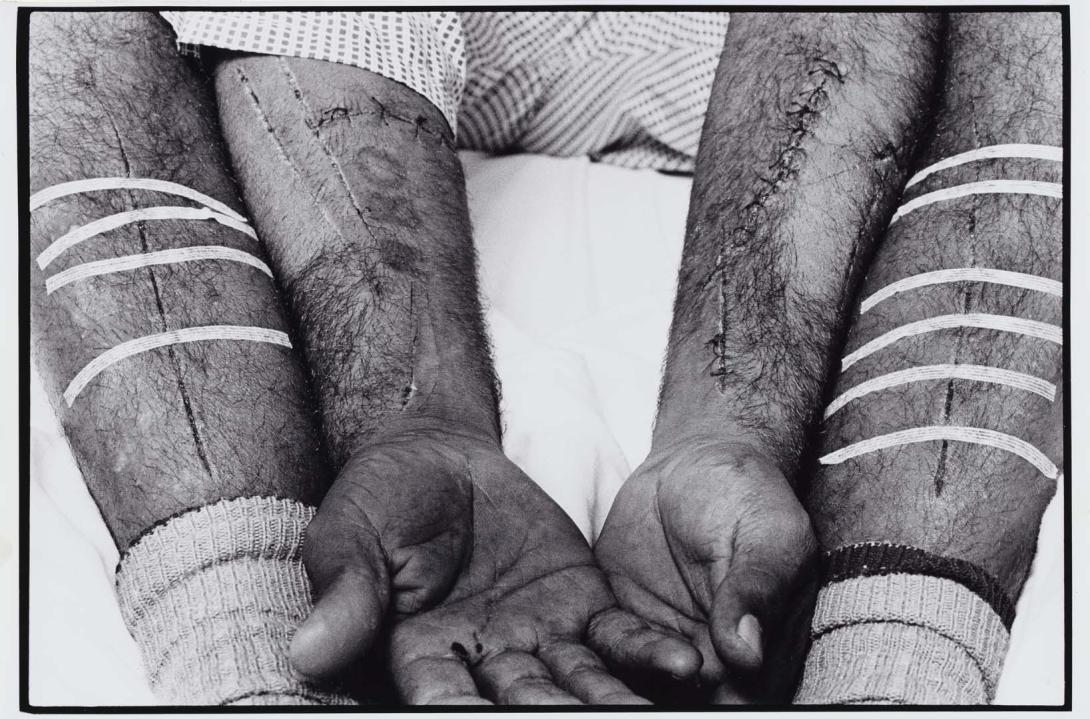 Born in Tasmania, Ricky Maynard's family were part of the Moonbird community, a group of Tasmanian Aboriginals who annually returned to remote islands in the Bass Straits to work during the mutton bird season. This labour involves capturing and killing the migratory birds for feather down, oil and grease. Maynard first encountered photography when he moved to Melbourne at the age of 16 to play football for the Hawthorn Hawks. A job in a photographic processing house sparked his fascination with photography and led him to buy a 35mm Contarax German camera. He returned to Tasmania and kept up his photography as a hobby whilst working as a labourer. His only formal training during this time consisted of several workshops he attended which he believes were 'responsible for [his] real growth in photography'. (Racism representation and photography, p.114.) During 1983-86 he did a photographic traineeship at the Australian Institute of Aboriginal Studies in Canberra. His love of documentary photography developed and he learnt of the work of Lewis Hine, Roy Stryker, Walker Evans and other photographers of the 1930s Depression in the United States. In 1988 he contributed a chapter of photographs he took whilst mutton birding to the 'After 200 years' project. This presented working images of his own community with individuals often interacting with the camera by pointing at Maynard or facing him frontally. Maynard says of this work that he was draw on his own experiences to give a 'true visual account'. (Ibid., p.115.) In 1989 Maynard was awarded an Aboriginal Overseas Study Award which enabled him to study at the prestigious International Centre of Photography in New York from 1990-91. Back in Adelaide in 1993 his next major series was 'No more than what you see', a collection of photographs which documented experiences of the many Aborigines in South Australian prisons. This work marked the International Year of Indigenous People, and came only two years after a Royal Commission into Aboriginal Deaths in Custody. It won him the 1994 Mother Jones International Documentary Photography Award. The images from this series belong to the strong tradition of black and white documentary studies in photography. The works are affecting and compelling in their relative simplicity. Being an indigenous Australian means that Maynard beings a strong discursive element to bear upon his description of prison life. Inviting reflection, the works suggest that we all might question more deeply the complex issues which divide and oppress Aboriginal communities, and which contribute to the disproportionately high rate of Aboriginal imprisonment. Until recently, Maynard has photographed his people in the natural landscape, a context that appeals both to his aesthetic sensibilities as well as to his desire to underscore the relationship of Aboriginal people to their country. By way of contrast and update however this new series of works by Maynard focuses on the disorientation being experienced by many Aboriginal people as they clash with Western cultural values. The images deal with strong emotions dulled through routine - the lighting of one cigarette after another behind the illusion of filigree in a steel-mesh fence. This is a common device used by the artist - the placement of individual yet anonymous figures within the visual patterns of the prison yard. In this way Maynard employs the means of enclosure as formal pictorial devices; bars and grills become beguiling elements of the built environment, while the curls of razor wire on top of fences suggest both decoration and danger. Within this environment, however are the individuals who are Maynard's chief obsession. The inversion of cognition which can best demonstrate the importance of documentary photography is readily apparent in these works. We as viewers don't know if the man laughing heartily in one image is a wilful murderer or rapist, or whether the smouldering menance of one smoking behind bars is alternately the unfortunate victim of cultural circumstances. 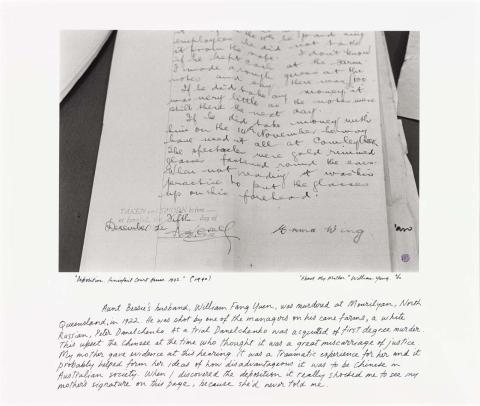 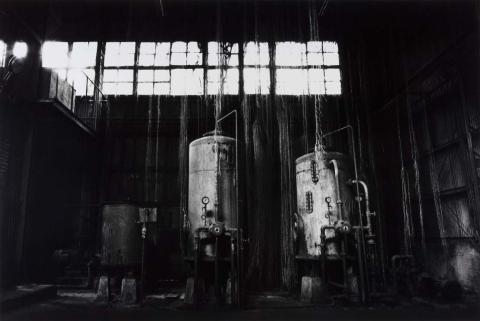 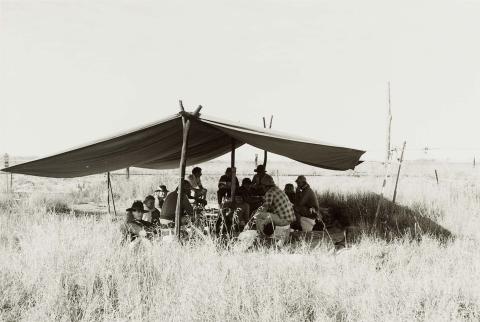 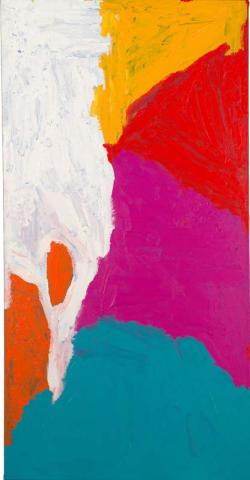