Robert Indiana is generally recognised as a key figure of the Pop Art movement in the United States during the 1960s. Although primarily a painter and sculptor he also produced a number of prints characterised by their graphically striking symbolism relating to contemporary life. For many, the artist's 'love' banner typified the optimism of the counter-culture some two decades ago and, similarly, this image from Indiana's portfolio of seven screenprints, 'Polygons', impresses by its direct simplicity. 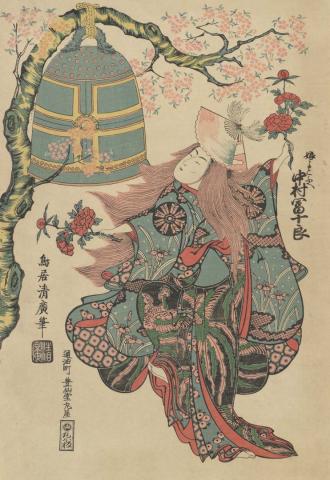 Actor Nakamura Tomijuro in 'Musume Dojoji' (no. 9 from incomplete set of 25 reprints) 1961 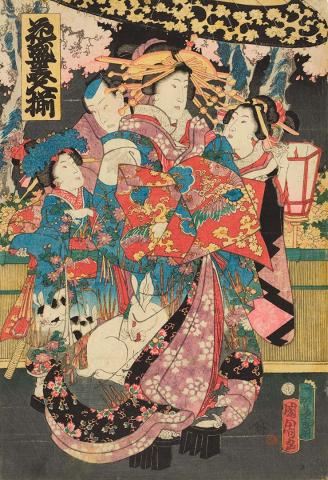 Courtesan and her attendants 1859 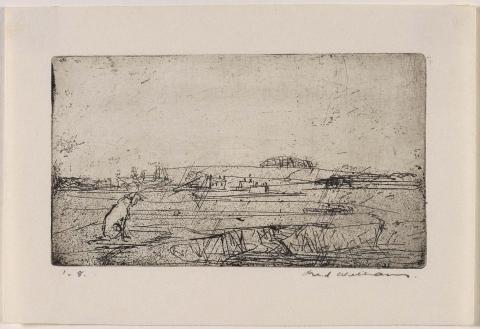 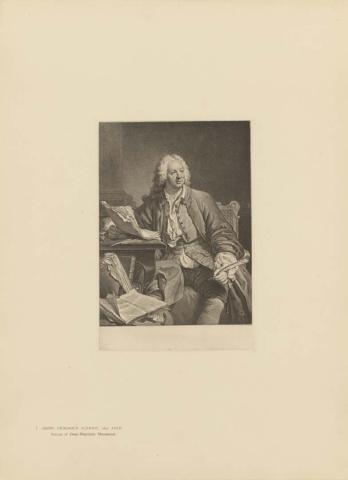 Portfolio of prints in the British Museum, specimens of line engraving by German masters of the 18th century, Part XV 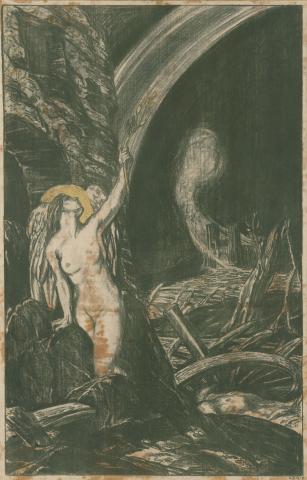 The re-birth of the arts (from 'The ideals', the second part of 'The Great War: Britain's efforts and ideals shown in a series of lithographic prints' series) 1917 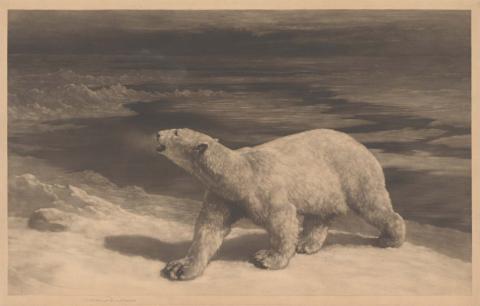