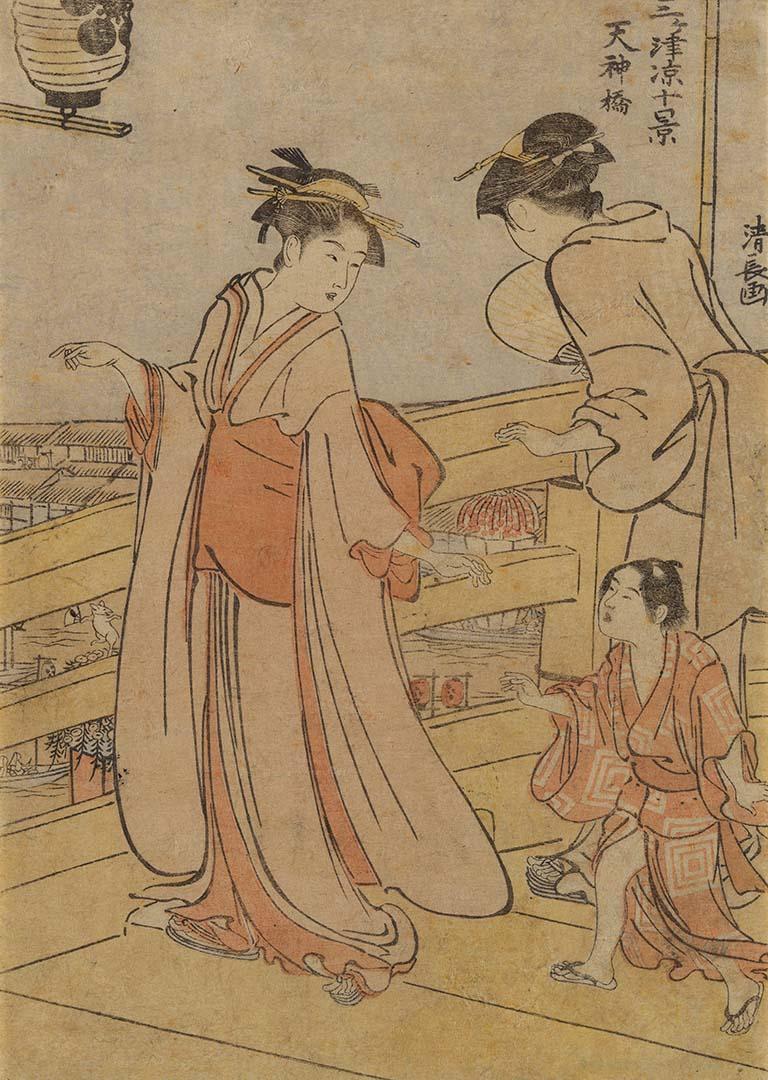 For information on ukiyo-e prints see Acc. no. 1989.015.001 'Additional information'. 'Kiyonaga: leading ukiyo-e painter, print artist and illustrator; influenced by Harunobu, Koryusai, Shigemasa. Son of a bookseller, Kiyonaga was a pupil of Kiyomitsu, last of the great figures in the traditional Torii line. Although Kiyonaga maintained his responsibilities as head of "Torii generation IV", his genius led him far beyond the limits of this school of Kabuki artists, and even in treating the theatre Kiyonaga devised quite new forms and approaches. His special field, however, was the depiction of elegant young men, graceful girls and courtesans, against broad and fully realized backgrounds of the Edo he knew so well. He utilized elements that had been standard in ukiyo-e since its origins but combined them on a grand scale with solid, realistic draftsmanship that is also poetic and evocative, a style that was to dominate ukiyo-e for 20 years or more. It was Kiyonaga's vision that formed Utamaro's style, but when the latter rose to predominance in the early 1790s Kiyonaga returned to his original work of theatre posters and paintings, designing few prints during the last two decades of his life.' Edited extract from: Lane, Richard. 'Images from the floating world: The Japanese print'. Alpine Fine Arts Collection, London, 1978, p.288. This particular ukiyo-e print depicts two elegant geisha with a child attendant gazing at view from Tenjin Bridge. 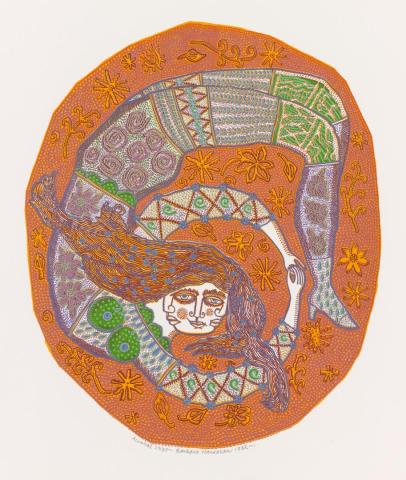 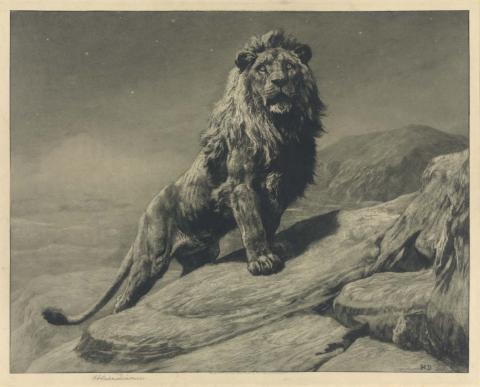 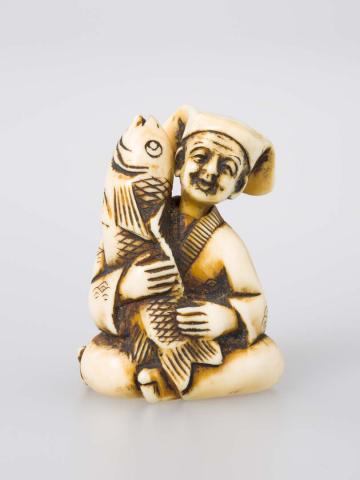 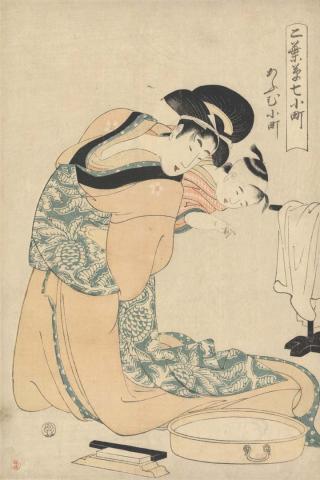