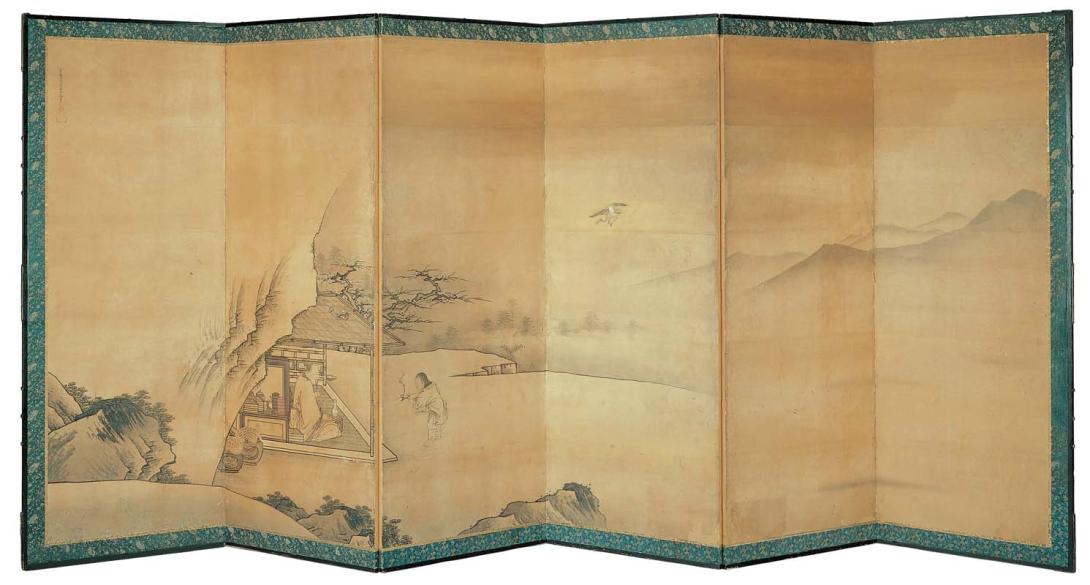 Li Bai, considered one of China's greatest literary figures, is represented admiring a waterfall, a reference to one of his best-known poems, Waterfall at Lu-Shan. Li Bai chose not to follow the usual path of scholars into Chinese political administration. Instead, he travelled widely, documenting his experiences, both real and imagined, in poetry that expresses his rejection of an ordered and sedentary life.

Similarly, Lin Bu refused an official position at court, choosing instead to live in seclusion. He is famed for his admiration of the plum blossom, associated in Chinese and Japanese tradition with moral purity and resilience.

Because of their rejection of political service, both poets are connected with the concept of scholarly reclusion. Reclusion in sixteenth-century Japan, however, did not necessarily involve a complete rejection of political life. Instead, many men enacted reclusion by engaging in activities such as chakai (tea gatherings) in chashitsu (tea houses), which were designed to resemble hermit's retreats, as depicted in the Toeki screens. They therefore associated themselves with a high-minded ideal while still maintaining positions of power.