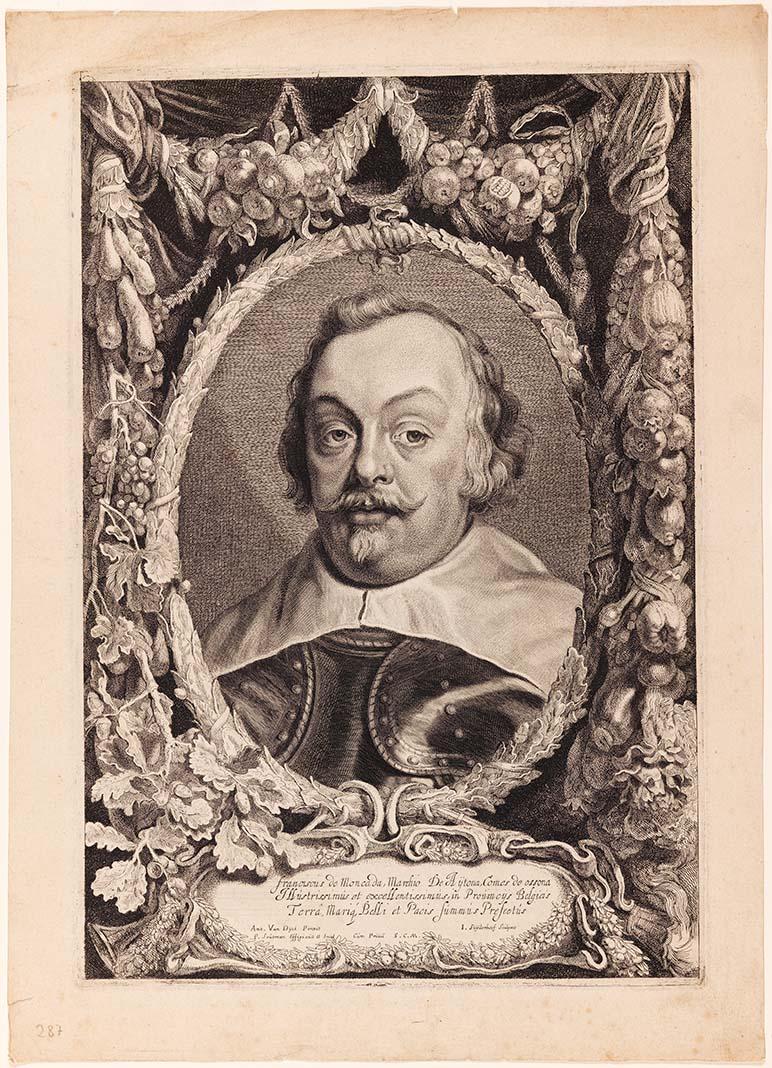 For biographical information on Anthony van Dyck see Acc. 2:0883 'Additional information' Pieter Claesz Soutman, a Dutch painter and engraver, was born in Haarlem in 1580. It has been assumed that Soutman was a student of Peter Paul Rubens. However, in literature on his work, it is more accurate that Soutman was a 'disciple' of Rubens' style. If he was active in Rubens' studio, it is most likely to have been around 1615-16, as in 1619-20 Soutman accepted Jan Timans as his own pupil. In addition, Soutman never joined the Guild of St. Luke. Timens was one of a group of Flemish engravers attached to the school of Rubens, who carried the vigour of the art to a height scarcely equalled by other engravers. Soutman probably received his earliest training in the studio of Jacob Matham. In 1624 he entered the service of King Sigismund III of Poland where he remained until 1628. When Soutman returned to Haarlem later in 1628, he gradually freed himself from the influence of Rubens. His pupils, including Pieter van Sompel of Antwerp and Jan Suyderhoef of Haarlem followed. The ornamental border surrounding this portrait engraving of Franciscus de Moncada, and also 'Margaret, second wife of Gaston d'Orleans' by Pieter van Sompel (Acc. no. 1994.186), is attributed to Pieter Soutman, who frequently supplied designs after paintings to serve as the immediate basis for reproductive engravers. Jonas Suyderhoef, a Dutch etcher and engraver, was born in Leyden in about 1613 and died in c.1686. He was the son of Andread Pietersz Suyderhoef, secretary to the first Dutch ambassador in Constantinople. He studied under Cornelius Visscher and Soutman. Suyderhoef's oeuvre includes 138 prints, having worked after the compositions of 50 or more different artists, including Anthony van Dyck, Frans Hals, Gerrit van Honthorst, Adriaen van Ostade, Peter Paul Rubens, Joachim von Sandrart and Gerard ter Borch the younger, as well as Caravaggio, Jan Lievens and Rembrandt. The subject of this work, Franciscus de Moncada, also known as Don Francisco de Moncada, Marquis of Aytona, was born in 1586 in Valencia. After acting as an intermediary in Catalonia in 1622-23, he was made Spanish Ambassador to the Court in Vienna. In the summer of 1629 he left for Brussels, where he was to assist Archduchess Isabella with affairs of state while serving as a member of the committee of state and war. In 1632 he was appointed Commander in Chief of the Spanish army in the Netherlands. Late in 1633 he was made temporary Governor-general of the Southern Netherlands, pending the arrival of Cardinal- Infante Don Fernando of Spain, a brother of the Spanish king. The Marquis was a skillful diplomat and an intelligent commander, who also took great interest in art and literature; there is a book written by him in Spanish about the expedition of the Catalans against the Turks and a history in Latin of Montserrat. He died on 17 August 1635. Essay by Lucy Griggs, Curatorial Volunteer, International Art, June 2002; edited by Donna McColm, Curatorial Assistant, International Art and Anne Kirker, Head, International Art. 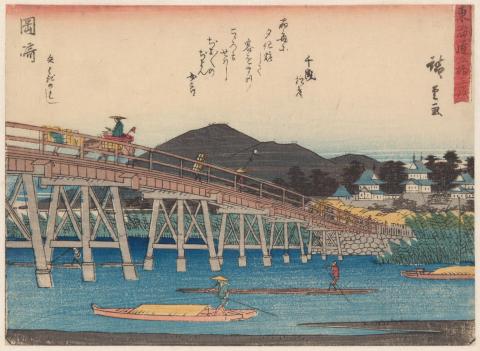 Okazaki (from 'Fifty-three stations of the Tokaido' series) c.1840 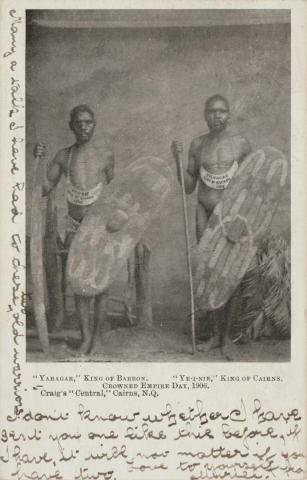 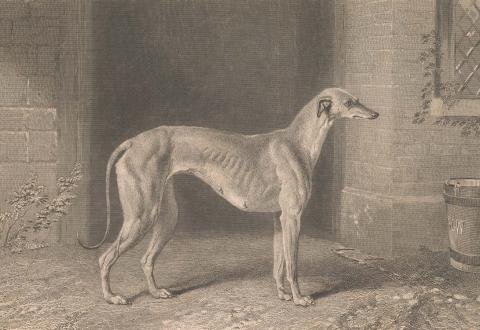 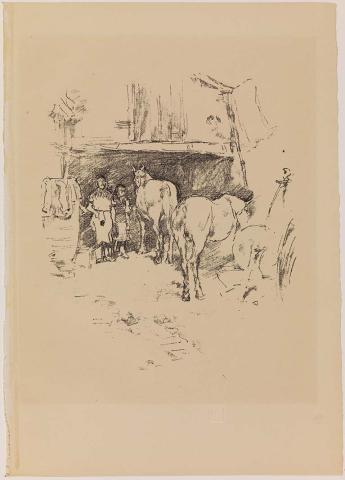 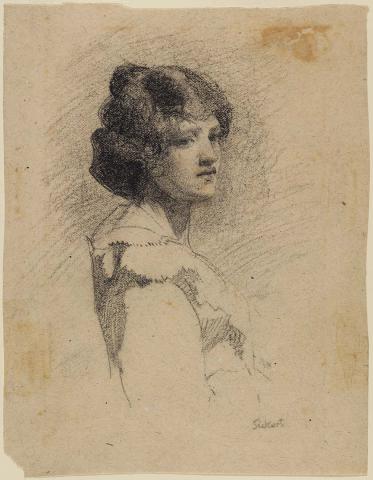