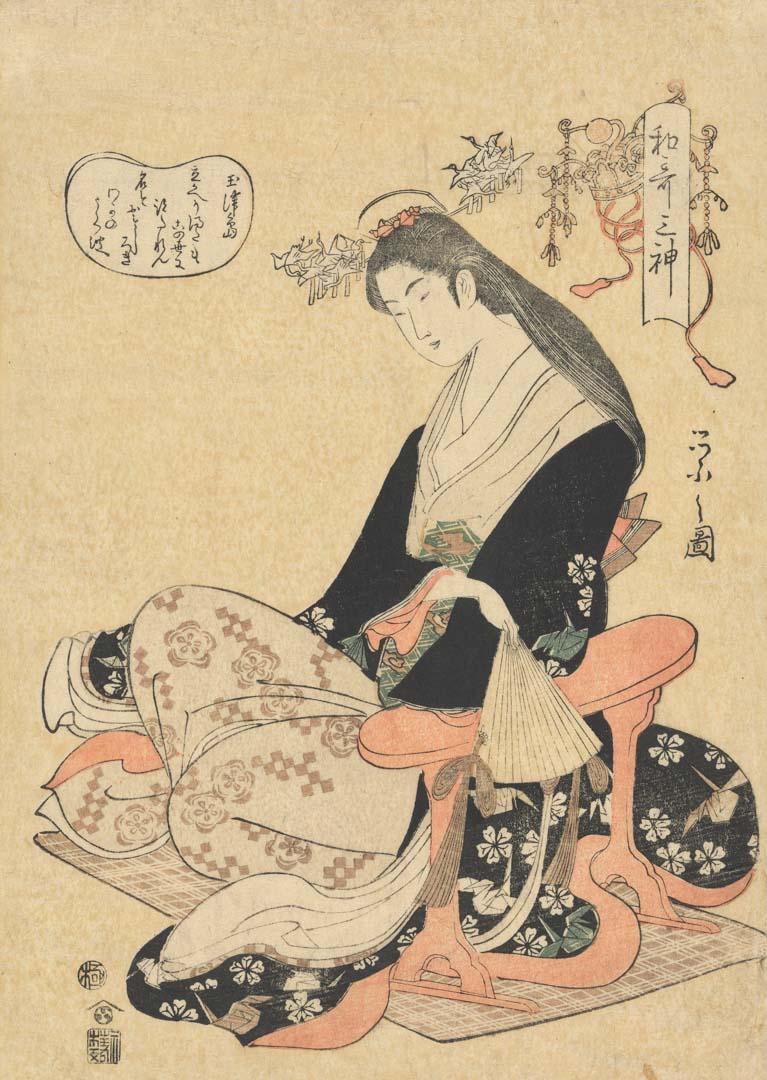 For information on ukiyo-e prints see Acc. no. 1989.015.001 'Additional information'. 'Eishi: leading ukiyo-e painter, print artist and illustrator. Scion of an important samurai family, Eishi had been fully trained in the studio of the offical painter Kano Eisen-in before he turned to the popular ukiyo-e style. It was in the early 1780s that Eishi resigned his official duties for the work he loved; he designed first in the style of Shigemasa but soon took (as did most of his contemporaries) Kiyonaga, and later Utamaro, as his models in the portrayal of beautiful women. 'It is no accident that Eishi's art ranks as the most aristocratic in ukiyo-e; his was not a strikingly original genius, but neither did he have to cater to whims of popular taste; his women, whether of the nobility or of the demimonde, inhabit a special world untouched by mundane thoughts and passions. During the latter half of his career, with the general decline in print quality, Eishi devoted himself to ukiyo-e paintings, a field in which he reigns supreme for this period.' Edited extract from: Lane, Richard. 'Images from the floating world: The Japanese print'. Alpine Fine Arts Collection, London, 1978, p.219. This graceful print, portraying the goddess Tamatsushima holding a fan, has been pulled from blocks a little smaller than 'oban' size. 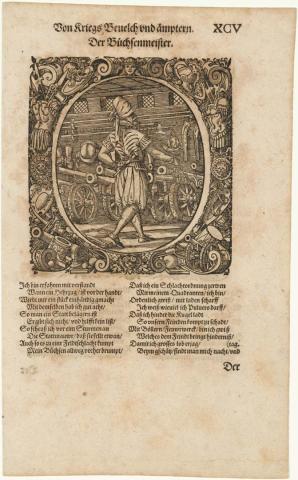 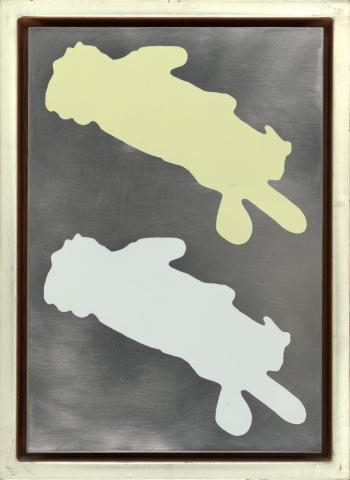 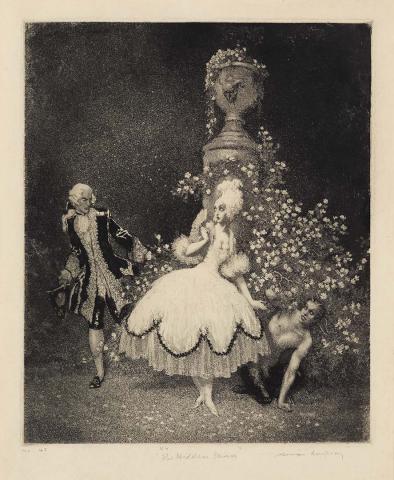 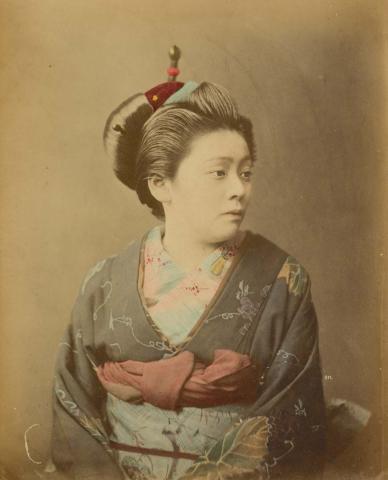 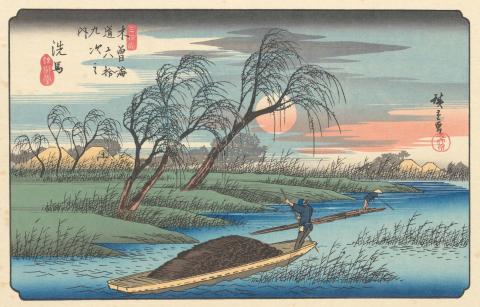 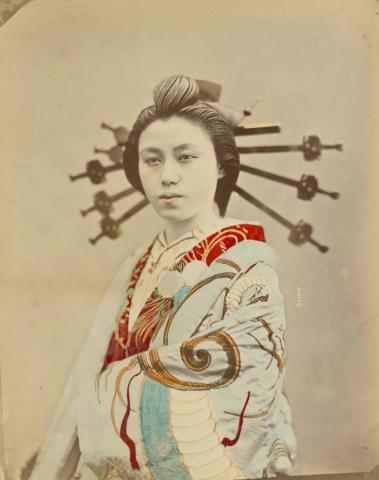