Alick Tipoti was born on Thursday Island, in the Torres Strait Islands, in 1975. He lived mainly on Badu Island - an area that he relates to through his paternal lineage - and Horn Island, while commuting to Thursday Island for his High School education. As a young Torres Strait Islander, Tipoti was raised during the years preceding the Mabo case and grew up surrounded by the mighty Pacific Ocean, swimming and fishing in the same waters that his ancestors relied on for food and communication. As early as 1990 he developed a deep interest in art and decided to undertake art classes at the TAFE College on Thursday Island. These were followed by printmaking studies in Townsville, Cairns and Canberra. In recent years Tipoti has emerged as a dynamic contemporary printmaker and his work has evolved technically and aesthetically. What remains constant, however, is his passion for the stories of his ancestors, particularly those of Badu island - stories told by his father and other elders, stories about sea creatures, headhunters, religious beliefs and life in the old days, before colonisation. Tipoti continues the Torres Strait Islander storytelling tradition in his own personal way, primarily through printmaking, a medium which due to its ability to produce multiple originals, is ideal for the dissemination of ideas through images. Usually the best stories are those that can push our imagination to the limit, those that we want to hear again and again. Tipoti's prints have these qualities. Their relatively large size combined with their intricate designs, technical perfection and visual density capture the eye and absorb the mind, propelling the viewer into another space and time. Tipoti's favoured technique is linocut. Although he sometimes uses colour to emphasise the main theme of the image, he works mostly in black and white, as this allows greater elaboration in the design. When composing a work, Tipoti starts by drawing the main figures and elements of the story, then fills in the rest of the space with designs inspired mainly by traditional motifs carved on Torres Strait Islander artefacts. In works such as 'Mawa kedtha' (1999), the space between his figures can not really be described as a background - it is a complete environment. Tipoti's figures interweave with their surroundings. Rather than characters on a stage, they are legends who live and breathe their history, a history that is engraved in and by their 'sea of islands'.(1) In this way the artist reclaims the history of his people and asserts their deep links with and ownership of their natural environment. Extract from: Giakoumi, Dionissia. 'Alick Tipoti: The sea is history', in 'Fortitude: New art from Queensland'. QAG, Brisbane, 2000, p.46. 1. The term 'sea of islands' is borrowed from the publication 'A new Oceania, Rediscovering Our Sea of Islands' by Eric Waddell, Vijay Naidu, Epeli Hau'ofa (eds.), School of Social and Economic Development, The University of the South Pacific, Suva, Fiji, 1993. 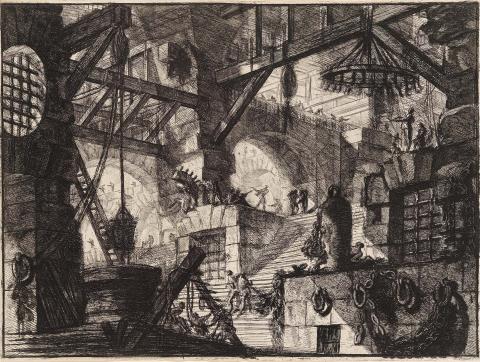 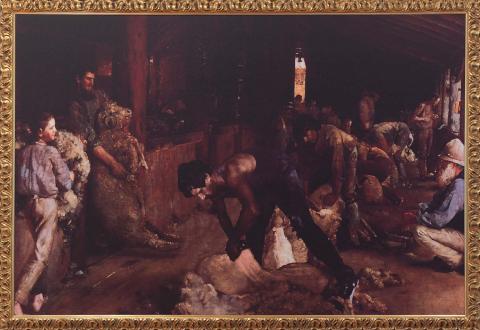 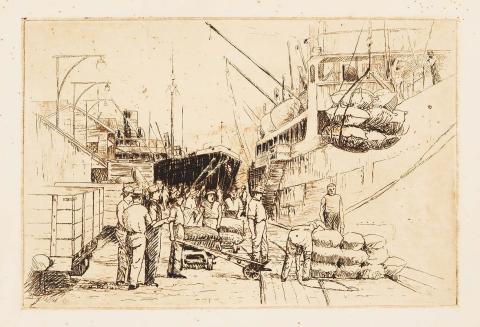 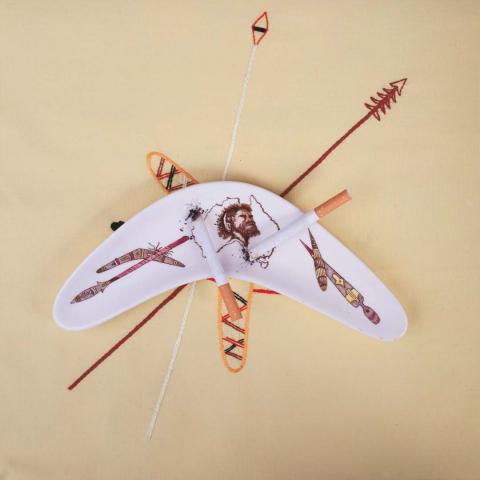 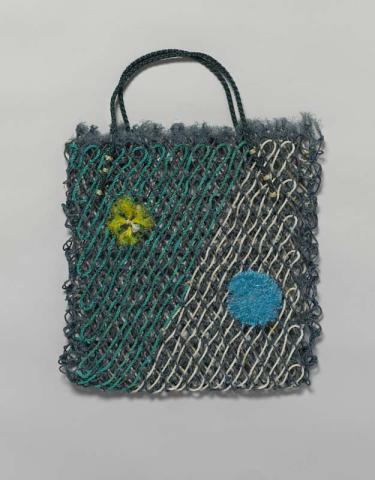 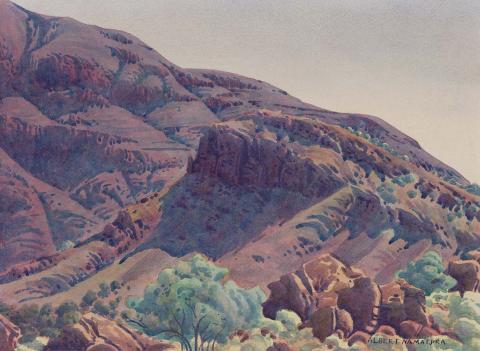