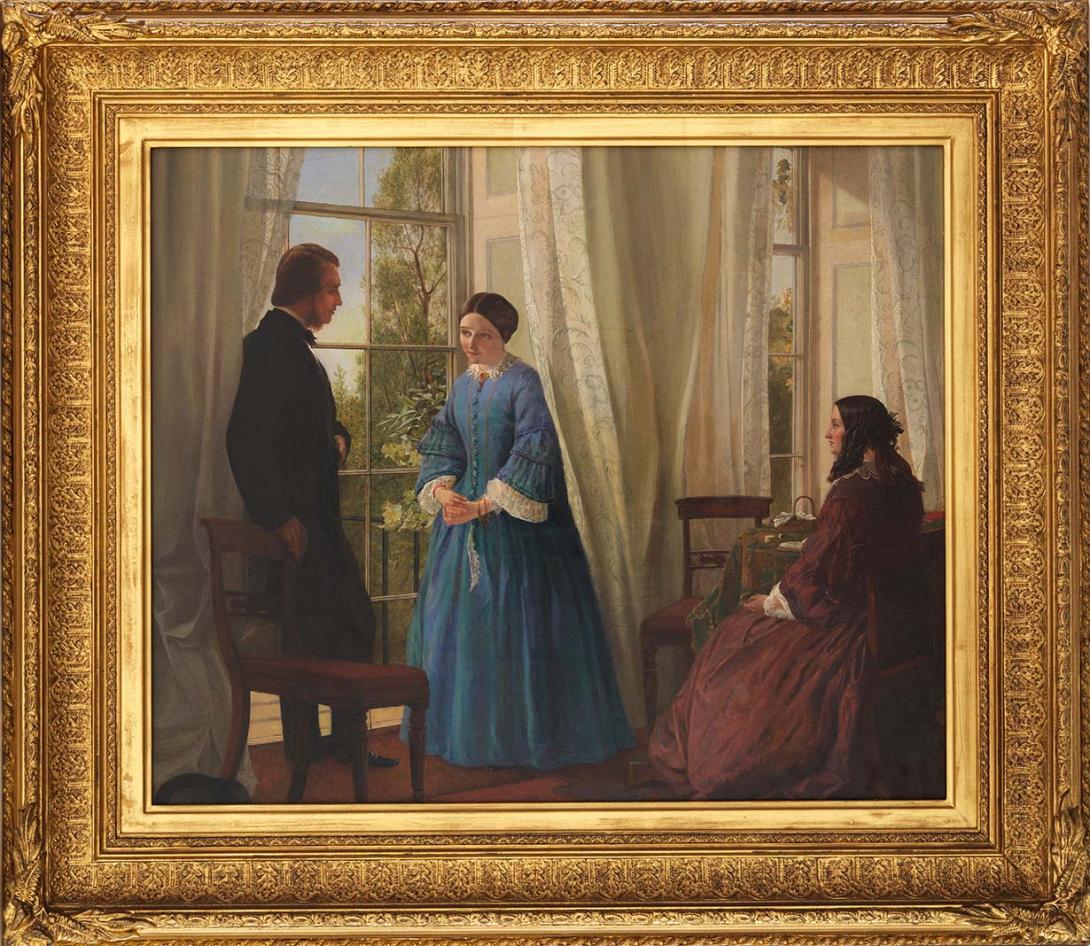 Chester Earles initially trained as a miniature portrait painter in England and exhibited widely before migrating to Victoria where he continued to paint part-time. Earles was regularly praised for his figurative painting when most artists in Australia were already turning to landscape.

Interior with figures is a courtship picture, perhaps even a proposal, with an unmarried young woman receiving the advances of an evidently worthy man under the approving gaze of a chaperone. The fine detail and highly-worked surface of this painting attest to Earles's skill as a miniaturist.