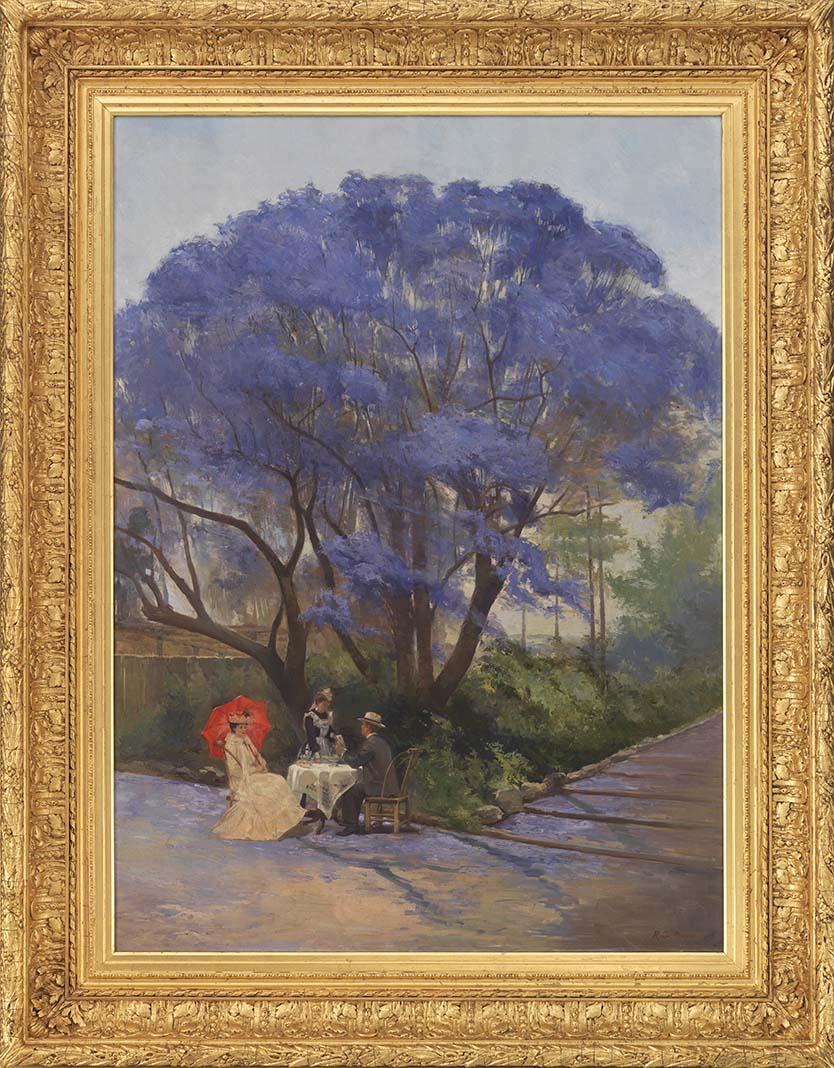 Under the jacaranda 1903 has been one of the best loved works in the Queensland Art Gallery since it entered the Collection in 1903. Godfrey Rivers completed the painting 13 years after he arrived in Australia from the United Kingdom.

The work depicts Rivers and his wife Selina taking tea under the shade of a jacaranda tree in full bloom. The tree was a landmark in Brisbane's Botanic Gardens, which adjoined the grounds of the Brisbane Technical College where Rivers taught from 1891 to 1915.

It was almost certainly the first jacaranda to be grown in Australia. Walter Hill, the Gardens' Superintendent, planted it in 1864. It remained in the Gardens until 1979, when it was blown over during a cyclone - part of the trunk is now located at the offices of the Mt Coot-tha Botanic Gardens.

With jacarandas now growing in most Brisbane suburbs, many the progeny of this first tree, Under the jacaranda may be considered a quintessential image of this city.

RIVERS, R. Godfrey; Under the jacaranda

As part of the classifying fervour that dominated botanical science in Europe, and to exploit the new ranges of plant material that were being discovered in the far corners of the world, in 1855 the…

Read RIVERS, R. Godfrey; Under the jacaranda in full