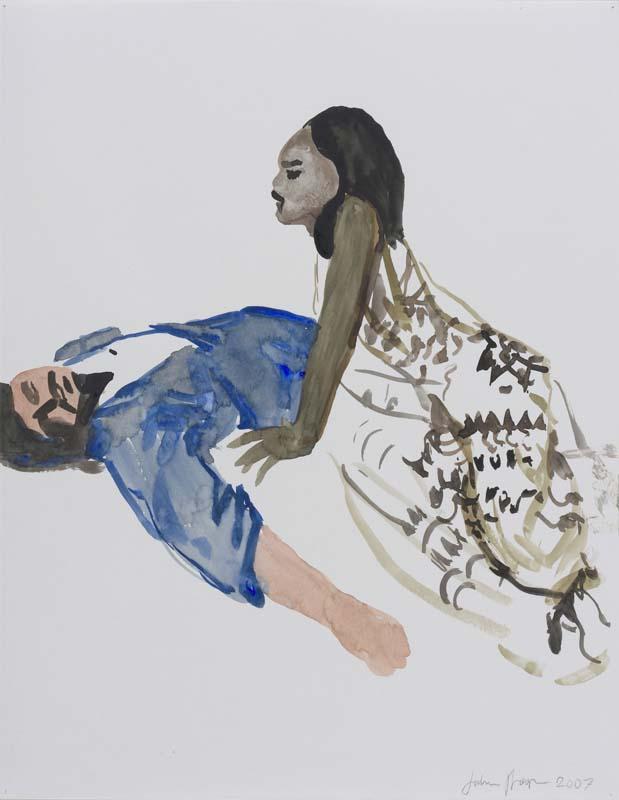 In the 38 watercolours and collages making up the 'Liliu' series, Julian Hooper recounts his Hungarian ancestor Gideon Vecsey's adventure to the Pacific in a non-linear tale set in the 1800s. 'Liliu' offers an imaginative insight into early Europeans' experiences in Polynesia and allows Hooper to engage with some of the continued issues that pervade representations of the region. 'Liliu' means to change or transform in the Tongan language. Hooper ingeniously conveys this idea by abstracting some of his personages and also through his use of various techniques and mediums such as collage and watercolour. Questions of indigenousness, acculturation and the persistence of stereotypes, particularly the sexualisation of the South Pacific, are playfully addressed in the series. 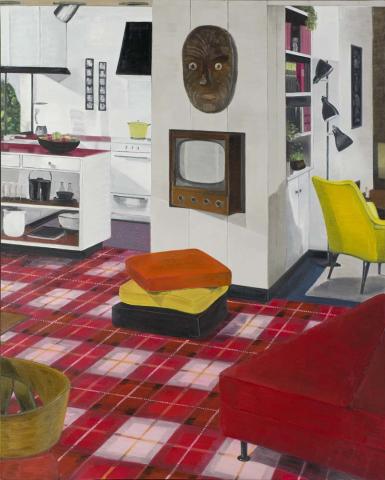 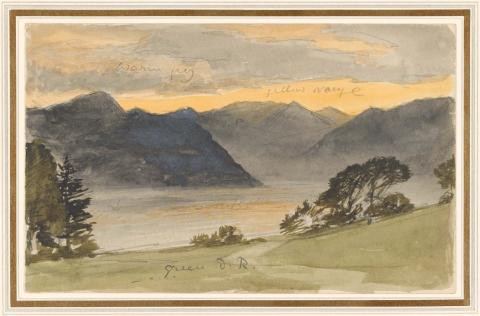 One who is proud of his social status, who does not care for his relatives and friends and even looks down on them is subject to ruin (from 'Sharing knowledge' series) 2008 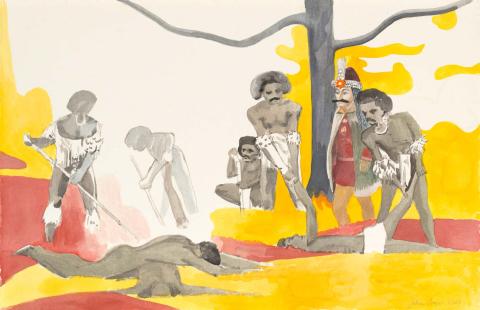 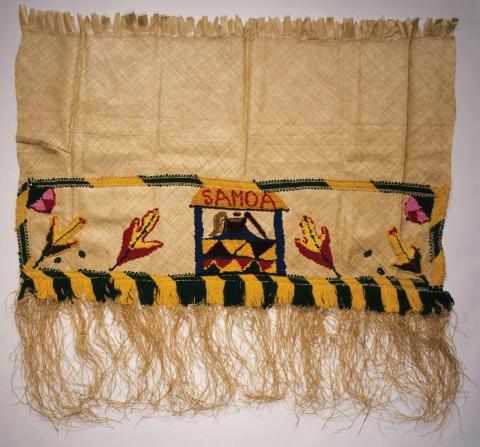 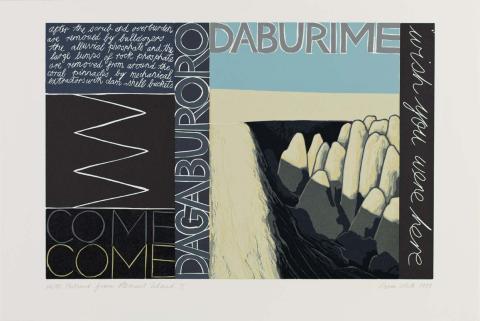