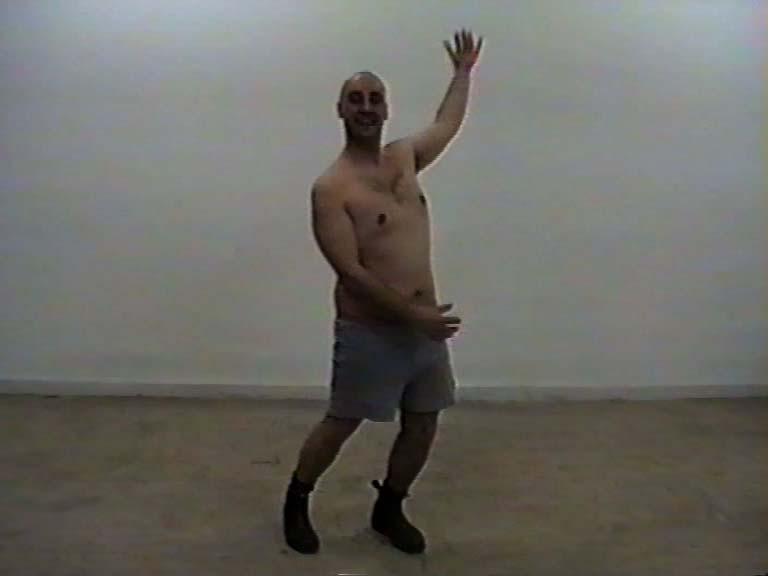 Tony Schwensen is one of Australia's foremost interdisciplinary artists and has made a long and distinguished series of performance works, often examining the underside of cultural life and notions of artistic value.

In the work Hamburger boygroup 2000 Schwensen is seen dancing to the 1999 song 'Keep on movin' by the British boy-band Five. Distilling boy-band dance moves down to a single repeated step, Schwensen breaks down twenty-first-century pop culture to the essence of performance with particular reference to the physical exertion and endurance associated with much performance art.