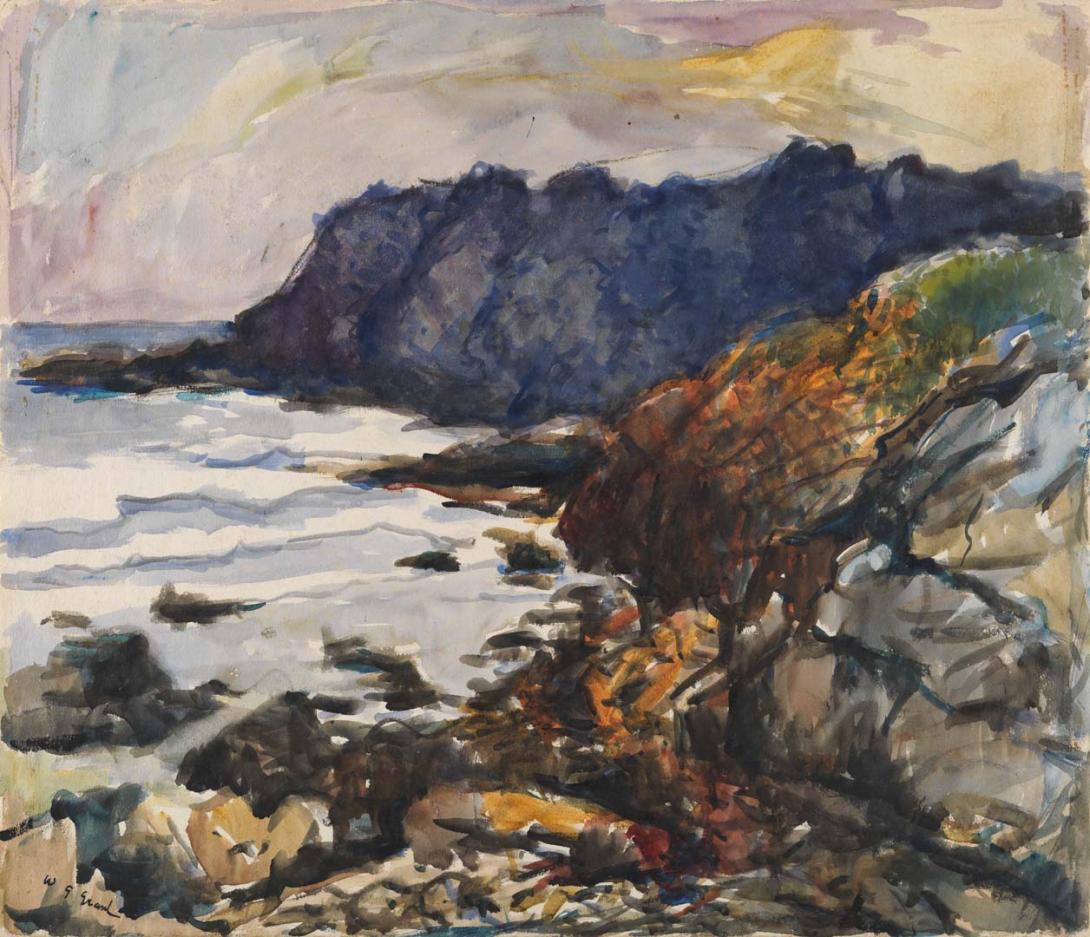 For biographical information see Acc. no. 1991.135 'Additional information'. Paintings of subjects on the North Coast began to appear in W.G. Grant's work from the late 1920s after W.G. and Gwendolyn Grant inherited a cottage at Coolum from Gwendolyn's uncle. The Grants' daughter Ann later recalled: '... everything the landscape artist W.G. Grant desired, was there. The whole village was neglected! Everything was tumbling over - the local store, ... grazing animals, rocks, sand and ocean, mountains and creeks, tea-tree swamps and wallum.'(1) She continued: 'Instead of gum trees, William preferred to sketch the scraggy paper-bark tea-trees or the straggly wattles against the skyline. The sketchy silhouette of the untidy tree appealed to him. As a reasonably tidy man with small, neat writing and numerals [he was an accountant by profession], this was a paradox, for he found straight lines and neat edges, whether in his paintings or the garden unattractive. Nature not only abhors a vacuum but a straight line as well.'(2) A photograph dated 1949 shows Gwendolyn painting a rugged coastline similar to this painting by W.G. Grant. Husband and wife frequently sought inspiration from the same subject. Glenn R. Cooke, Research Curator, Queensland Heritage, June 2001. 1. Ann Grant, quoted in Bradbury, Keith and Grant, Ann. 'Gwendolyn and W.G. Grant: Their art and life'. G.R.M. Grant, Indooroopilly, 1990, p.55. 2. Ibid., p.54. 3. Ibid., p.54 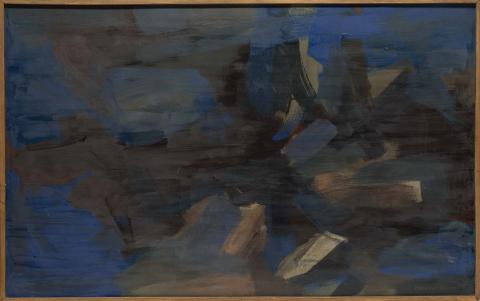 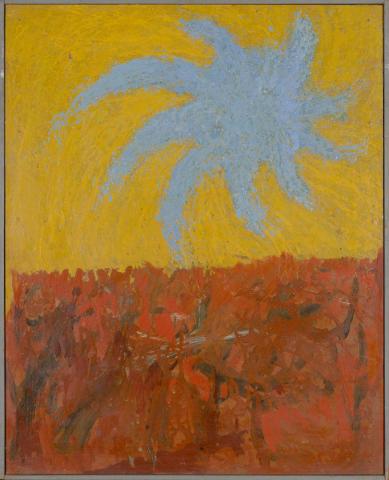 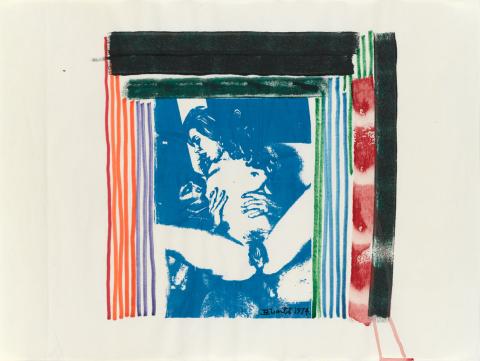 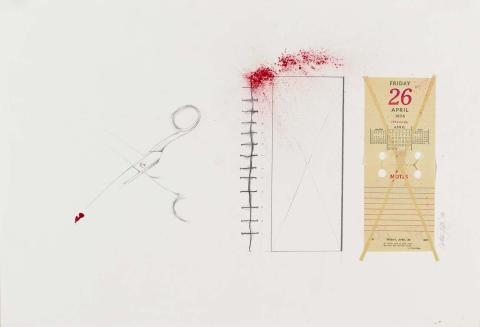 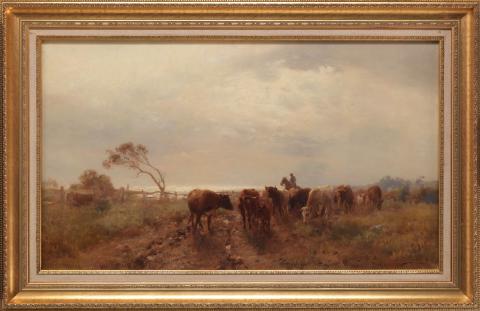