Inyuwa Nampitjinpa, born c.1920, is a senior law woman who has, for decades, engaged in ceremonial mark making. She moved to canvas in the early 1990s, and this has enabled her to expand her repertoire. Her work was shown for the first time outside Alice Springs in an exhibition titled 'Papunya Women' held at Utopia Art Sydney in 1996. In 1997 Nampitjinpa's work was exhibited at Gallerie Gabrielle Pizzi in Melbourne. The 1980s marked a turning point in the recent history of the peoples of the Western Desert. A movement for the re-settlement of tribal homelands was gathering momentum. The Pintupi exodus back to their own country spearheaded the homelands movement in the Western Desert. In 1981 Kintore, located just inside the Northern Territory border deep in the heart of Pintupi country, was established. By 1985 they had expanded further west across the Western Australian border to Kiwirrkura. Vivien Johnson in her book, 'Aboriginal artists of the Western Desert', explains that paintings were a way for the tribesmen to pass on their Dreamings to the next generation. Re-settlement, and the re-establishment of the ceremonial links which the paintings depicted, resulted in a more 'professional' approach to art- marking.(1) The works are marketed through Papunya Tula Artists Pty Ltd, an Aboriginal run co-operative. During the 1970s there was a preoccupation with the enterprise as a cultural initiative of the older ceremonially knowledgeable men. The women's increasing participation as assistants on their husbands' or fathers' canvases reflected the more secular orientation of the original group of artists towards the painting enterprise. It was these women, already highly proficient in the contemporary Western Desert style, who later began to paint in their own right. From the outset this second generation of Papunya Tula artists painted highly sophisticated canvases for the western art market, producing variations in style and colour. The style of this work by Nampitjinpa is characteristic of the spontaneity and painterliness of women's art in Kintore. It exhibits a rawness and minimalism not evident in the more formal and tighter works by male painters in the region. The women are constantly experimenting with innovative styles and media in their search for new ways of telling old stories. Male artists whilst experimenting with new colours, technique and scale tend to retain the 'classical' style of painting, drawing on traditional iconography based on the principles of symmetry. In contrast, Nampitjinpa's work, like those of a number of other women artists in the desert including Emily Kame Kngwarreye, is exciting and personal especially in the unusual choices of colour and rapid handling of paint. Although the iconic desert circle, referring to women's ceremony in this case, is worked across the surface of the painting, it is a personal adaptation, more organic than geometric in form. It has strong parallels with the efflorescence of an innovative women's painting style which started at Balgo in Western Australia during the early 1990s. Prepared from: Johnson, Vivien. 'Aboriginal Artists of the Western Desert: A Biographical Dictionary', Craftsman House, Roseville East, 1994, pp.13-15. 1. Ibid., p.14. 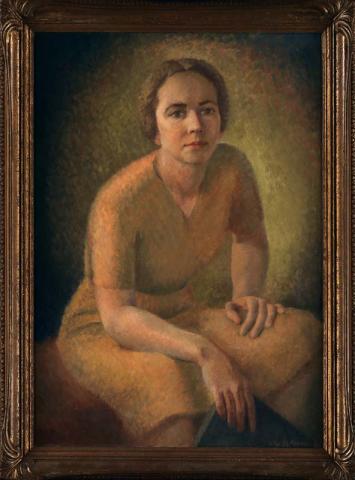 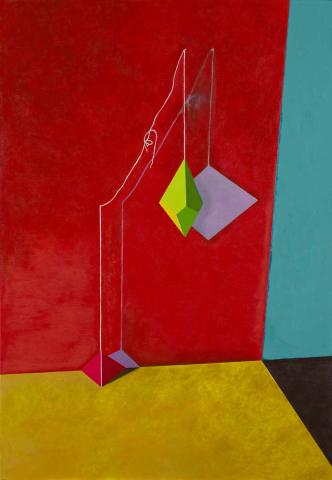 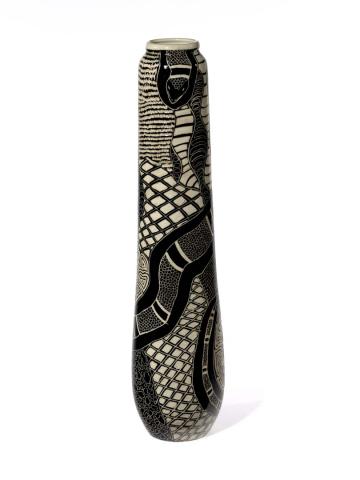 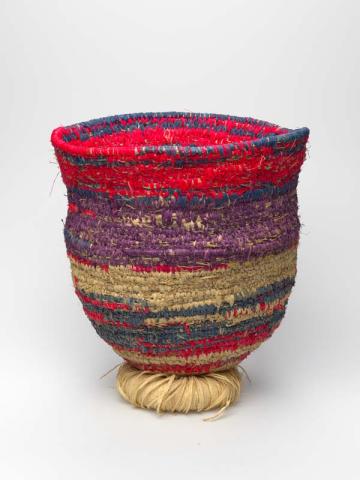 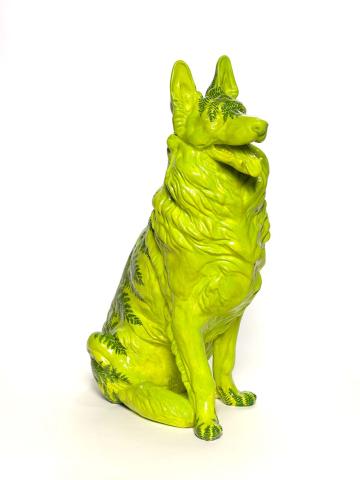