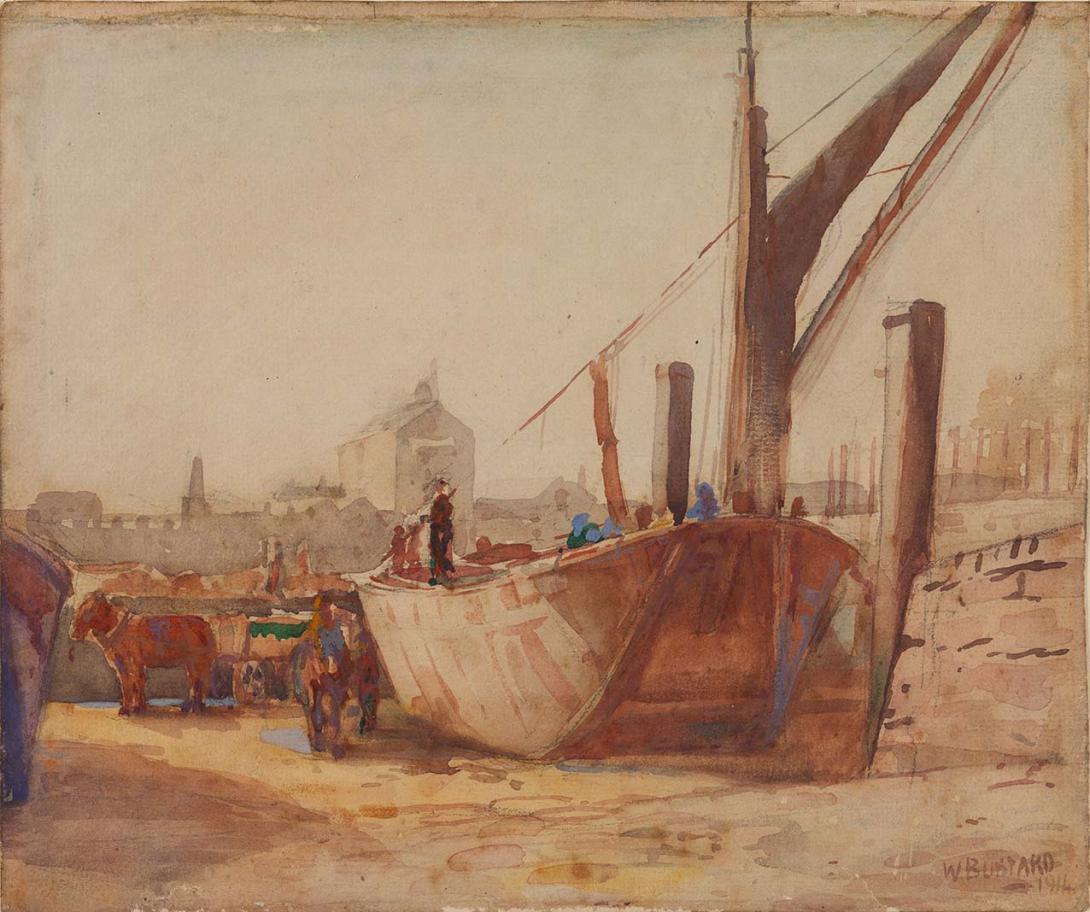 For biographical and background information see Acc. no. 2:1024A.036 'Additional information'. William Bustard was born in England in 1894, where he remained until he emigrated to Australia in 1921. He undertook his art training at the Scarborough School of Art in Yorkshire, and at the Battersea Polytechnic and the Putney School of Art in London. In 1914, after completing his formal training, Bustard displayed 'Barge on the Thames' in a Royal Academy exhibition, where it was awarded first prize in watercolour painting division. As a result of his win he received a scholarship to study at the famous Slade School of Art in London. He was called into active service the following year. Because circumstance interrupted Bustard's artistic career until the end of the war, 'Barge on the Thames' is Bustard's single most significant painting before 1918. Victoria Garton, Research Assistant, Nov. 1999. 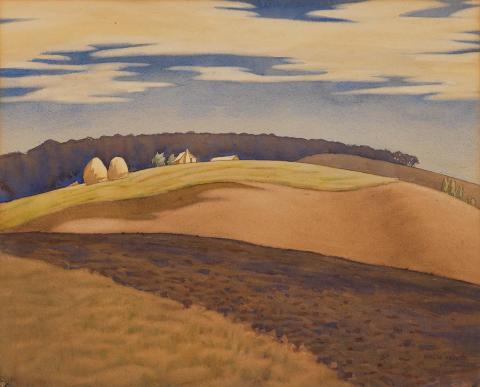 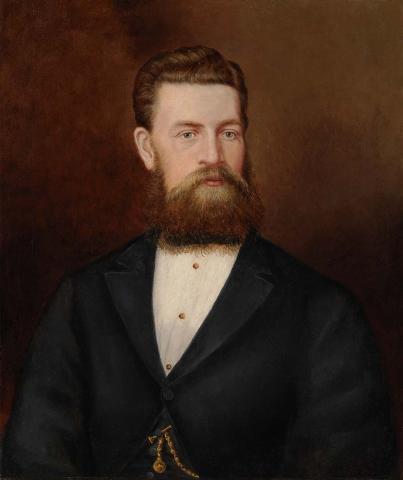 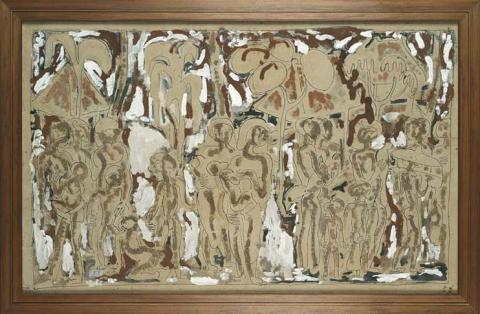 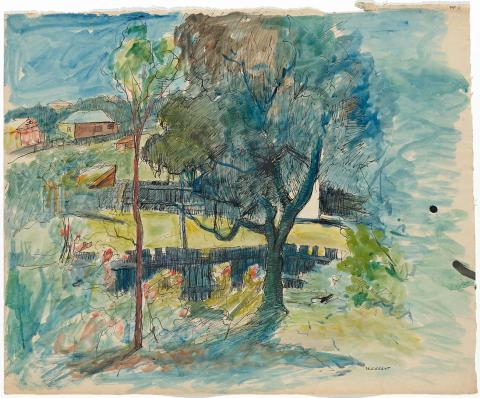