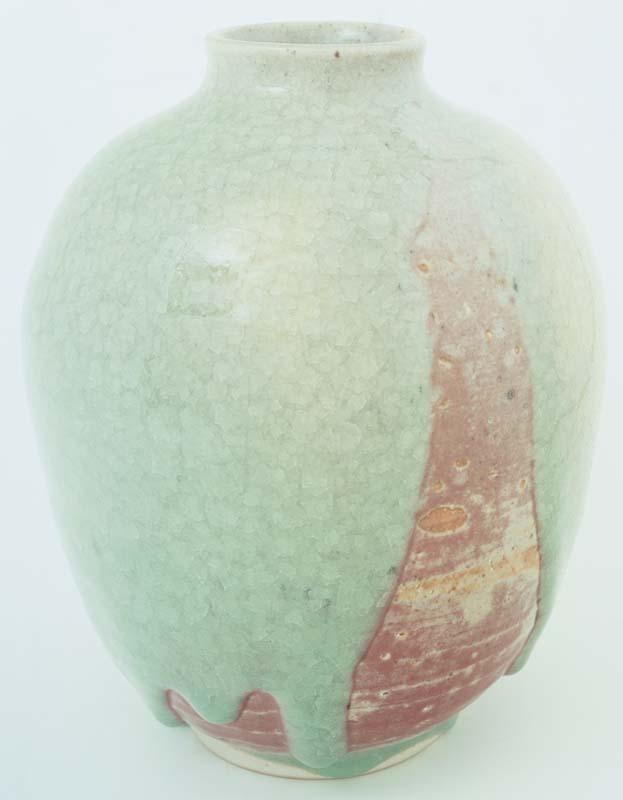 This stoneware pot by Kiyoshi Ino has a thick crystalline chun type glaze which has been poured over the shoulder of the vase forming thick drips above the foot rim. The area devoid of glaze is a strong pink-mauve. The chun glaze is a smoky blue except where it has been affected by a direct kiln flame and the colour has burnt out to a straw-like hue. The variation in effect is expressive of the uncertainty of the wood fired kiln and, indeed, these fugitive effects of the kiln are sought by the potter.

Kiyoshi Ino was born in <?xml:namespace prefix = st1 ns = "urn:schemas-microsoft-com:office:smarttags" />Kyoto, Japan in 1946 to a family that has been involved in the production of pottery for some 160 years. He worked in the family studio while studying at the Kyoto School of Arts and Crafts, completing his diploma of Ceramic Art in 1969. After graduation he attended the Kyoto Technical School for a post-graduate course in glazing. Later, Ino was appointed lecturer in ceramics at the Kyoto Technical School.

After completing a study tour of China and Taiwan, Ino was one of a group of Japanese potters that travelled to Australia from the 1970s onwards following in the footsteps of the famous Japanese potter, Shoji Hamada (represented in the Queensland Art Gallery's Collection), who had visited in 1965.  Kiyoshi Ino visited Sydney in 1973, where he worked with Japanese potter Shigeo Shiga (also represented in the Queensland Art Gallery's Collection). He took up an appointment as Visiting Lecturer in Ceramics at the Gippsland Institute of Technical Education, Yallourn, Victoria, from 1974 to 1976 and returned there as Assistant to the Senior Lecturer in Ceramics in 1979. He ceased teaching at the Gippsland Institute in 1988. Ino was involved in the establishment of a space for artists in the old butter factory at the nearby township of Yinnar and in 1982 the Yinnar Art Resource Collective, commonly known as Yinnar ARC, was established. Ino has exhibited extensively throughout Australia. 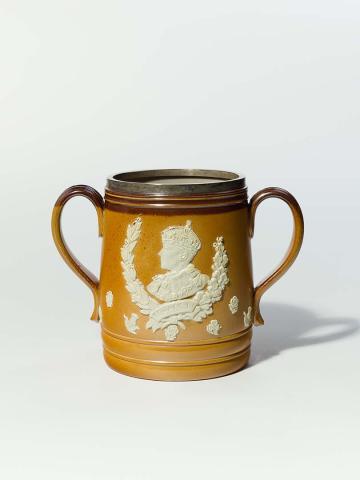 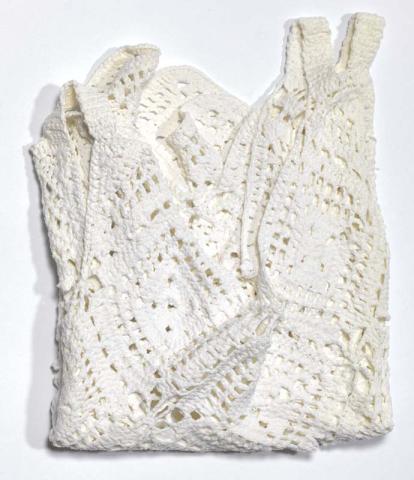 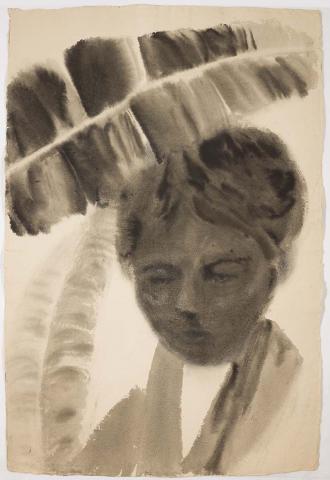 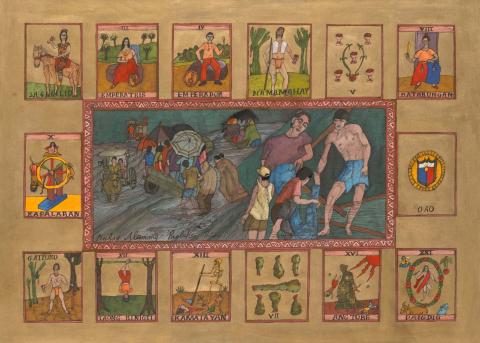 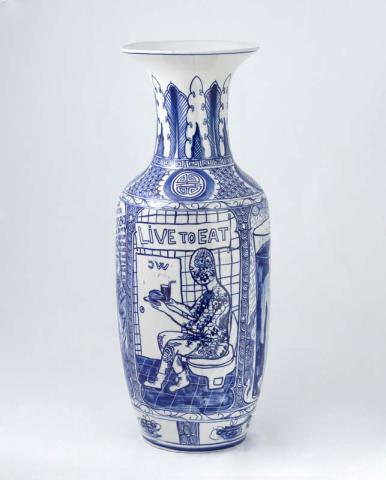