Steps to a disintegration 1991

Danny Guinsberg was born in Brisbane in 1968. After graduating from the Queensland College of Art in 1989, he was awarded the 1990 Melville Haysom Memorial Art Scholarship offering an Artist-Residency at the QAG. He is currently investigating the structure of images, both photographic and painted. He previously used painting and photography as separate entities. By relating them through an installation format, he has been able to explore the contradictions and tensions between painting and photography. 'Steps to a disintegration' was designed specifically to be installed in the QAG on the stairway linking Galleries 5 and 11. The aim was to create a work that would be incorporated into its surroundings in aspects of design, concept and subject matter - one that will provoke a different approach to how we see 'works of art' in the Gallery. The location of the piece, on interior stairs of the Gallery, utilizes a 'non-art space' and demands interaction with the public. The images used on the lightboxes are appropriated from television screens, taken out of their original circumstances and severed from their initial purpose. The process of using unrelated images, twice removed from their source, is the main consideration. The images are enlarged to emphasise the pixilated screen and television bands, adding another visual reading to the work. Each element of the work is individually recognizable from everyday experience. The design of the work forces the two split images (on opposing planes) to interact, creating a third and binding image from which the work can also be read. Danny describes the installation as follows: 'Through the use of subject matter and design elements, I have tried to achieve individual yet confronting enigmas. As a whole I see the work evokes not so much a narrative, but a constellation - an assemblage of numerous ideas through which I want to uncover a hidden meaning and form a common ground.' 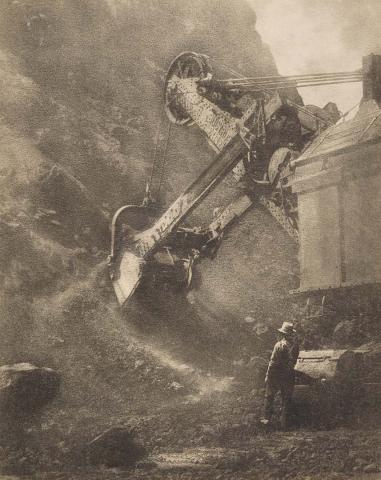 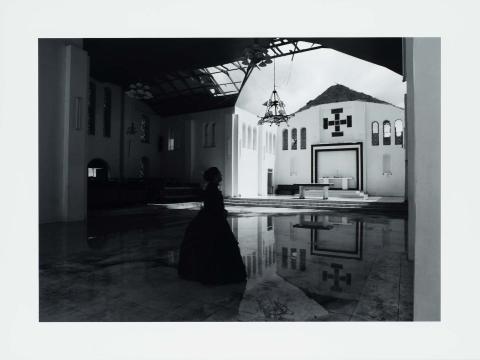 Agelu I Tausi Catholic Church After Cyclone Evan, Mulivai Safata (from 'Where do we come from? What are we? Where are we going?' series) 2013 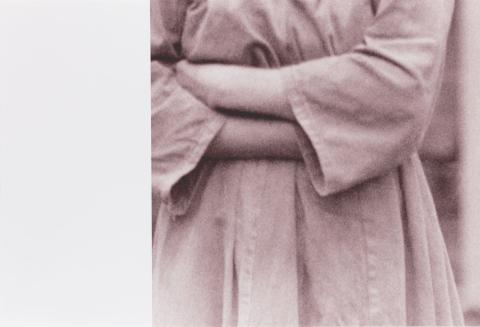 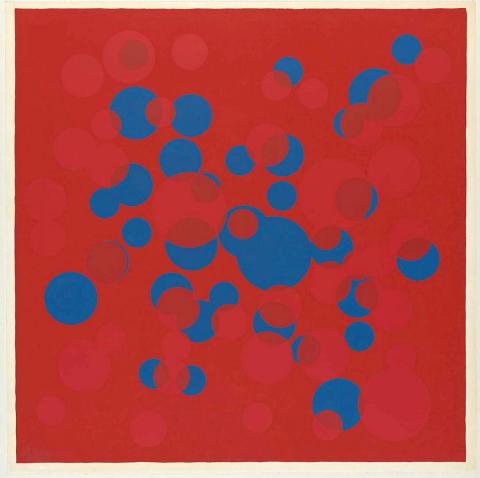 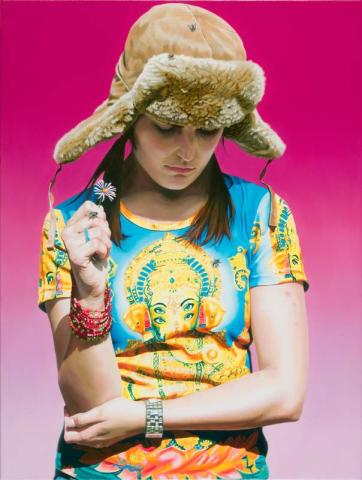