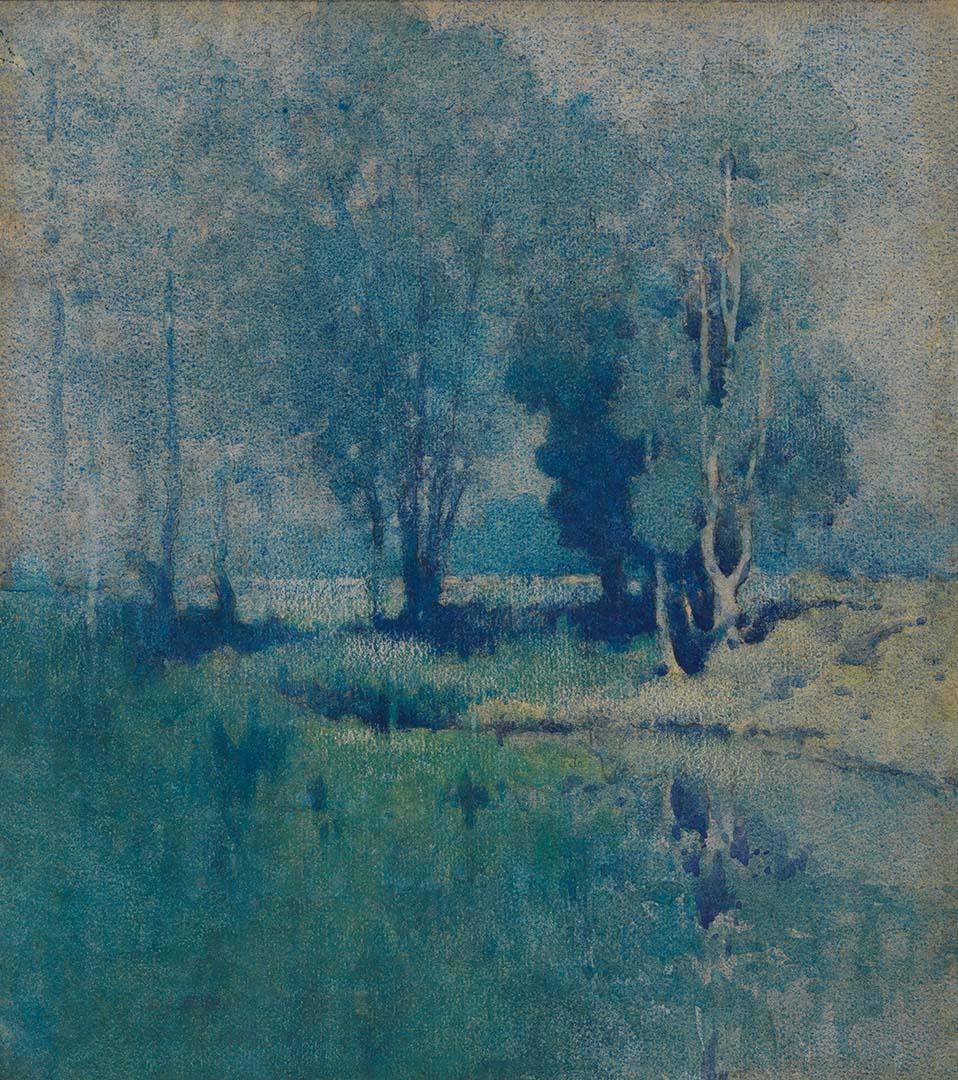 'Often, in a disturbed mood, wrapt in black thoughts, I go to our National Gallery and sit in front of the "Hilders", and by and by I come away filled with peace.' Julian Ashton. Queensland born J.J. Hilder has been called Australia's 'first romantic' painter. He subtracted from nature, eliminating all but the essence, leaving one's imagination to complete the subject. Hilder's command of blue, said by Lionel Lindsay to be 'the most difficult of all colours on the palette to manage' was astonishing. On rough textured paper he allowed the colour to collect in the grain, casting shadows and creating atmospheric and lyrical effects. Jesse Jewhurst Hilder was born in Toowoomba in 1881. He attended the Toowoomba North State School and when the family moved to Brisbane in about 1890, the Fortitude Valley School. He won a Scholarship to the Brisbane Grammar School and joined the Bank of New South Wales in 1898. Two years later he was transferred to Sydney. He later worked for the bank in Goulburn, Bega, Wyalong and Young. Tuberculosis forced his retirement from the bank in 1909 and painting became his only source of income. Hilder had begun part-time study at the Julian Ashton School, Sydney in 1906 and the following year 21 of his paintings sold at the Society of Artists' Exhibition. The artist's agent, Adolf Albers, represented Hilder from about 1910 and sold his work in Brisbane and Sydney. His son Brett recalled that some of Hilder's early work was in very vivid colours, and others very dark, such as twilight scenes and nocturnes, with later paintings in variations of one dominant colour, either blue or gold or reddish brown. His final phase tended to almost pure tonal compositions. A doctor believed these phases were a result of the artist's health, fluctuating between hope and despair of recovery. Hilder was a severe critic of his own paintings. Rarely did he complete more than one or two in a week, and even then he might destroy those. He made painting trips to Richmond in 1911, a brief stay at Valley Heights in 1912, followed by a month at Berowra Creek, an arm of the Hawkesbury River, in March 1913, and later in the same year, he visited Lake Macquarie, in 1915 he made two visits to Dora Creek. Hilder's watercolours are lyrical expressions of simple things. 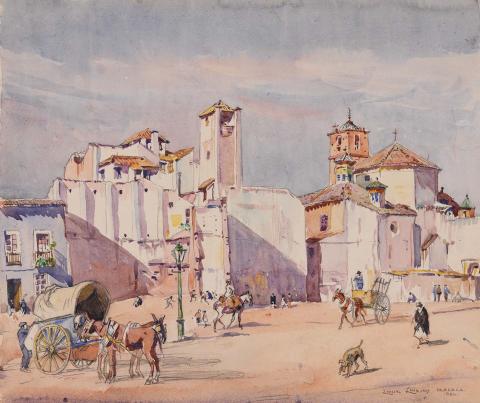 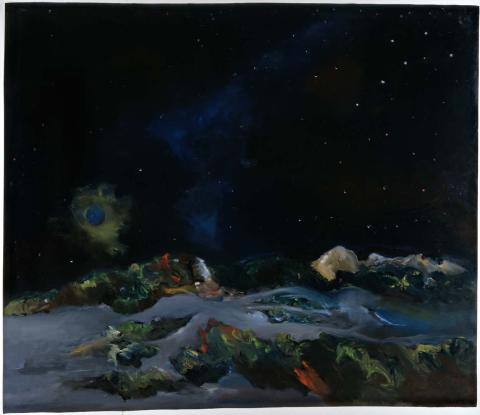 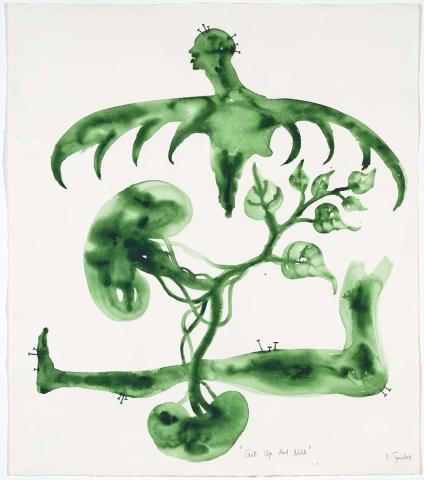 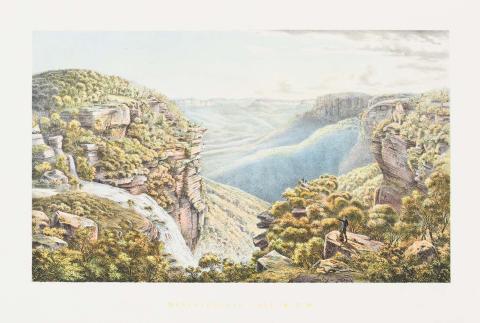 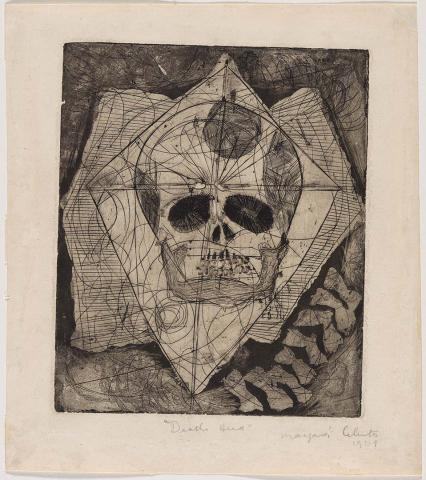