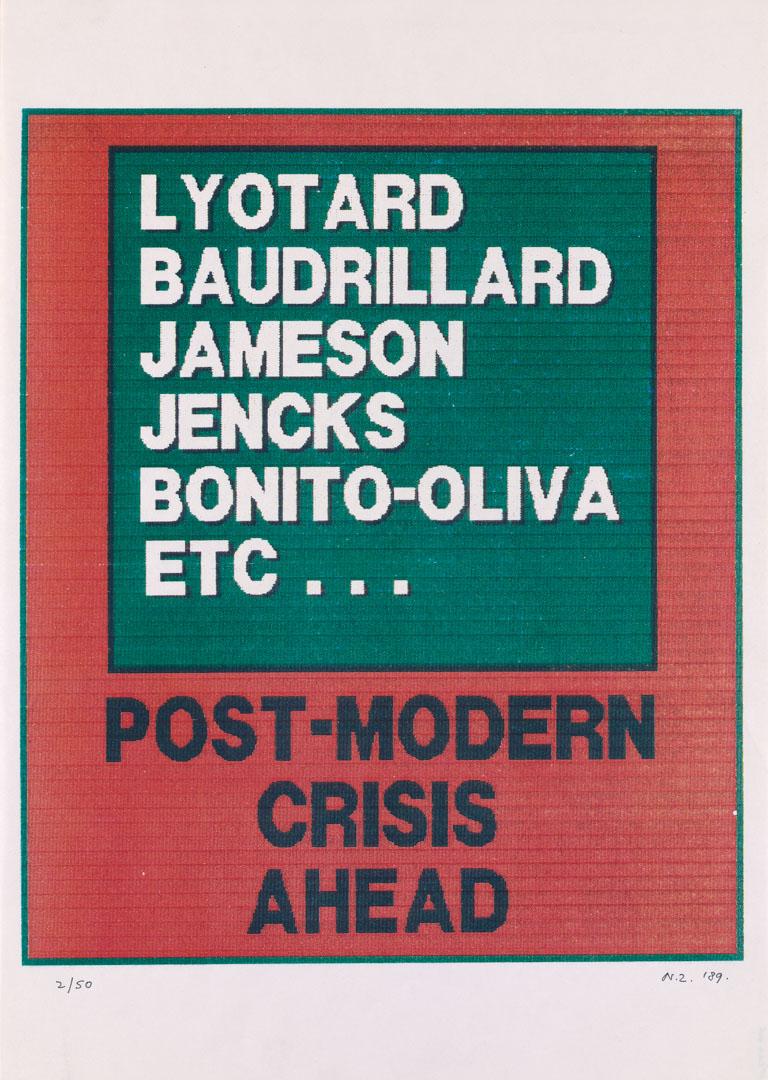 For biographical information on these artists see Acc. no. 1993.386 'Additional information'. This package of works (Acc. nos 2004.006-010) by Nicholas Zurbrugg was produced with Queensland artist Adam Wolter, who describes his role in making them as the 'operator'.(1) The works are colour photocopies from an Okimate 20 master print. They were produced on an Omega computer using a Delux Paint program.(2) This work '(Lyotard, Baudrillard, Jameson, Jencks, Bonito-Oliva, etc. ...Post- modern crisis ahead)' is an example of Zurbrugg's concrete poetry of the 1980s. Zurbrugg wrote of the genre: '...rather than existing "between" poetry and painting, new forms of verbal/visual creativity virtually appear to occupy and identify creative spaces "beyond" poetry and painting, as word, image, graphics and colour combine with typography, paint, photograph, photocopy and computer.'(3) The work engages with the influential postmodern cultural and linguistic theories of the 1970s onwards, particularly those of Jean Baudrillard, Frederic Jameson and Jean-Francois Lyotard. For example, French theorist Jean Baudrillard examined the speed at which modern-day mass media could disseminate information - particularly images. The result of this was that 'reality' and images of that 'reality' seemed, to an extent, to inhabit the same order. Baudrillard posited that the world could therefore be experienced in a state of 'hyper-reality'. This and other such potential 'crises' hypothesised by postmodern theorists are perhaps what Zurbrugg refers to in this work, albeit tongue-in-cheek. Essay by Holly Arden, Curatorial Assistant, Contemporary Australian Art, June 2004. 1. Wolter, Adam, telephone conversation with Holly Arden, 25 Feb. 2004. Wolter often operated the computer side of production. 2. Ibid. 3. Zurbrugg, Nicholas. 'Visual poetics: Concrete poetry and its contexts'. Museum of Contemporary Art, Brisbane, 1989, p.1. 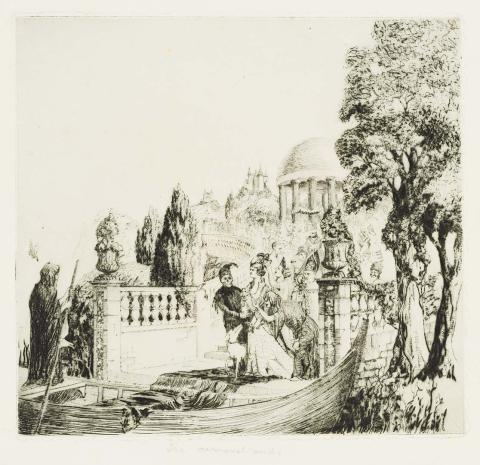 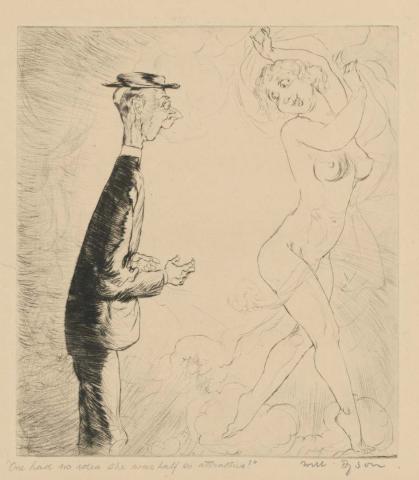 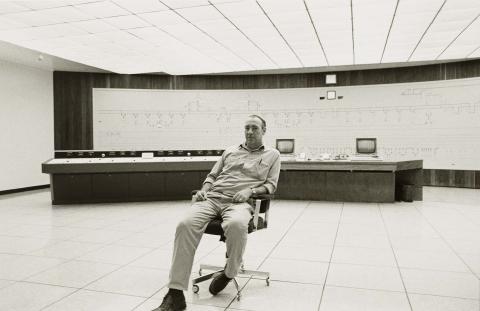 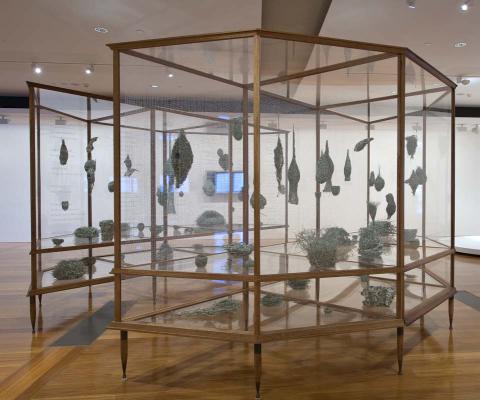 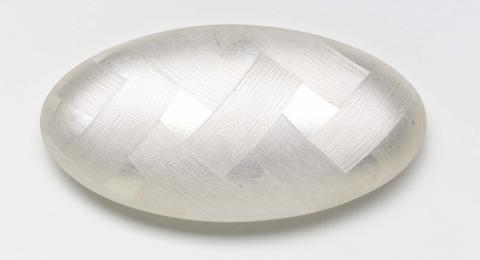