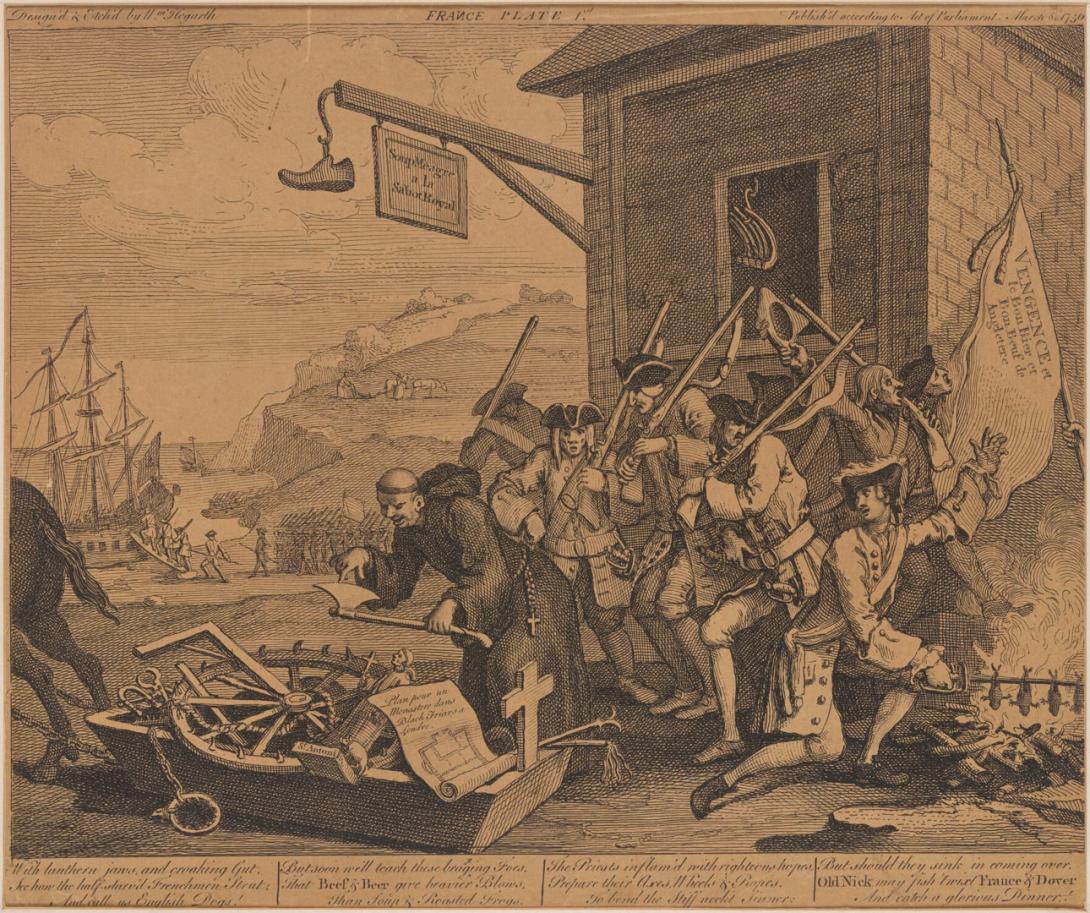 For biographical and background information see Acc. no. 2:0040A 'Additional information'. "Caption (written by David Garrick): * With lanthern jaws, and croaking Gut, * See how the half-starv'd Frenchmen Strut, * And call us English Dogs! * But soon we'll teach these bragging Foes, * That Beef & Beer give heavier Blows, * Than Soup & Roasted Frogs. * The Priests inflam'd with righteous hopes, * Prepare their Axes, Wheels & Ropes, * To bend the Stiff neck't Sinner; * But should they sink in coming over, * Old Nick may fish twixt France & Dover * And catch a glorious Dinner! "The scene is the coast of France with troops loading on a ship for an invasion of England. A monk tests his axe, and supervises a sledge (on which condemned men were drawn to execution) which contains, among other things, a wheel, whip, fetters, pincers, miniature gallows, statue of 'St Antoni' and a 'Plan pour un Monastere dans Black Frairs a Londre'. Popery was, of course, what the English traditionally and popularly feared most from France; and popery was associated with the Inquisition. "Behind the monk is a ragged, starved bunch of French soldiers; their officer is roasting frogs spitted on his sword and pointing to the flag: 'VENGENCE et le Bon Bier et Bon Beuf de Angletere'. Behind this group is the inn ('Soup Meagre a la Sabot Royal' on the signboard, which suggests the stock from which their soup is made), and through the window we see a meatless set of ribs hanging from a hook. In the far distance two women, all that is left after the men have marched away, are plowing a field." Paulson, Ronald. 'Hogarth's graphic works'. Yale University Press, New Haven, 1965, cat. no. 202, p.236. 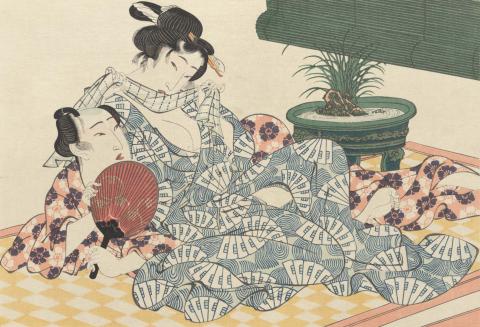 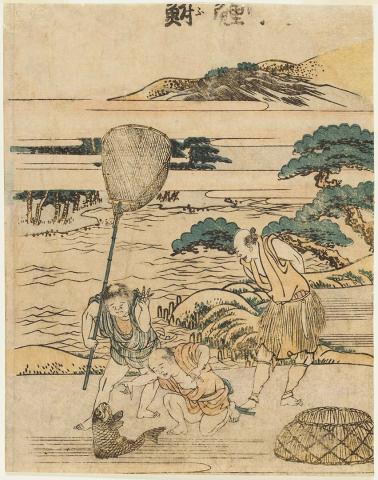 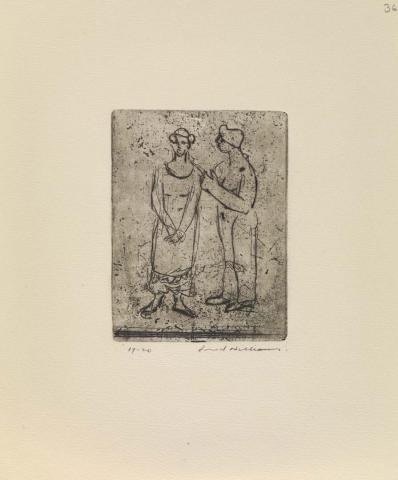 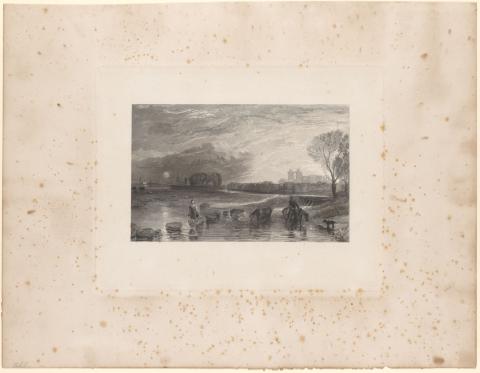 Leicester Abbey, Leicestershire (from 'Picturesque views in England and Wales') 1834 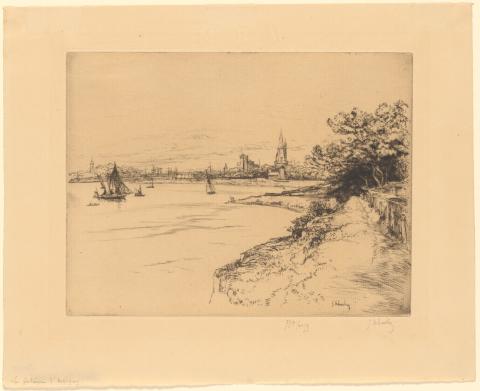 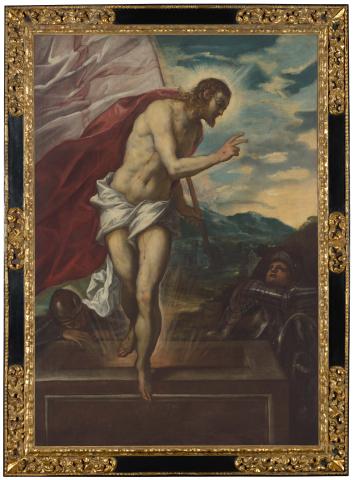