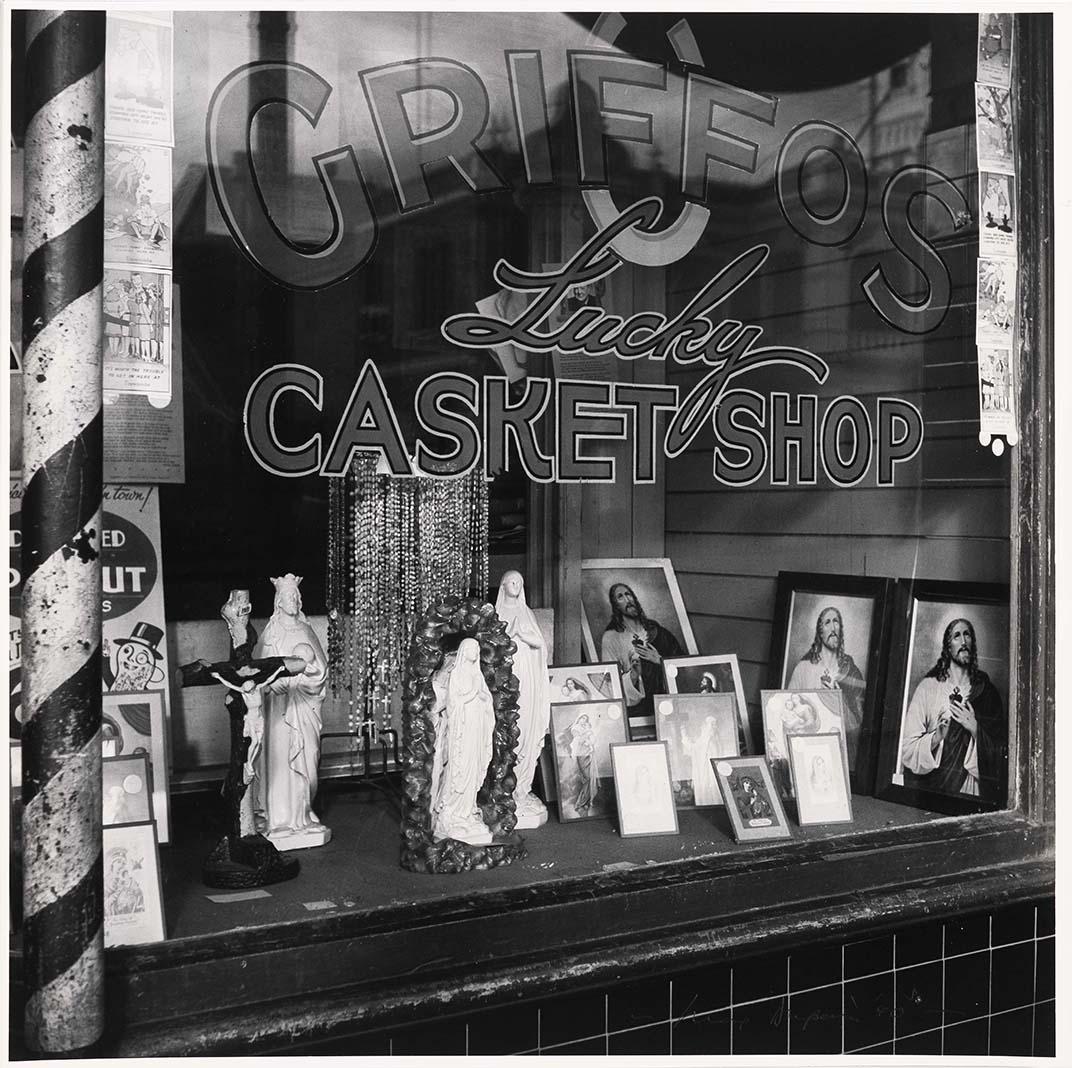 Max Dupain always had a particular interest in photographing architecture, a subject that he considered to be like a 'giant still life'. This photograph of a shop-front window in Toowoomba is reminiscent of photography in the United States during the late 1950s and 1960s. Photographers, such as Robert Frank, Garry Winogrand and Lee Friedlander, focused on details of small-town America to build a picture of the American character. Similarly, the various cards and artefacts in the window of this newsagency reveal much about country life in Australia in the 1940s.

Shop window, Toowoomba displays qualities typical of Dupain's classical approach to photography, the right amount of discipline and composition combined with the casual, glimpsed moment, producing an image which invites the viewer to reconsider the everyday and familiar. There is a curious irony and humour underlying this image, in which the paraphernalia of Catholic faith is countered by the urbane ritual of the lottery.