Christ is nailed to the Cross 1958 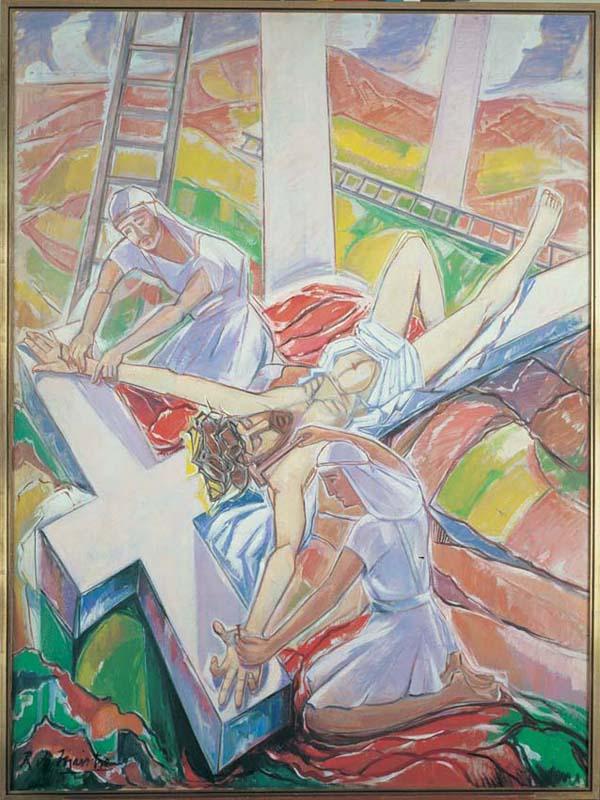 For biographical information see Acc. no. 1992.130 'Additional information'. The Australian artist Roy de Maistre created a theory of art whereby he proposed an alliance of music and colour based on the music scale and the prismatic colour spectrum. For example, if the yellow was equivalent to middle C, the lighter tone represented the higher octaves and the darker shades represented the lower notes. He believed colours which were allied to the notes of harmonising chords in music would themselves harmonise. Before the war de Maistre and fellow painter Roland Wakelin, produced several abstract works using this colour theory. These works received mixed reviews, although many were encouraging. But after the war which left a fear of the modern and anything European, which included abstract art, Australia had become a land of the nationalistic image. de Maistre found that his work was rejected and he was forced to work using his theory of colour doing interior decorating work. In fact his colour/music charts ended up being marketted through Grace Bros. as an aide to budding interior designers. Finally in 1930 de Maistre left for England. When he first arrived his works using his theories were very successful. One critic stated that 'his work combined the possibilities of Cubism combined with a very personal approach'(1) and that 'his personal form of cubism fell between the extreme work of artists like Picasso and realistic imagery, between abstraction and surrealism'.(2) But towards the end of the 1930s the sale of his work was dropping off. Although he produced his first religious paintings in the early 1930s, de Maistre's output now was almost entirely works of the religious art genre. There was a ready market for his work through his wealthy patrons, Catholics Camilla Keogh and her family, Lord and Lady Ashbourne. In his early works in this genre, de Maistre used the well known countryside in Basque and St Jean de Luz as backgrounds for his central figures. In this later work, he included references to the Australian landscape.(3) In this work, 'Christ is nailed to the Cross', de Maistre used his colour theory and his personal cubistic approach to produce a harmonious work in yellows. The background area has been described as the colour and form of an Australian landscape.(4) Prepared from: Johnson, Heather. 'Roy de Maistre: The English years 1930-1968'. Craftsman House, Roseville East, 1994. Johnson, Heather. 'Australian art singing a rainbow: The myth of Roy de Maistre'. 'Australian Financial Review Magazine', 30 June 1995, pp.24-32. 1. Op. cit., p.126. 2. Ibid., p.126. 3. Ibid., p.128. 4. Ibid., p.128. 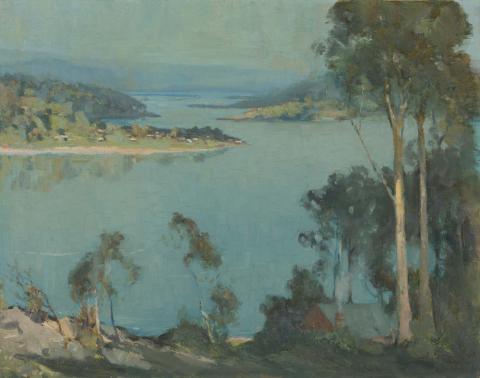 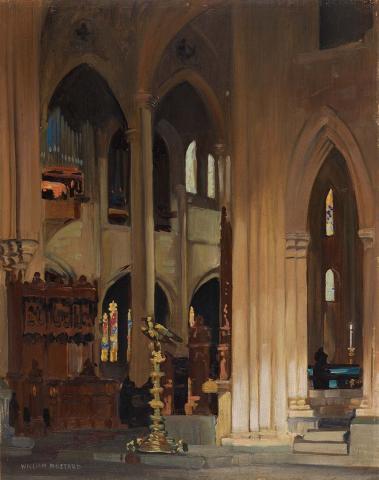 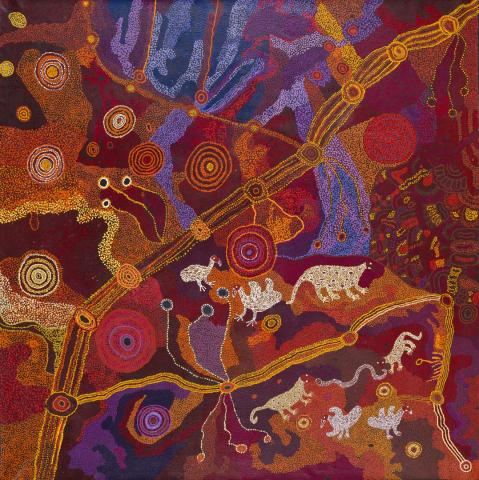 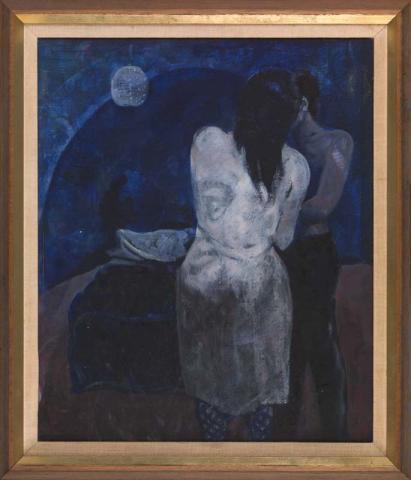 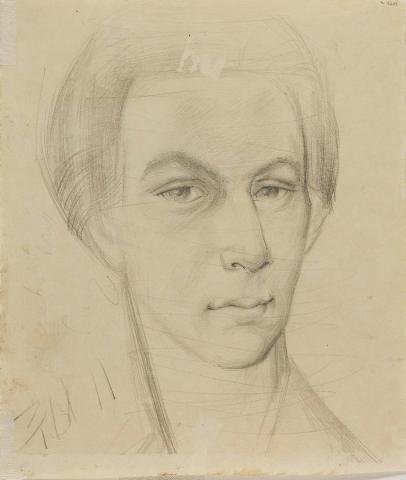 Preliminary version of 'Head of a youth'

The coast at Port Macquarie c.1933