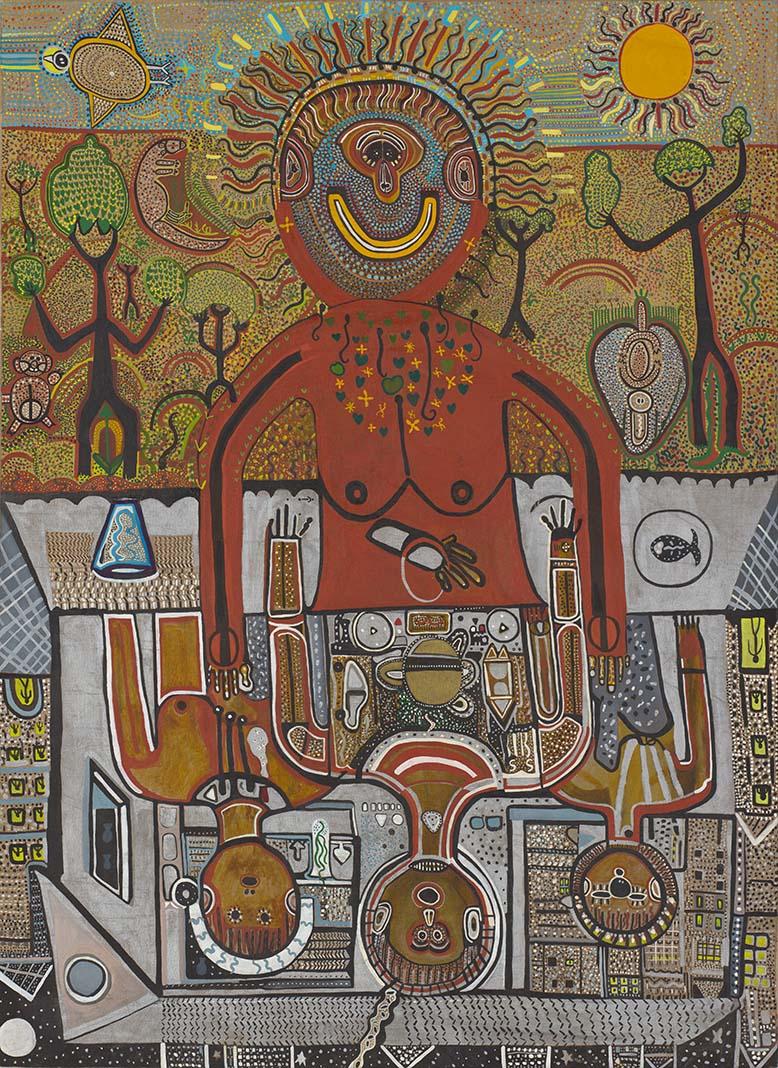 Trevor Nickolls was born in Adelaide in 1949. He gained a Diploma in Fine Art (Painting) from the South Australian School of Art, 1970. He studied at the Western Teachers College, South Australian CAE in 1972 and the Canberra College of Advanced Education, 1977. In 1978 Nickolls received a Diploma in Teaching from the South Australian CAE and two years later received a Post Graduate Dipolma in Painting from the Victorian College of Arts. Nickolls describes meeting the Papunya painter Dinny Nolan in 1979 as the pivotal point in his career, when he learned the technique and significance of Western Desert painting. His own painting became directly informed by religious aspects of landscape in Aboriginal culture, and incorporated non-Aboriginal urban imagery to highlight the alienation of Western industrial society. Although primarily a city artist, it is important for him to visit central Australia and spend time there. Artist's statement, exhibition catalogue 'Balance 1990': 'My life evolves around painting and drawing. 'I incorporate Aboriginal and Western techniques and symbolism to make contemporary art that relates to both cultures today. My paintings are to share with everyone. I look to bridge the gap between Western art and Aboriginal art. 'Because I work so constantly, I like to vary the images that I paint. I need to create peaceful landscapes to balance the zany, psychological and surreal images in my art. These images relate to contemporary Australian culture that I see and feel around me. 'My work is a balancing act, like walking a tightrope between my dreams and my life when I'm awake - from Dreamtime to Machinetime.' 'From Dreamtime 2 Machinetime' is a meeting of traditional Aboriginal imagery in the top half of the work and modern technology in the lower. The top is treated in traditional dot and line fashion, with the figures being reminiscent of rock paintings. Similar figures are used in the lower half but they are robot-like, with the dots creating computer chips rather than traditional imagery. This painting was executed while the artist was a post graduate student at the Victorian College of Arts. 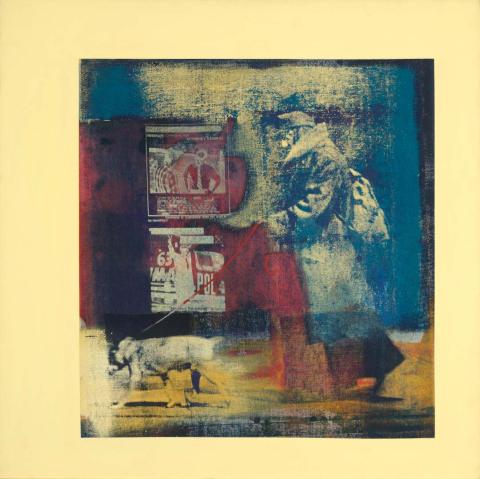 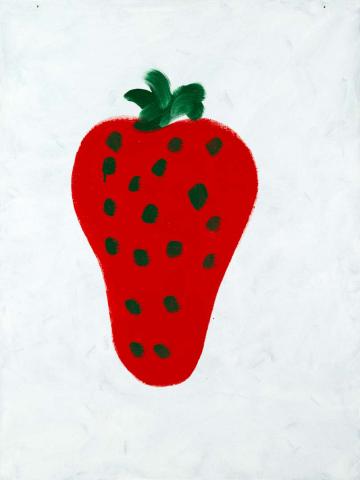 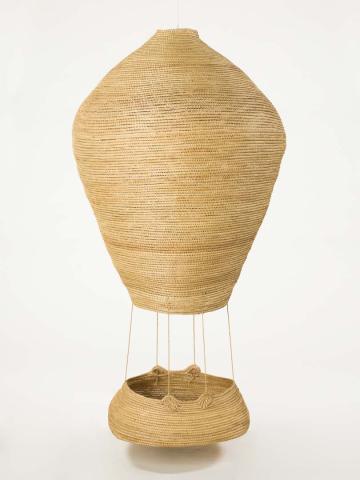 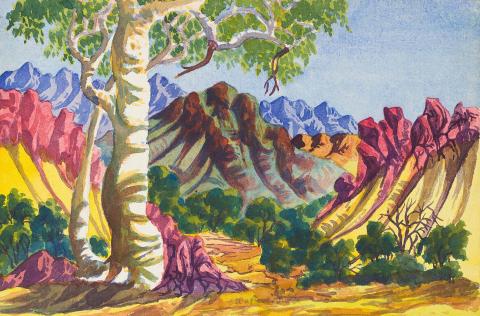 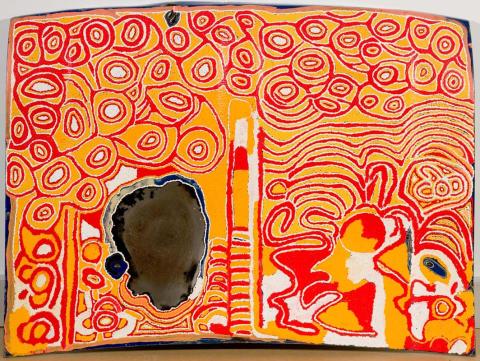