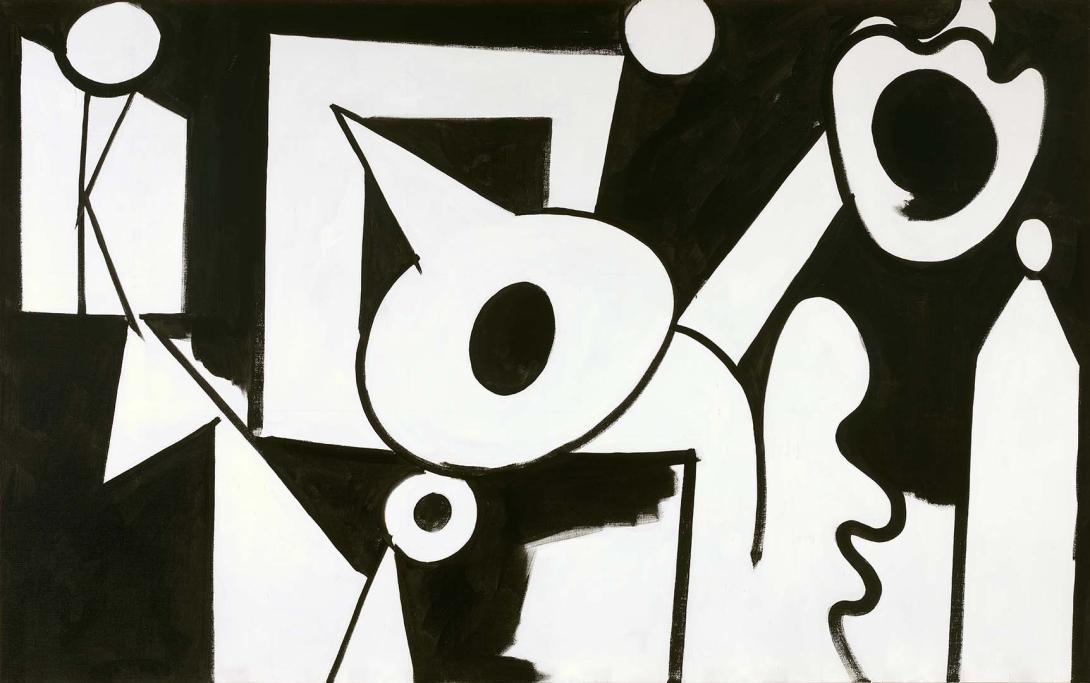 'The death of Nelson' is a monumental work of calligraphy. The superficial resemblance to oriental ink-brush drawing is, however, only part of the connection between this work and that art form. Dick Watkins has never expressed a specific interest in Asian art. The artists he most admires are Picasso and the American Abstract Expressionists. The aspect of his work which links it to oriental calligraphy is distillation of complex stylistic references and precisely controlled composition into rapid spontaneous brushstrokes. Now nearing the age of sixty, the artist is working with maximum speed and control, and the clarity of intent which comes with over forty years of a steadily progressing career. His is best known for works with rougher, more nervous and apparently more expressive brushstrokes than were used in this mainly hard-edged, rather geometric painting. 'The death of Nelson' forms a link with the works by which Watkins first achieved national prominence in 'The field' exhibition at the NGV in 1968. Paintings by Watkins in that exhibition were curiously reminiscent of pop art, and it was that air of ironic detachment, even humour, in his otherwise minimalist abstract painting, which distinguished Watkins from artists engaged in a purely aesthetic exercise. This ability to observe stylistic mannerisms in a detached way accounts for the high regard in which he is held by the present generation of artists and writers who were formed by the post-modern fixation with analysing culture. More than any of 'The field' artists, Watkins has remained true to his origins without losing sensitivity and responsiveness to the ideas which inform current art. This is also an uncharacteristic work because it is in black and white, when most of the artists' canvases of the past decade have been painted with intense saturated colour. The severity of this non-colour scheme heightens the monumentality of the death of Nelson (which seems appropriate to the title) and also emphasises the element of surprise when hard edges dissolve into brisk sketchiness in the lower right corner of the painting. The cartoonist's line which insinuates itself into the work is the artist's way of recreating the heroic audacity of Nelson, but avoiding pomposity. 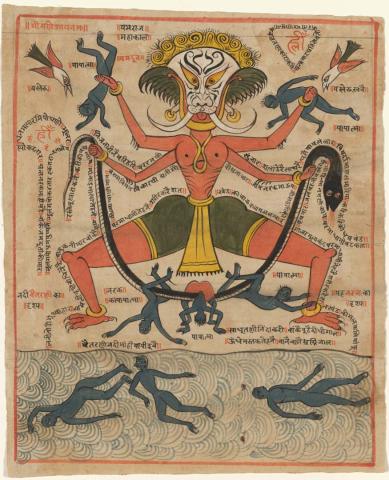 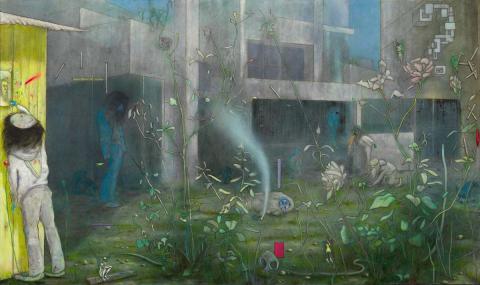 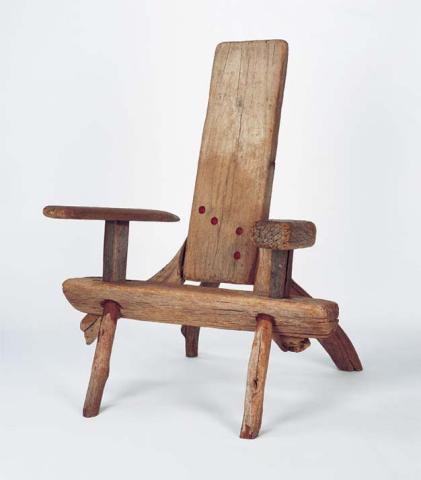 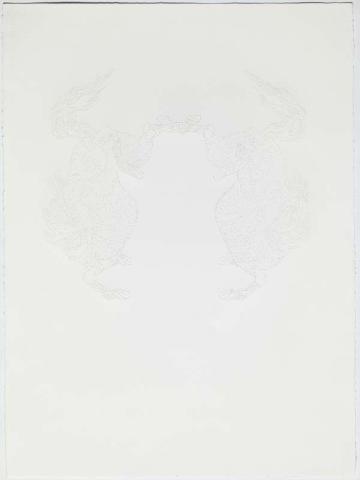 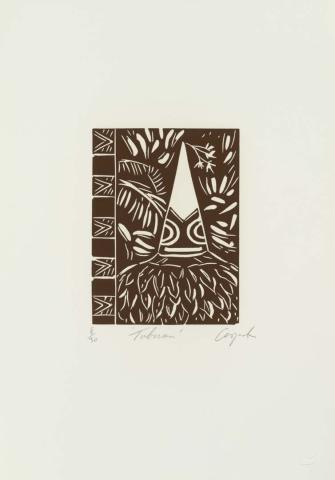