'There is no story behind my paintings, they are just a flow of sensations. My art is like a chasm of boredom and emptiness. All you need are one or two images that don't support the bridge and the whole thing collapses.' Dale Frank. Like the Surrealists, Dale Frank explores the unconscious. The obsessively rich surfaces and mazes of lines in his work are baroque metaphorical equivalents of the artist's complex and multi-layered personality. To look at Frank's work one must begin the exploration with the eye. To Frank the eye is the central vehicle and source of our visual consciousness, it acts not only as an 'acceptor' of stimuli and sensations, but also is the medium through which the mind behind the eye receives 'information'. Baroque and dense in their appearance, Frank's works are modern in their content. They also speak of the primacy of the eye over theory, displaying painterly concerns and abstractions which refer to the Rochbach technique of interpreting 'randomly' made ink stains. An individual with a strong personality and an artist with a proven record, Frank displays in this work all the qualities for which he is known. Dale Frank was born 26 August 1959 in NSW. He has had no formal art training and has had national and international exposure as an artist. He has been included in exhibitions as diverse as the '4th Biennale of Sydney', Australian Perspecta 83', 'The Australian Bicentennial Perspecta 87' and 'Australian Visions: 1984 Exxon International Exhibition'. 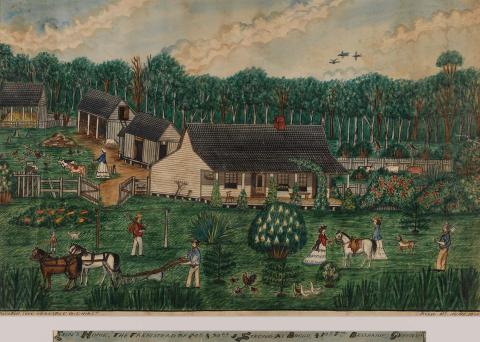 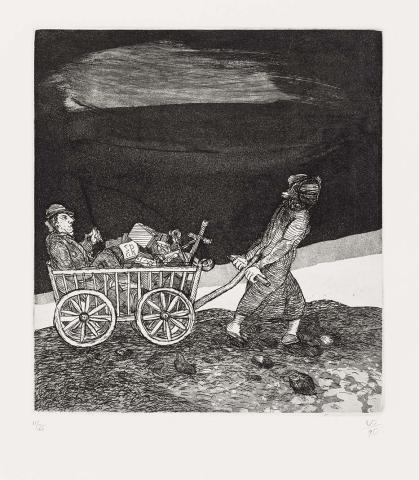 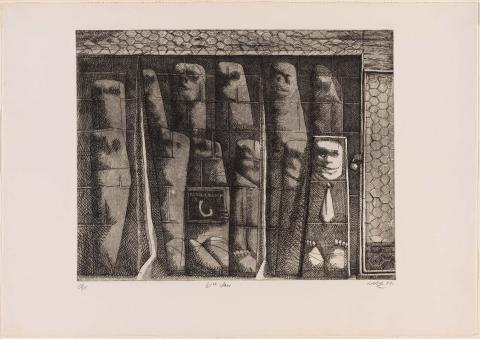