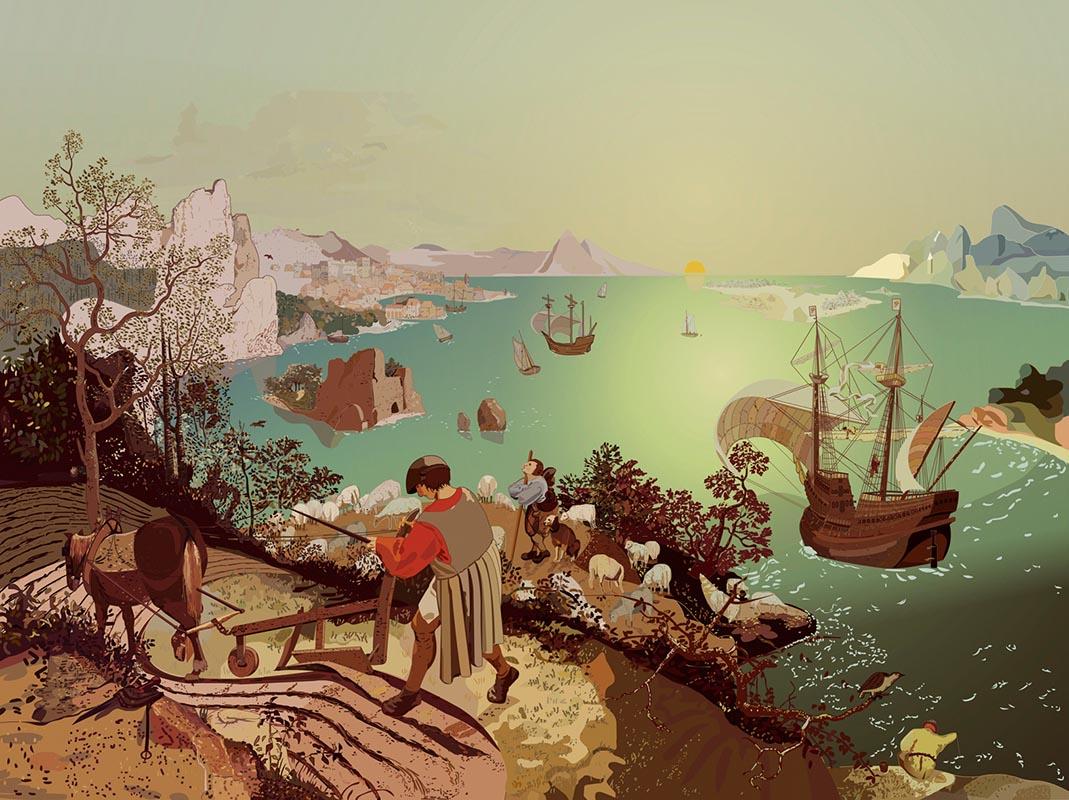 The artist has advised that Robert Stewart was the sound designer on this work; Olivia Krang was the actor employed for the voiceover; and the ambient track at the end of the piece was written by Robert Stewart at the artist's request.

Arlo Mountford’s digital animations frequently make art historical references. Habitually peopling his works with stick figures who rummage through the canon of 20th-century art, he embarked in 2007 on an ambitious project to animate three paintings by Pieter Bruegel the Elder: Hunters in the snow 1565, The harvesters 1565 (which is deliberately reversed) and Landscape with the fall of Icarus c.1558. The work’s title, The Folly, refers to the elaborate but purposeless architectural embellishments, or follies, that were built in aristocratic gardens. In the central image, one of the peasant women addresses the resting harvesters about the virtue of moving ideas around one’s head without the commitment of actually producing anything. The text derives from Aldous Huxley’s 1936 novel Eyeless in Gaza that Mountford thought resembled his working process.

The title also refers to the fall of Icarus, which Bruegel famously depicted in the middle ground, foregrounding instead the ploughman, shepherd and angler who witnessed the incident in the account by the classical poet Ovid. In a final comic touch, it is one of Mountford’s stick figures that drops from the sky, as though the artist is acknowledging the folly of his own ambitious project. 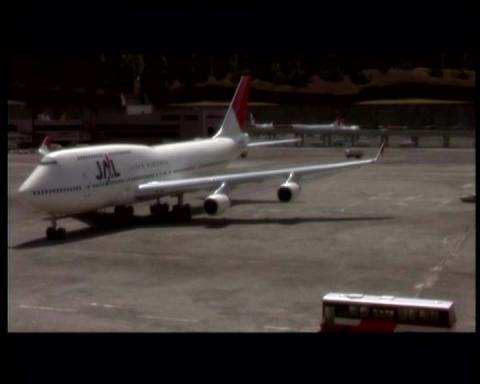 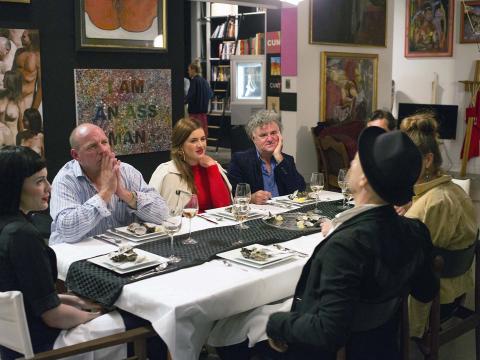 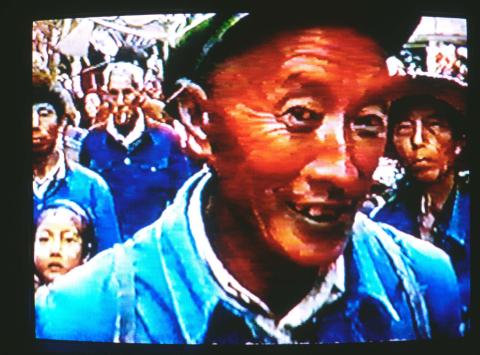 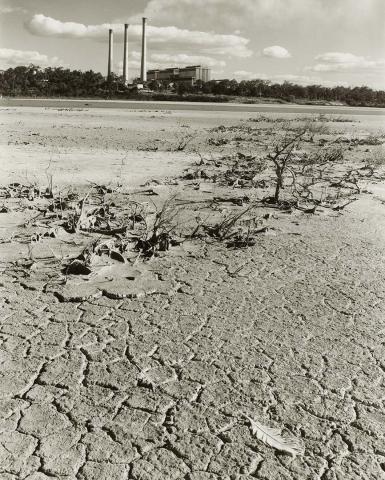