Suitcases of a pilgrim 1996

Vu Dan Tan is a self taught artist. When asked to present a brief statement on his career thus far he wrote, "I am only playing alone the game which was created by myself and as a shoemaker I make shoes for myself only".(1) Vu Dan Tan believes that in his previous life he was a shoemaker. His belief in reincarnation informs his work both as a frame of reference for his art as well as an ideology that permeates his perception of the world, time and notions of illusion. He has worked as an artist-animator from 1967-72 at the Animation Film Studio of Vietnam and then from 1972 to 1982, again as animator at the National Television Studio of Vietnam. Vu Dan Tan is regarded as an artist who has added a new dimension to contemporary art practice in Vietnam. His work is clearly distinguished from the mainstream art in his country and is characterised by his use of found materials to make contained assemblages. This work consists of twelve wooden boxes with glass fronts, and each contains curious creatures made by recycling discarded cigarette boxes. Using everyday domestic materials he creates sculptural objects, rich in symbolic elements and spiritual references. His early works used everyday domestic materials such as bamboo, fans for winnowing rice or bark. Later he turned to Buddhist paper offerings as a point of departure and this most recent work uses empty cigarette packaging and cardboard boxes. The use of the recycled object touches on many aspects of contemporary culture. It is a comment on the 'throw away', disposable nature of contemporary society; it can be seen as a comment on the current economic situation in Vietnam where western icons, such as the foreign brand cigarette, have a commodity value that infers ready cash and associated notions of status within a society that has undergone severe political and ideological struggles in its recent past. It is also a metaphoric reference to Buddhist ideas of transformation and rebirth. The cigarette packets have metamorphosed into a range of mythic creatures. They are monsters, angels, Venuses, singing dogs carefully placed in their cases awaiting their next journey. These small suitcases are those used by street vendors to sell their goods and have been recast in their present form as containers of these curious creatures in preparation for a journey. Made out of gold cigarette cartons these diverse mythic figures that are displayed are transparent and shiny, like toys in a shop window, or creations made by children for play. Natalia Kraevskaia, a Hanoi-based art critic, describes this work thus: "He creates playful images and objects, such as ... Venus-Christ and a bottle with angel's wings filled with a wine which he calls 'Ave Maria'. He dedicated his assemblages and installations to those who, like the shoemaker, mixed life, work and play -- to Mozart and Santo Sharlo (Charlie Chaplin). The mixture of real and mythical names, images and actual personalities from different times and countries does not confuse the artist. Far from a linear perception of history and the world, of time and distance, he attempts to transcend these restrictions by situating himself beyond the borders that threaten to bind him to a definite location or address."(2) This work by Vu Dan Tan is characterisitc of this artist who sees himself as the jester who observes life as it unfolds. Like the character of the jester, Vu Dan Tan imbues his slight playful toys with sharp and incisive observations of the complexities of contemporary culture. 1. Vu Dan Tan's entry in the Gallery "Biography of Artist" form. 2. Kraevskaia, Natalia. 'The second Asia-Pacific triennial of contemporary art'. QAG, Brisbane, 1996, p.106. Note: diacritic over u in 'Surname' and over both a's in 'Given names'; and in 'References'. Died: 15 Oct. 2009. 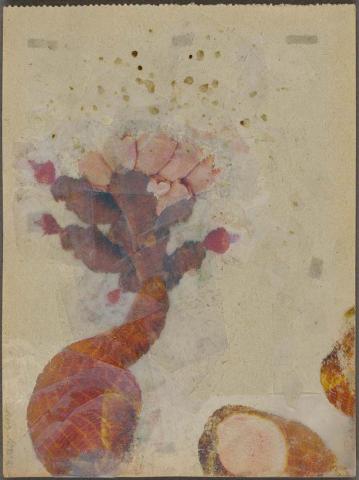 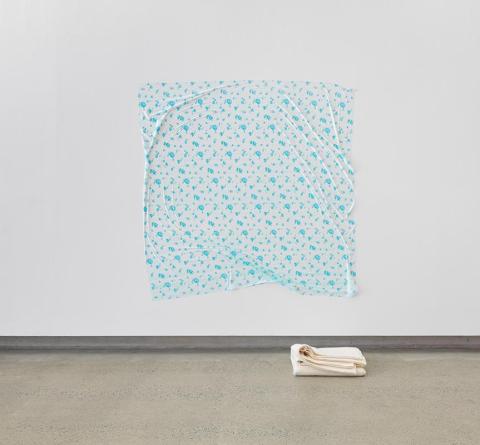 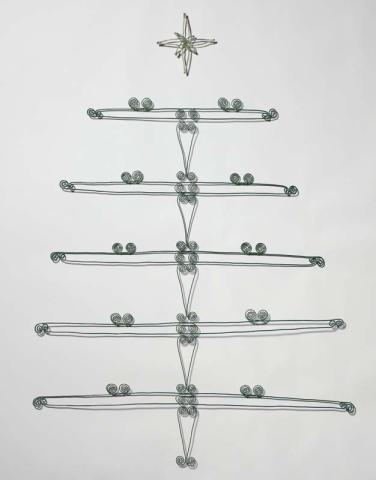 Te Marama: And the five-tiered candelabra was kissed when they knew the saint had held it 1996 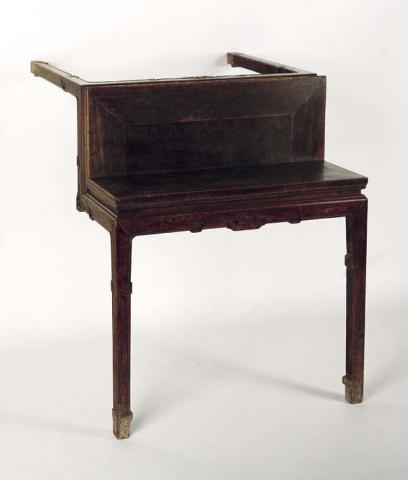 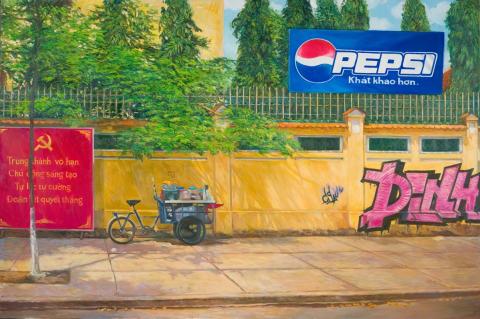 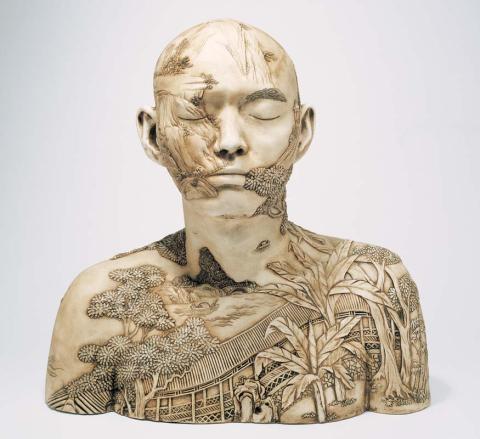