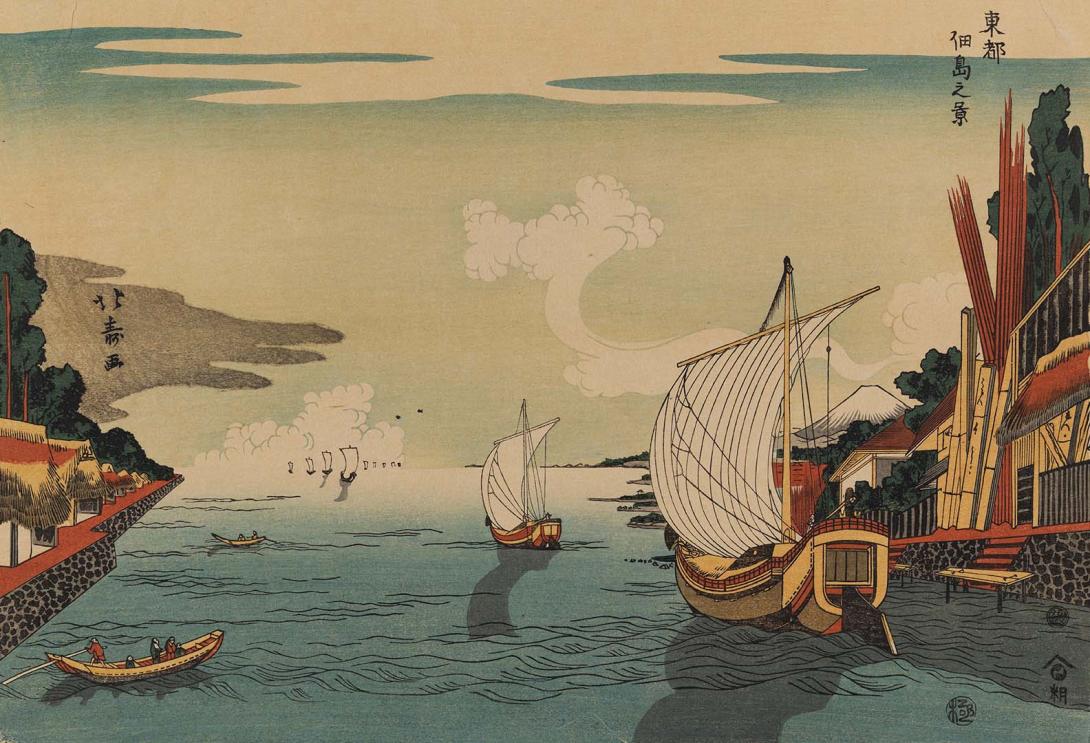 The following text is taken from: Lane, Richard. 'Images from the floating world', Alpine Arts Collection, London, 1978, p.255: Hokuju (fl. late 1790s to mid 1820s): ukiyo-e painter and print artist, one of the foremost pupils of Hokusai. Of all Hokusai's pupils Hokuju made the largest contribution as an original landscapist; his cubist landforms, highly stylised clouds and near-photographic figures and dwellings provide a curiously modern concept of the world. This is not entirely a coincidence, for Hokuju was influenced by what little he knew of European art: yet the result must be considered one of the most notable of the Japanese variations upon what were the only dimly apprehended concepts of Western forms. 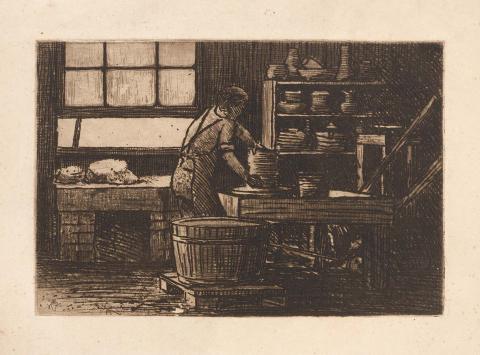 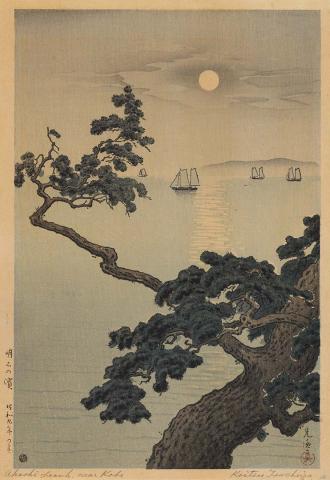 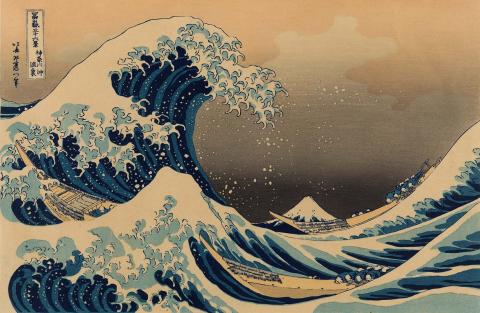 Kanagawa-oki nami-ura (Under the wave off Kanagawa) (Three boats at the foot of a great wave in the wild sea) (no. 1 from 'Fugaku Sanju-Rokkei' (Thirty-six views of Mt Fuji) series) (reprint) c.1829-33 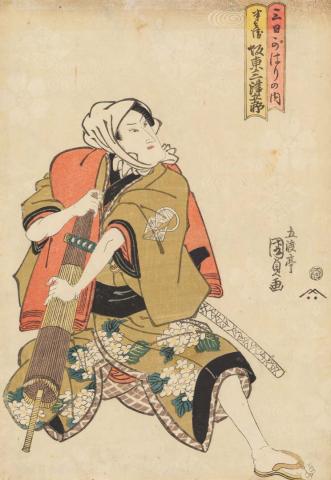 The actor Bando Mitsugoro III as a guardsman c.1825 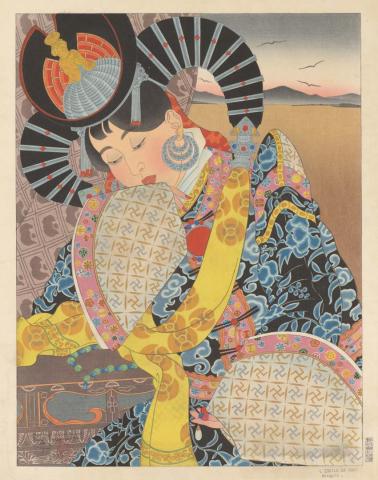 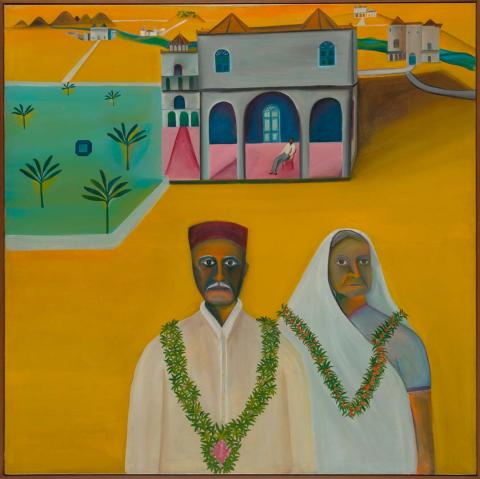