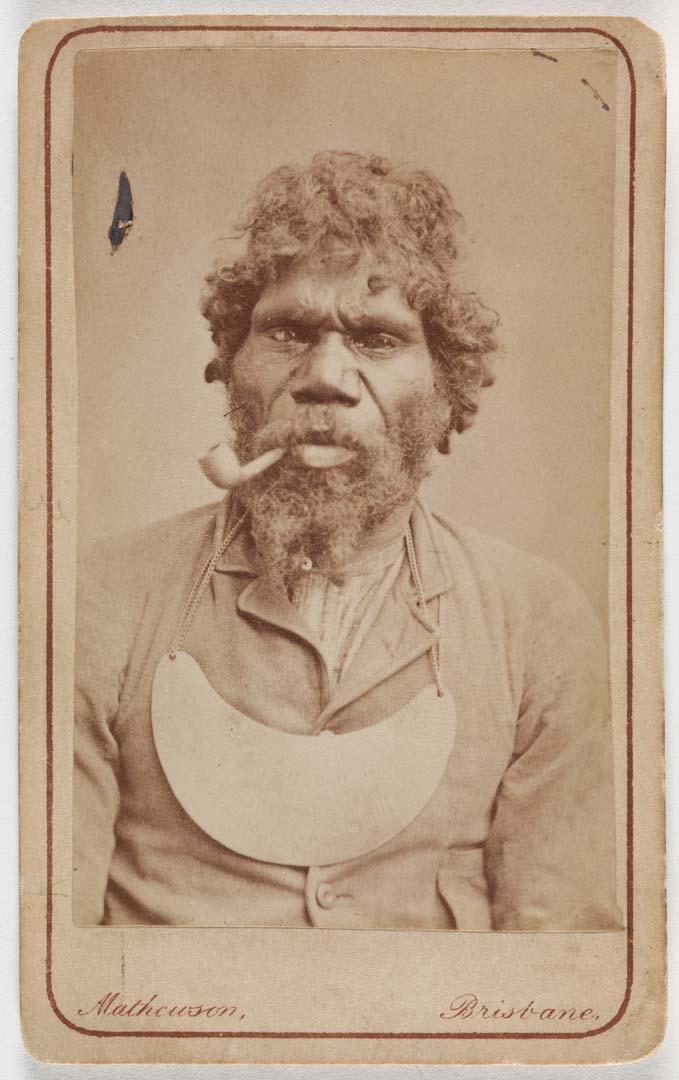 Thomas Mathewson (1842-1934) is one of the best-documented photographers who were active in colonial Queensland. He was active in regional Queensland from c.1860-75 and then for several decades in Brisbane. When Mathewson died in Brisbane on 12 May 1934, he was recognised as the 'Grand Old Man' of Queensland photography. The modesty of the inscription confirms the dating of the photograph to the early years of Mathewson's career in Brisbane - inscriptions on his later photographs are highly elaborate. The photograph has been identified by Indigenous photographic historian, Michael Aird, as 'King Fred' (his Indigenous name is not presently known). Aird points out that it is possible to read the word 'Mills' at the bottom right of the carte de visite which is shown in the identical location of 1987 photograph of a breast-plate in the possession of Maroochy Libraries (now Sunshine Coast Libraries). The full inscription reads: '1881/ Presented To/ KING FRED HIS QUEEN ELENA/ & THEIR TWO CHILDREN/ JOHANNA & ROSIE/ Of Coochin Creek Sawmills'.(1) This plate, measuring 23 x 12cm, was presented to King Fred (c.1836-1900) by James Campbell in appreciation of his custodianship of the site of the sawmills on the banks of Coochin Creek, near Bribie Island. The site was also known as Campbellville. As indicated on the breast-plate his wife was Elena, and they had two daughters, Johanna and Rosie. They were born between 1887 and 1890.(2) In 1937, Thomas Welsby, published another of his recollections and research of life in early Queensland in 'Bribie, the Basket Maker'. In it he records a very clear reference to King Fred's breastplate although he mis-remembers the token as a crown: 'It is to me very pleasing to here record a kindly action made by James Campbell to some of the coloured people at Coochin. A presentation was made to a native called King Fred, of a Crown on which was inscribed: "Presented to King Fred, and his Queen Ellina, and their two daughters Johanna and Rosie, of Coochin Creek, by James Campbell." This presentation was typical of the man, and was made to King Fred on account of some meritorious deed done by him. This crown is now in the possession of the Philp family at "Mallow", Toowong, Brisbane.'(3) King Fred must have travelled from his country to Brisbane to have this photographic record made which suggests that it was made shortly after the presentation of the breast-plate. This makes the Mathewson image historically significant. Glenn R. Cooke, Research Curator, Queensland Heritage, May 2011. 1. The breast-plate may be viewed on the Picture Australia web-site. 2. In an email to the author dated 04.05.2011 Michael Aird advised that King Fred's daughters were sent from Brisbane to Fraser Island in 1897 and were among a group of girls aged between 17 and 20. 3. Welsby, Thomas. 'Bribie, the Basket Maker'. Barker's Bookstores, Brisbane, 1937, p.116. For biographical information see Acc. 2017.331 'Essay'. 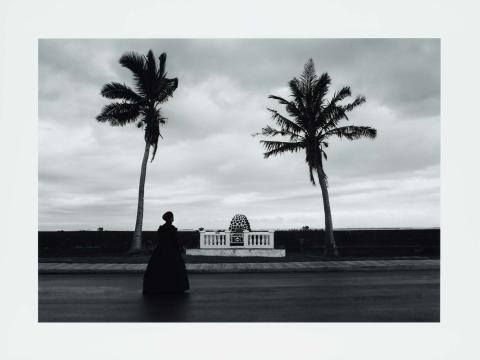 German Monument, Mulinu'u (from 'Where do we come from? What are we? Where are we going?' series) 2013 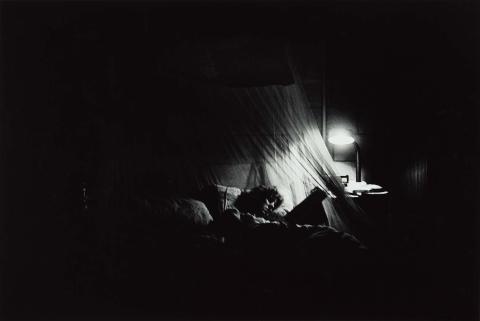 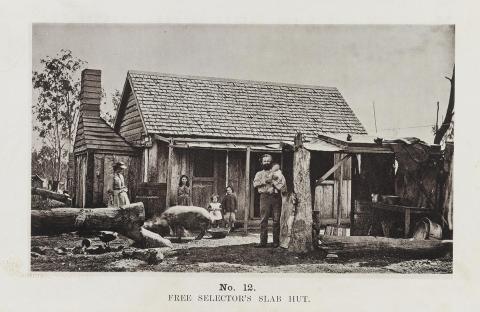 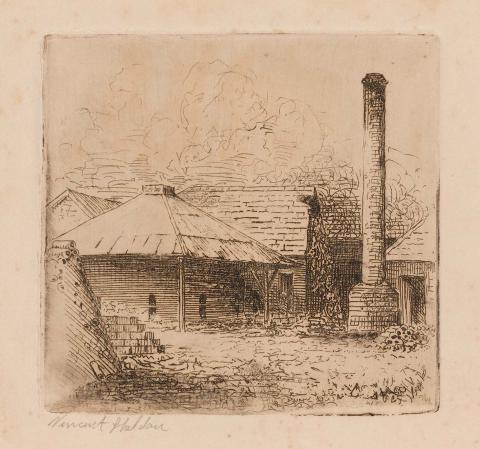 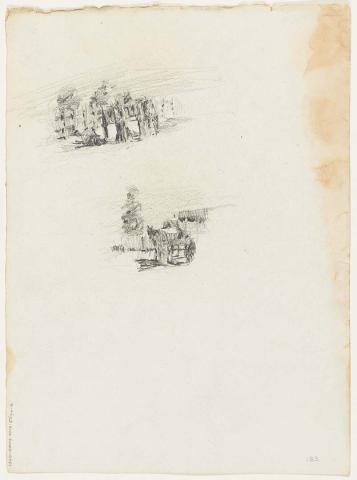