Colin Heaney began his hot glass studio at Cape Byron in 1984 after establishing a name for his stained glass work. At the time opportunities for studying glass making were limited. Instead of uprooting his family and moving to Adelaide to train at the Jam Factory, he paid an American glass blower, Michael Larson, to come to Australia and teach him for a period of seven months. Since that time he has developed his own stylistic direction and now heads a studio of four. He first gained a reputation in Brisbane for his highly individual wine glasses (made for the Cats Tango Restaurant in St Lucia) and has continued to develop his exhibition pieces. Heaney has exhibited at David Jones Gallery, Brisbane, 1987, Cape Gallery, Byron Bay, 1987, Glass Artists Gallery, Sydney, 1988 and the Leonore Charlton Gallery, Terranora, 1989. Heaney is the only Australian glass artist to make a speciality of richly iridised surfaces. The simple, large scale of this sphere shows the sumptuous quality of the iridised colours to their best advantage and the slightly irregular shape creates a satisfying union of work produced in the heat of the furnace. Heaney has been producing large scale spheres (a technical achievement in itself) since early 1989 of which this is one of the finest. 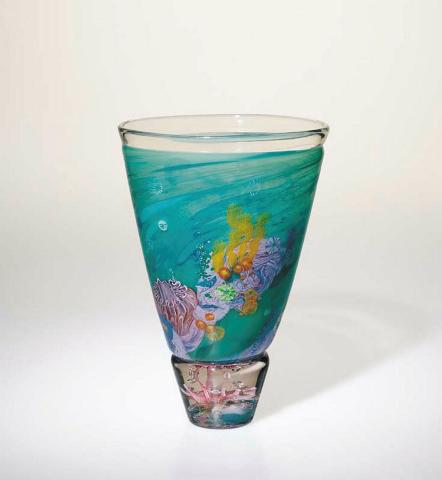 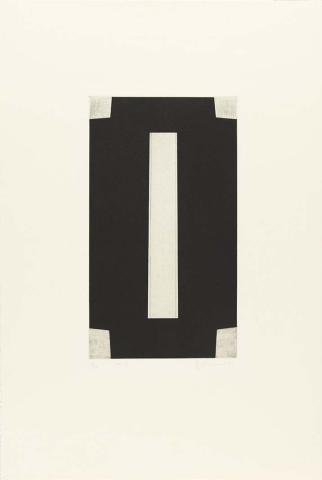 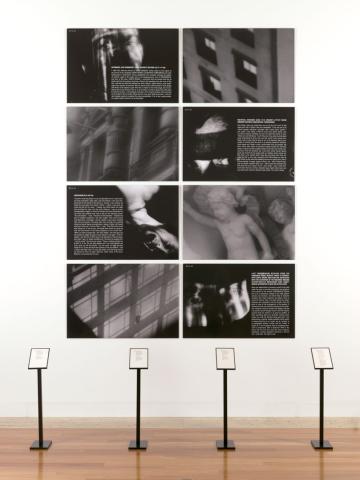