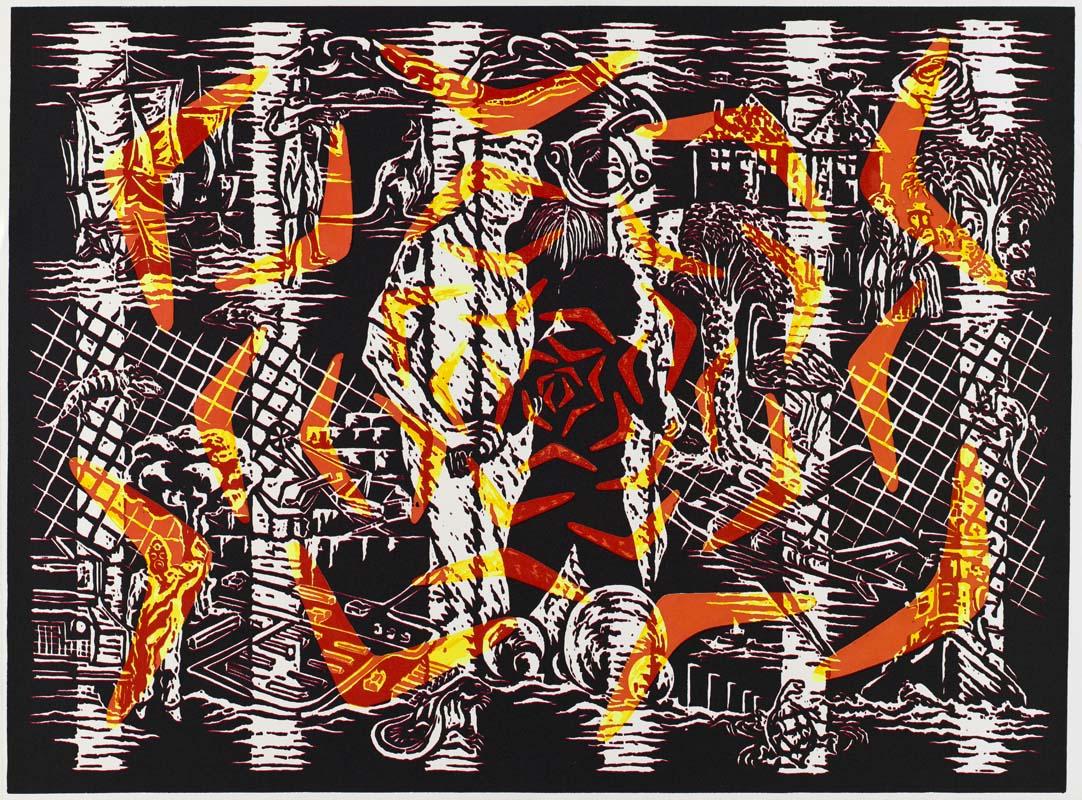 For background information see Acc. no. 1989.186.001 'Additional information'. Pam Debenham was born in Launceston, Tasmania, in 1955. She then lived and worked in Sydney from the 1970s and completed studies at the Sydney College of the Arts in 1982. She was a member of the Lucifoil Poster Collective which was based at the Tin Sheds Art Workshops at the University of Sydney. She now lives in Canberra where she works part-time cataloguing the Australian political poster collection at the ANG. Her work has been included in many group exhibitions of political art, including 'Continuum '83' (to Japan in 1983), 'Truth rules OK' 1983, 'The politics of picturing' 1984, and 'Shocking diversity' 1987. Using the colours of the Aboriginal flag, Debenham creates an image of violence and power meshed together by a pattern of whirling boomerangs. 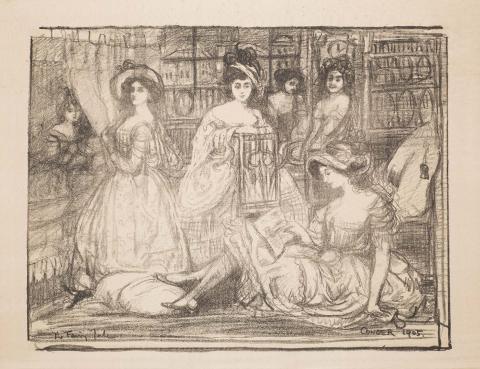 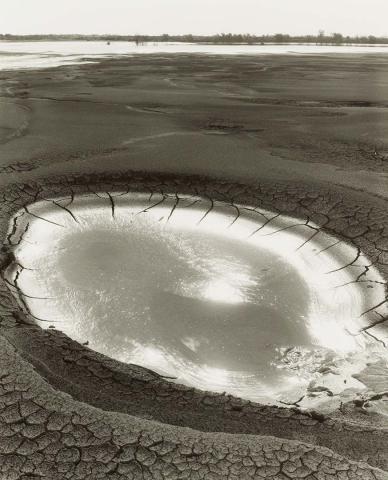 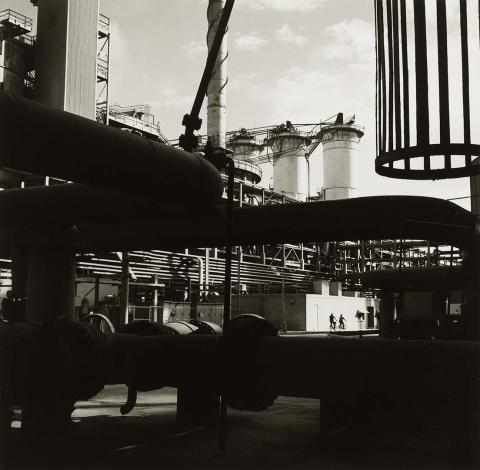 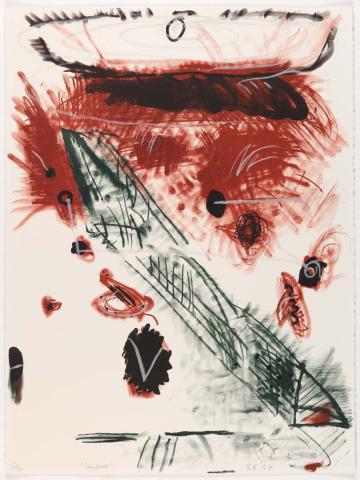 Skyboats (from 'The Bicentennial folio') 1987