If you knew about land rights would you still enjoy the Games? 1982 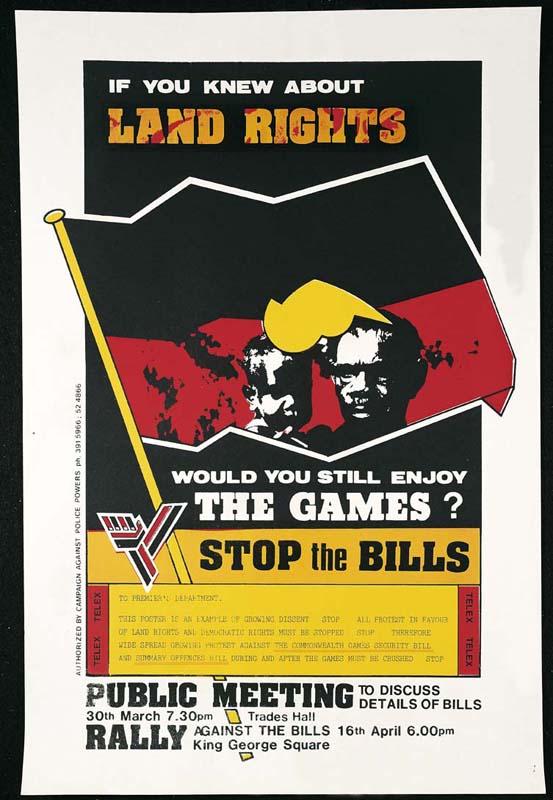 Since the 1970s, screenprinted posters have been a major vehicle for artistic expression of social and political issues. Many of their creators have wished to expand art's audience beyond the realm of galleries and designed their images for the street. The combination of powerful compositions, bright colours and short witty texts have made these some of the most dynamic forms of printmaking to emerge during this period. Many of these posters have been produced by artists working collectively with other members of the community, a practice which reflects the desire of these artists to make artmaking a direct experience for the broader community. Lynette Finch has often been commissioned by unions in Queensland to work with their members and produce series of posters. She originally learn't techniques of screenprinting and political poster design from Michael Callaghan who, during an artist-in-residency, established the screenprinting workshop at Griffith University. 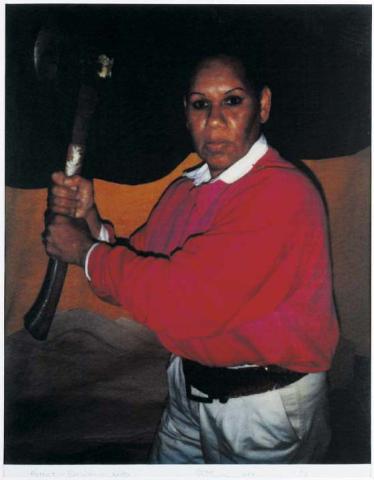 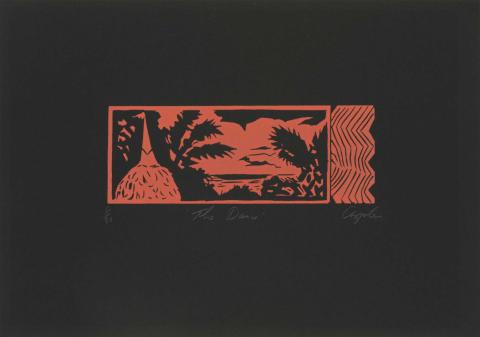 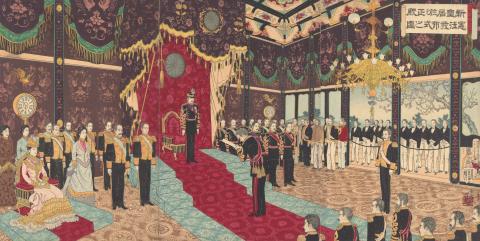 (The promulgation of the Japanese Constitution) 1889 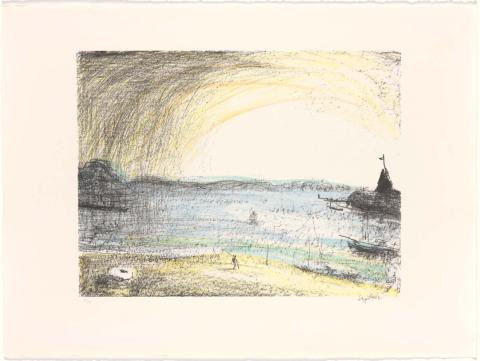 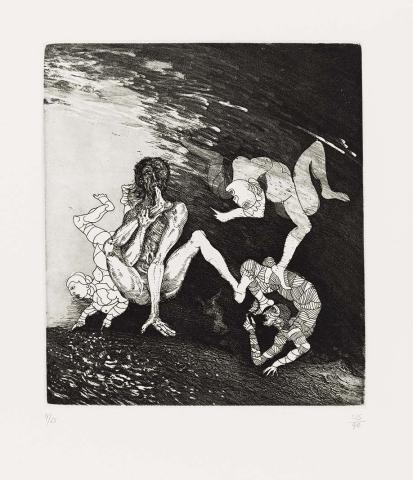 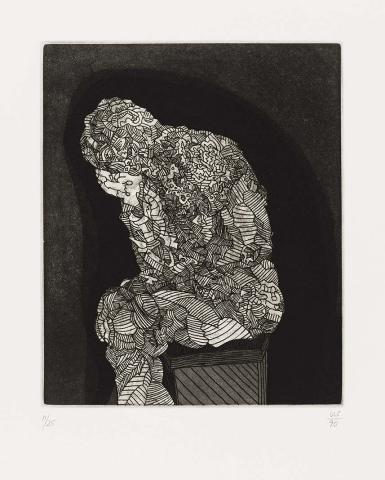