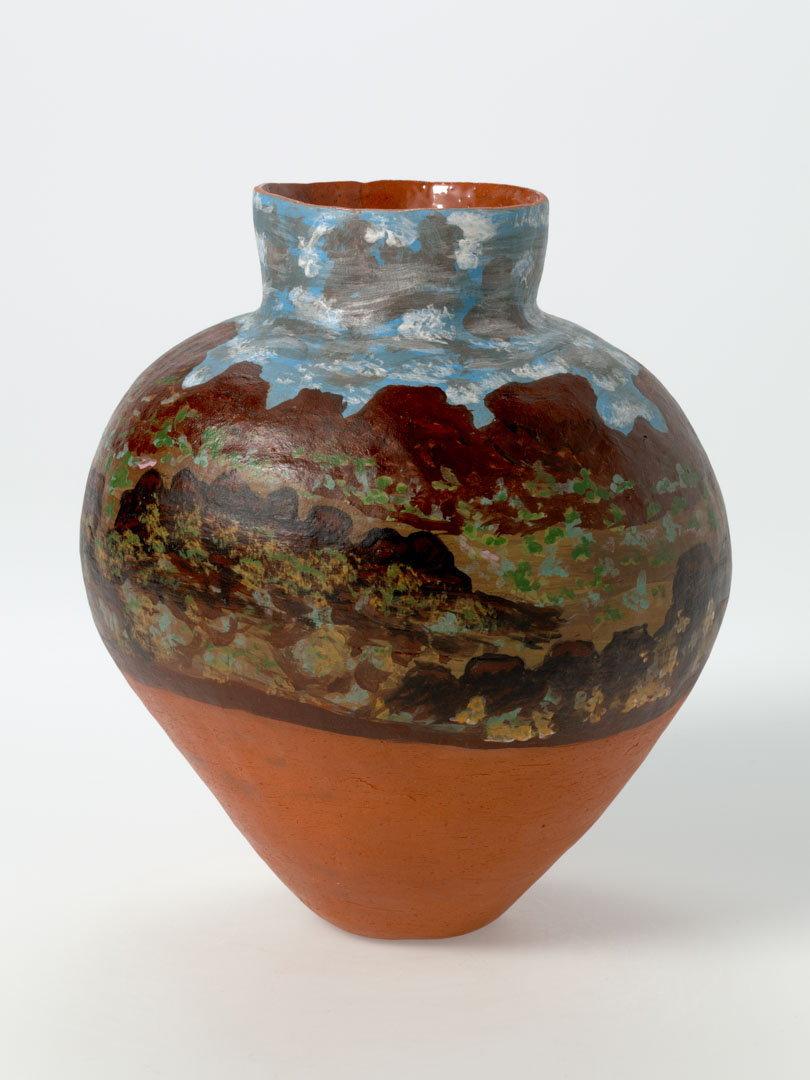 The Arrente (Aranda) people from Hermannsburg, a former Lutheran mission about 130kms west of Alice Springs, are generally known for their Namatjira-style watercolours. (For information on the Hermannsburg or Arrente (Aranda) School of Painting see Acc. no. 1:1661 'Additional information'.) In the early years under the missionaries the Aboriginal people were known to have made small sculptured figures but lack of opportunity prevented the development of this art form. As with many Aboriginal people the Arrente quickly assimilate new ideas and incorporate them into their art while maintaining the traditional importance of family and territorial relationships. This cross-fertilisation of ideas allows the development of interesting results in non-traditional media. Arrente women have been working with coil-built pottery since 1990, beginning with the arrival of Naomi Sharp, a teacher form the Northern Territory Open College of TAFE. She addressed the significant problem of the terracotta clay drying too quickly as a result of the heat of this inland region. Typical items have the lids decorated with modelled figures of animals or 'bush tucker'. The surface decoration adapts their tribal stories to the new medium which also includes images or influences from outside cultures. 'It is well known that pottery making is not a tradition among Aboriginal peoples so the potters view their work as an avenue for self expression as the objects are not viewed as utilitarian items.' Extract from exhibition notice, 'The Hermannsburg potters ...', Alcaston House Gallery, Melbourne, 28 Oct. 1994. Noreen Hudson was one of the winners of the Shepparton Art Gallery Sidney Myer Australia Day Invitation Ceramic Award 1994. This type of work serves to illustrate the continuing landscape tradition established by artists such as Albert Namatjira. 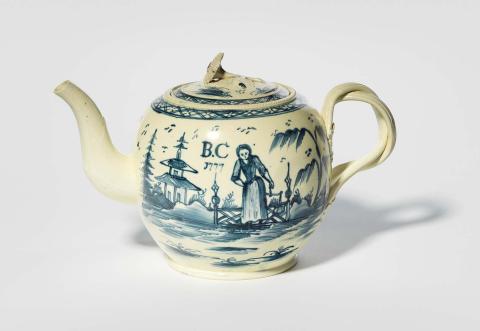 Teapot, decorated with blue and white design showing a woman in European dress carrying balance scales in a chinoiserie landscape 1777 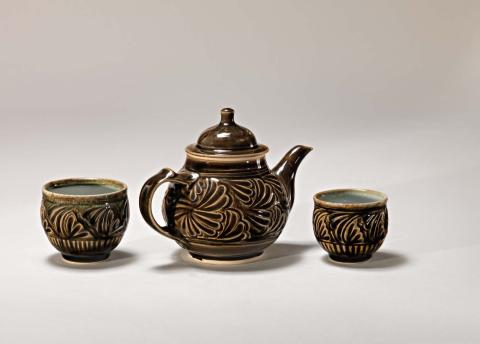 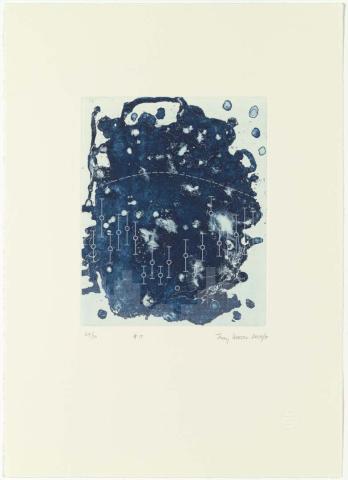 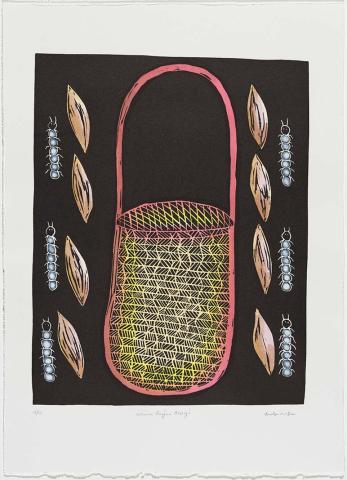 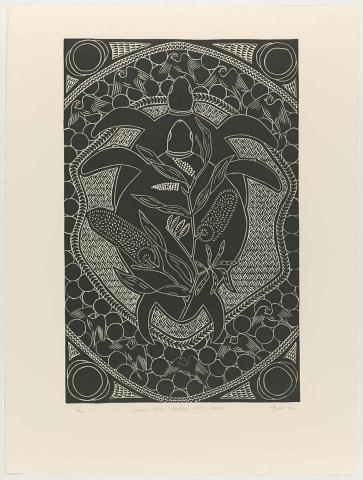