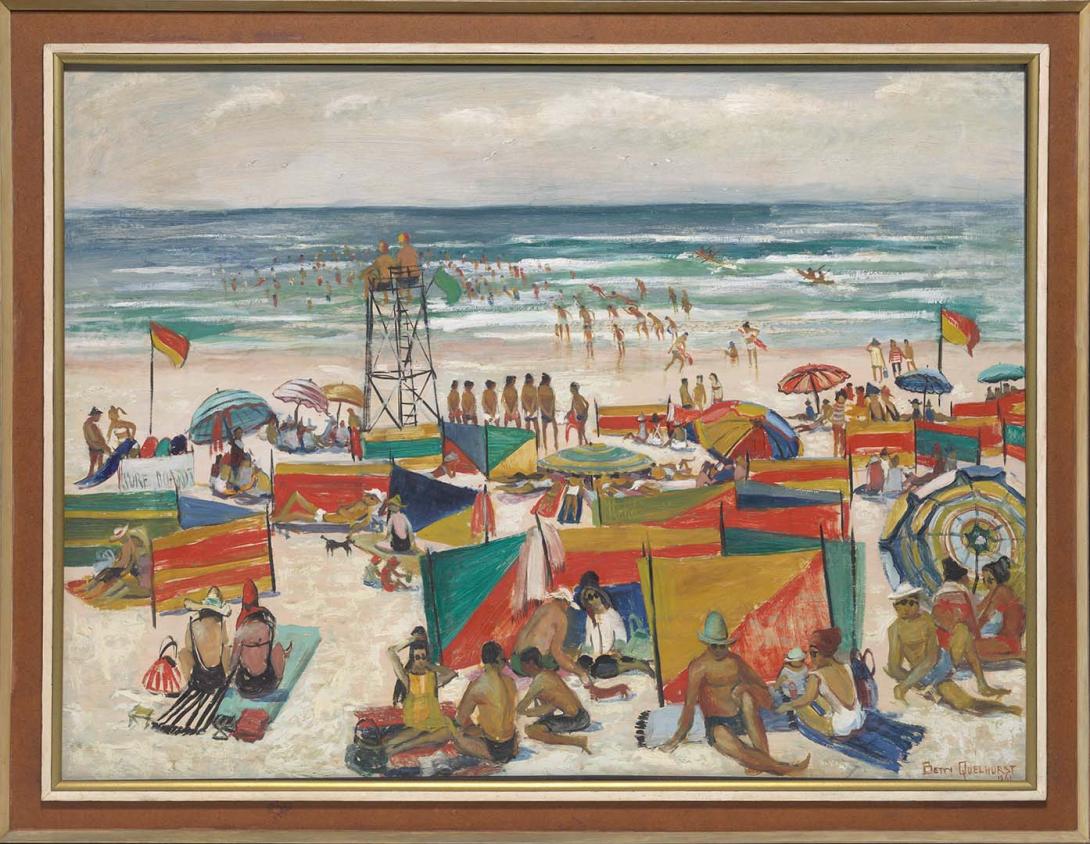 Betty Quelhurst was born at Laidley, Queensland in 1919. She studied art with Vera Cottew at the Brisbane Girls Grammar and subsequently at the Central Technical College during the 1930s. She served for four years with the Air Force during the war years and on her release in 1946 was appointed an assistant teacher of art subjects at that College. Quelhurst studied under William Dargie at the National Gallery School, Melbourne under the terms of the Rehabilitation Training Scheme 1948-50 and as a result of receiving a scholarship from Brisbane's Half Dozen Group of Artists was able to attend for a further year. During this time she was awarded the Hugh Ramsey Portrait Prize for a portrait of her fellow student Val Oyers and the Sari Lei Prize for the most outstanding student. In the years 1939-51 she designed a series of twelve floral carpets (44 x 30ft) for the annual exhibitions of the Creche and Kindergarten Association, Brisbane. In 1952-53 Quelhurst financed her own trip to Europe where she visited galleries and studied at La Grandee Chaumiere, Paris returning to Brisbane at the end of this time. She taught at the Moreton Bay College, Somerville House and the Ipswich Girls Grammar and from 1955 at the Central Technical College. She became a full time teacher at that institution from 1966, retiring in 1984. During these years she exhibited with the Half Dozen Group of Artists 1949-67, the Archibald Prize 1954, Queensland Artists of Fame and Promise 1954-60, the H.C. Richards Prize 1954-67 and the Trustee's Prize 1975, the Australian Women's Weekly Portrait Prize 1956, Redcliffe Art Contest 1957-67 (where she was awarded first prize for 'The pier, Woody Point' in 1957), the Warana-Caltex Prize 1962-65, the Royal National Association 1962-66, the Gold Coast City Art Prize 1968-75. She was awarded the first Johnsonian Club Art Prize in 1961 for 'Anzac Park'. Despite never having held a solo exhibition of her work, her significance in Queensland is comparable to that of an artist such as Margaret Cilento. For all the development of the Gold Coast throughout the 1960s there are remarkably few scenes depicting life on the beach. In Jon Molvig's 'Coastal landscape' 1956 (Heidi Park and Art Gallery) the only indication of the recreational focus of the area is the sail in the background. Quelhurst fully portrays the reason Surfers Paradise became such an important venue for southern tourists - the winter sun. Her handling of colour is particularly pleasing. Quelhurst is not an innovator but has made a substantial contribution to art in Queensland as a teacher and exhibitor. Died: 13 Aug. 2008. 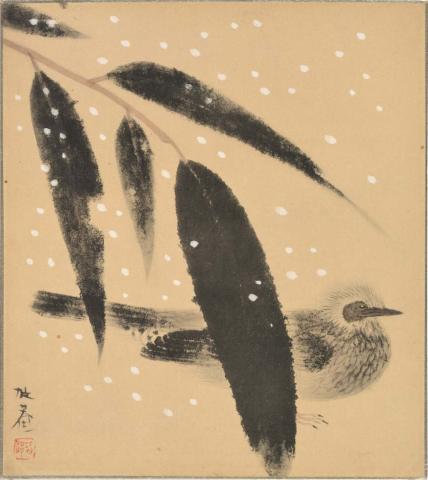 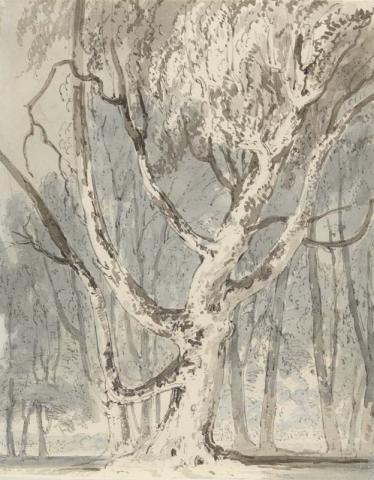 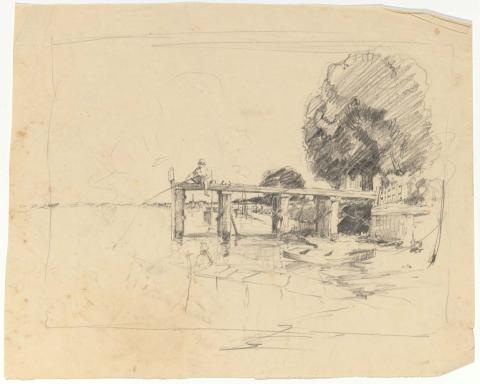 (Figure fishing from a pier) 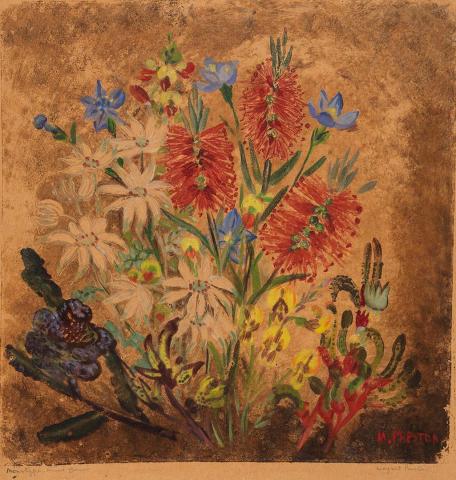