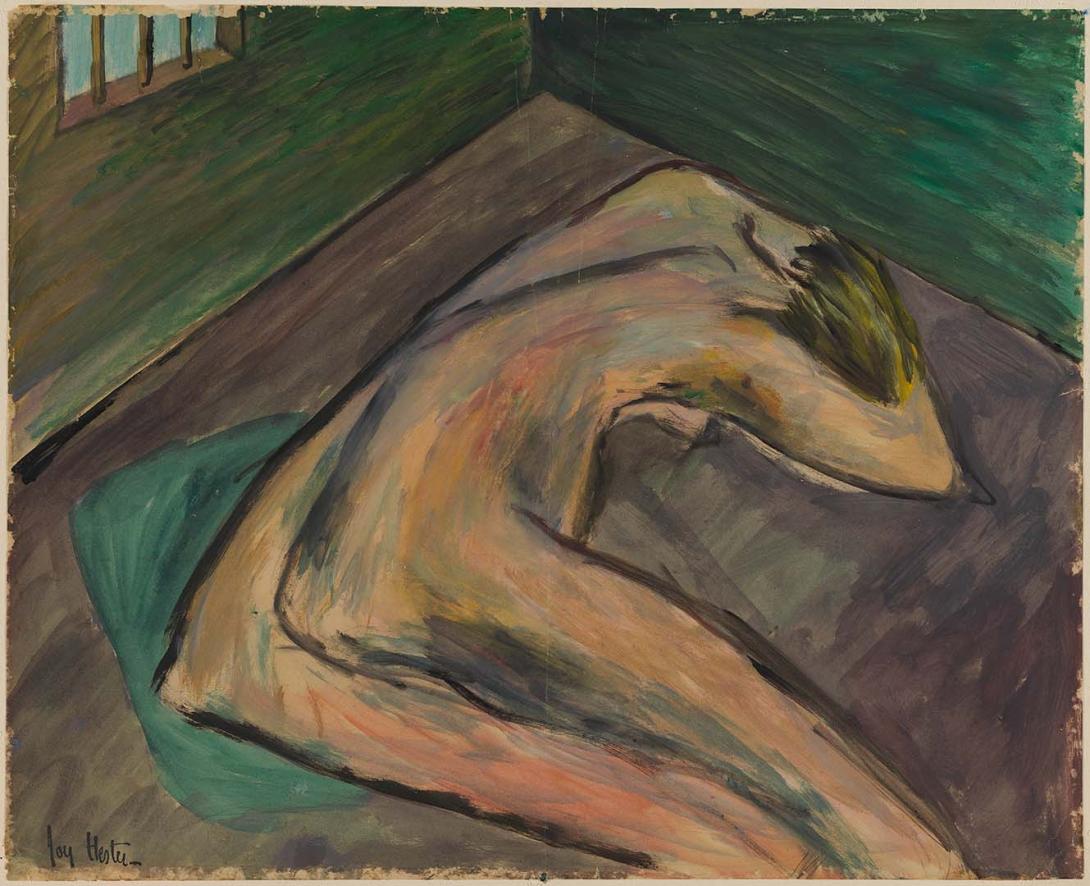 For background information see Acc. no. 1992.145 'Additional information'. This work is evidently autobiographical, like many by Joy Hester. The title 'Asylum' refers ambiguously to the site of illness, particularly mental illness, and also to a safe place of refuge from the world. In Hester's oeuvre the figure of a single sleeping woman recurs in images where the figure is confined and constrained by the right-angle of a room. This construction hints at periods of emotional turmoil in Hester's life, and even at her constant battle with illness, especially Hodgkin's disease, to which she eventually succumbed at the age of forty. In these works the face of a woman is averted from the viewer's gaze as she lies face down in solitude, perhaps in misery; here the claustrophobic sense of bodily constraint is emphasised by the tiny barred window high up in the wall, the only opening in the room. What is striking is precisely that the face, the centre of so many of Hester's works, is hidden from the viewer's gaze, and the entire body made expressive instead. The colours of the body of the woman and her immediate surroundings are delicate, even tender: her pale pink form lies face down on an aquamarine cushion, in a field of mauve and grey. The viewer is invited to meditate sympathetically on the situation of the recumbent woman, whose vulnerability is in sharp contrast to the oppressive walls of the room, coloured an aggressive viridian green. In her biography of Joy Hester, Janine Burke quotes three poems by the artist from the period of this work which explicitly connect the colour green with various medical treatments, such as radiotherapy for Hodgkin's disease, and an operation in May 1947 to remove a gland in her neck. Hester's references to green in these poems are contradictory. At times green is the colour of the medical environments in which personal suffering and trauma were experienced; at others, green is the perennial emblem of life and of growth, reminding us that Joy Hester took great pleasure in flowers, gardens and all growing things. ( See 'Before' 1947 in Janine Burke, 'Joy Hester', p.102. ) The work may be compared with the drawing 'Sleeping figure' already in the Queensland Art Gallery collection (Acc. no. 2:1310). 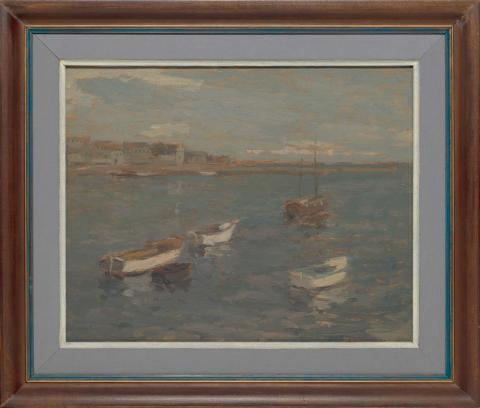 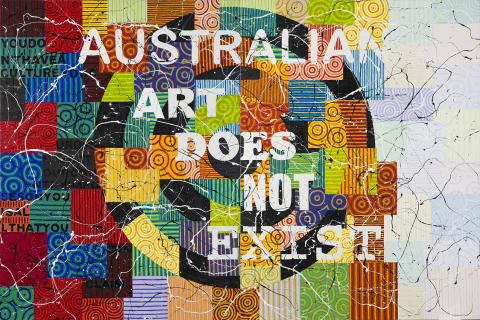 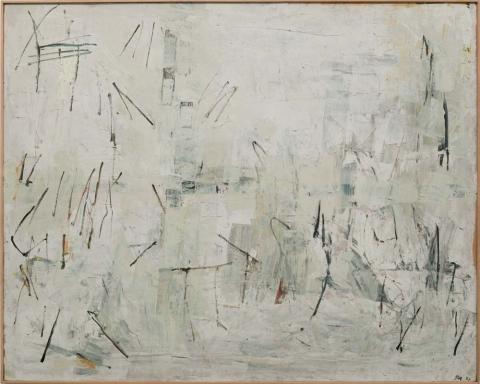 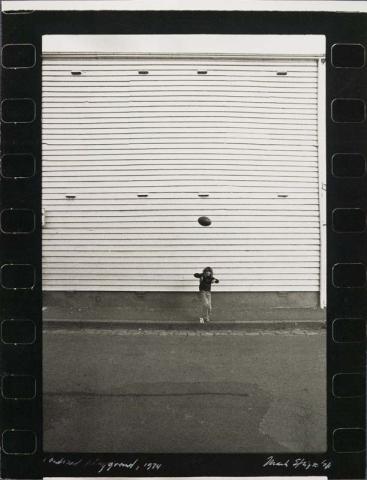 Confined playground, 1974 (from 'Children of the streets and their environment' series) 1974 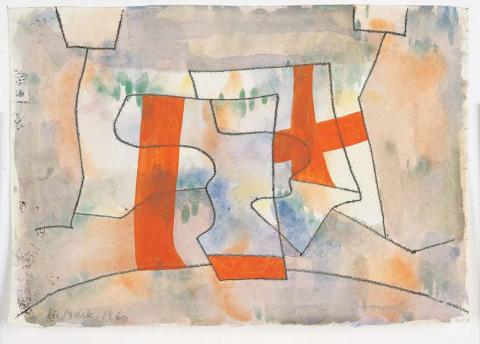 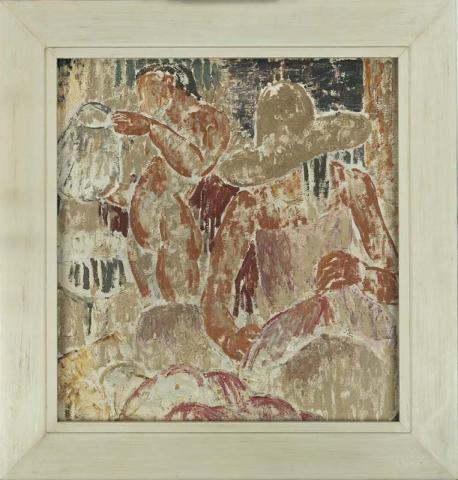