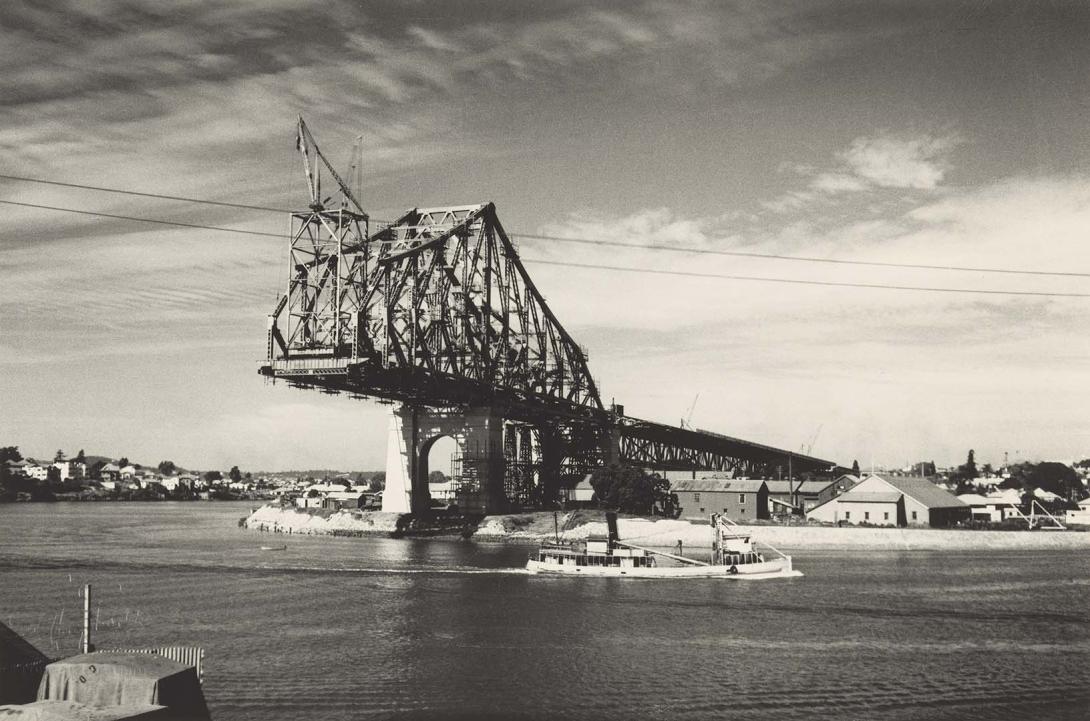 The Story Bridge is an icon of Brisbane, its iron arches and geometric supports amongst the most recognisable features of the city skyline. The bridge, which was designed by John Bradfield, chief engineer on the Sydney Harbour Bridge, joins the southern bank of the Brisbane River with the old central commercial district in Fortitude Valley. It was named after senior public servant John Douglas Story and was opened on 6 July 1940.

The bridge was one of a number of infrastructure projects that changed the urban landscapes of Australia's major cities in the 1930s and 1940s. Photographers and artists adopted bridges as symbols of this change, using them to signify modernisation and hope during the interwar period. In many representations from this era, artists exaggerated the size and significance of a bridge through compositional devices such as a low point of view. Geoffrey Powell's treatment of the Story Bridge contrasts with this approach - he avoids monumentalising the structure by adopting a more sober and objective documentary style. This photograph was taken during Powell's stay in Brisbane in 1939, when he worked as a freelance photographer and journalist.