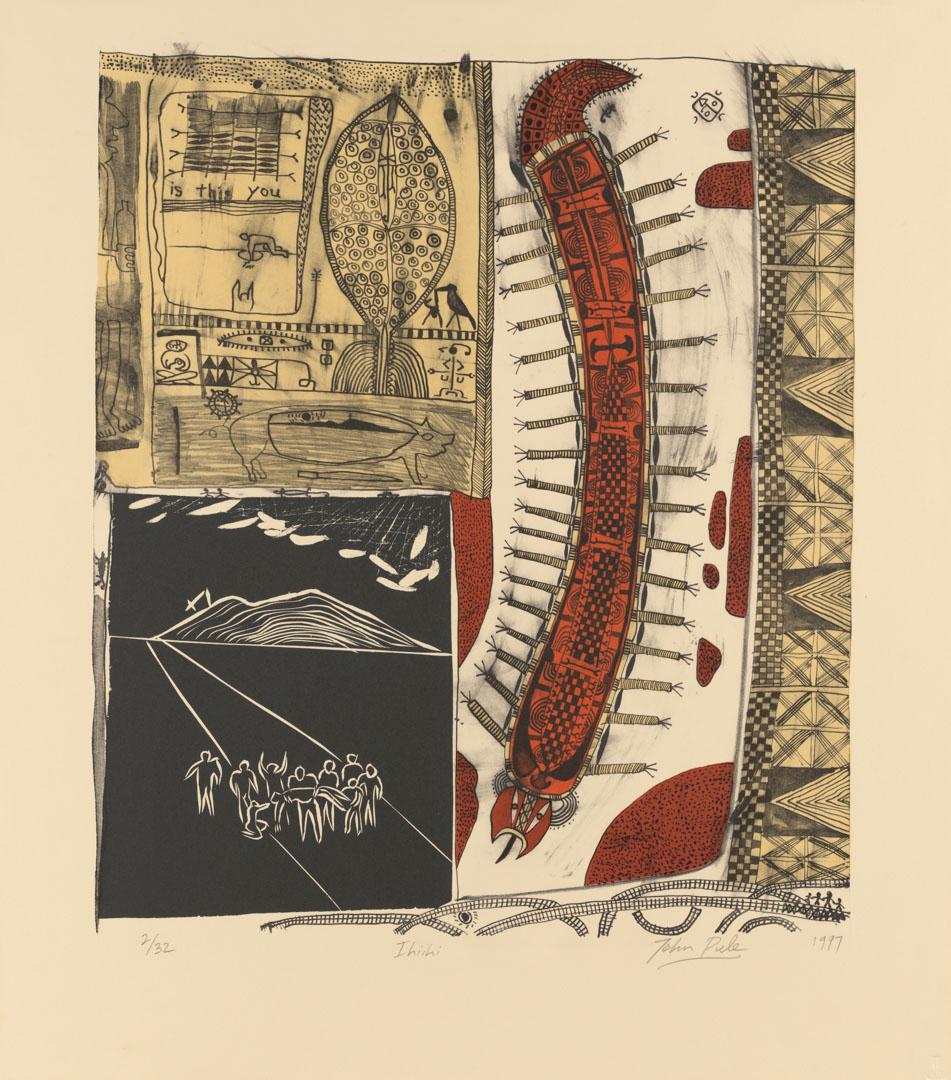 Beginning his career as a poet and novelist, John Pule expanded his practice to include drawing, printmaking and painting in the early 1990s. Central to the development of this practice has been the creation of an aesthetic that can accommodate imagery relating to many different moments in time. Interested in the power of prophesy and dreams, Pule's art works create a similar kind of condensed space, where creatures from myth are able to mingle with references to missionary history and personal narratives surrounding the experiences of migration.

The work Ihi ihi (divide) shows the influence Niuean hiapo or tapa design has on Pule's art. The beauty of hiapo has been ascribed to the way it provides visually exciting spaces. In some examples a very formal grid structures the work into bands of geometric design while others pulse with a combination of text relating to specific people and places and pictorial representations of mythical creatures or historical events, overlayed with stylised plant motifs.

Pule's prints, like hiapo, are visually complex. In Ihi ihi (divide) a band of pattern combines with an image of a mythical creature and various pictograms, including a black and white image of a weak Christ figure being carried towards Niue by Islanders who take his sickness onto themselves.

The title Ihi ihi means to divide, split apart, or open. From a very young age Pule was surrounded by stories about the places and people of his birth. These stories were often relayed with sadness. Ihi ihi (divide) conveys a sense of loss and division, reminding us that dividing or opening something up can also provide space for creation. In this print, Pule acknowledges the continuing importance of customary narratives, designs and places as they are now lived by the Niuean community in New Zealand.